Alexey Brodovitch is one of the great pioneers of modern graphic design. His inventions combining text and photography were groundbreaking, and his influence on modern-day layouts is inestimable. With over 250 exhibits, the Museum für Gestaltung Zürich is presenting an overview of Brodovitch’s entire oeuvre, which revolutionized the design of fashion magazines and photography. Nicely framed studio photographs, classically positioned text blocks: until the early 1930s, magazines were not very innovative in terms of design. This changed when the editor-in-chief of the world-famous fashion magazine Harper’s Bazaar became aware of Alexey Brodovitch (1898-1971) and gave him the position of art director.

From this point on, Brodovitch‘s work radically changed the fashion magazine’s design. He distilled photographs down to their specific details and used these as the basis for his layouts. Many of his innovative design strategies reinforce the architectural aspects of the picture, and thus emphasize its dynamic qualities. Brodovitch intuitively creates a series of harmonic compositions that contribute to the “flow” of the layout. The magazine becomes a graphic narrative that continually offers surprises and discoveries, like a film on paper. In this exhibition, visitors can follow the footsteps of the first art director and pioneer of modern graphic design. The exhibition is structured chronologically and traces the Russian designer’s meteoric career with posters, lithographs, photographs, films, fashion, and magazines. Over the past eight years, the Museum für Gestaltung Zürich has assembled the world’s most comprehensive collection of works by Alexey Brodovitch, which it is now presenting for the first time.

Scene Painter and Designer in Paris
Alexey Brodovitch grew up in a wealthy family in Russia. After the Russian Revolution he emigrated to Paris, where he initially made a living as a scene painter. In 1924 he unexpectedly won the poster competition for the annual ball of the Russian Artists’ Association and thus launched his career. Works that have never been shown before, Dada films by Man Ray, Fernand Léger, and Hans Richter, and animations created especially for the exhibition offer insights into artistic movements in Paris and Brodovitch’s early years as a designer.

Relocation to the United States
In 1930 Brodovitch was invited to the United States to teach the new techniques he had learned in Paris. There he also curated the exhibition New Poster, which brought together the work of many European and American poster artists. The exhibition in Zurich will feature highlights from the museum’s poster collection, including key works by A.M. Cassandre, Jean Carlu, and Herbert Matter.

The Master Class and Richard Avedon
In addition to his work for Harper’s Bazaar, Brodovitch headed a master class, the Design Laboratory. He did not actually teach there, and instead made the students responsible for their own creative development. Photographer Richard Avedon was one of the students who responded to Brodovitch’s call for constant innovation. Brodovitch soon gave Avedon his first jobs for Harper’s Bazaar, and together the two began to revolutionize the fashion magazine itself: They created two-page spreads with cinematic narratives, distortions in scale, and poetic reflections. Brodovitch and Avedon showed fashion in a new, documentary style. Models such as Audrey Hepburn and the legendary Dovima were photographed in the bustle of the big city and in trendy nightclubs. With such compositions, the two did pioneering work for a style of impressionistic fashion photography that perfectly matched the image that modern women around 1950 aspired to. Around a dozen outstanding fashion creations from 1935 to 1955 from the Swiss Textile Collection will augment the show in a sensual and atmospheric display.

Climax and Fall
The interplay between Brodovitch’s eye for graphic design and Richard Avedon’s unique approach to portraiture culminated in Observations in 1959. This photography book is not only an important work in the history of the medium, but also formed the starting point for Avedon’s further development and his emerging fascination for social disruptions, far removed from the fashion business and glamor. After the publication of Observations, Brodovitch and Avedon went their separate ways: Brodovitch succumbed to alcoholism and was fired from Harper’s Bazaar, after which he seldom worked as a designer. Avedon expanded his work with very personal and touching portraits of stars such as Marilyn Monroe, Charlie Chaplin, and many others, which round out the exhibition as loans from the Museum Brandhorst in Munich. 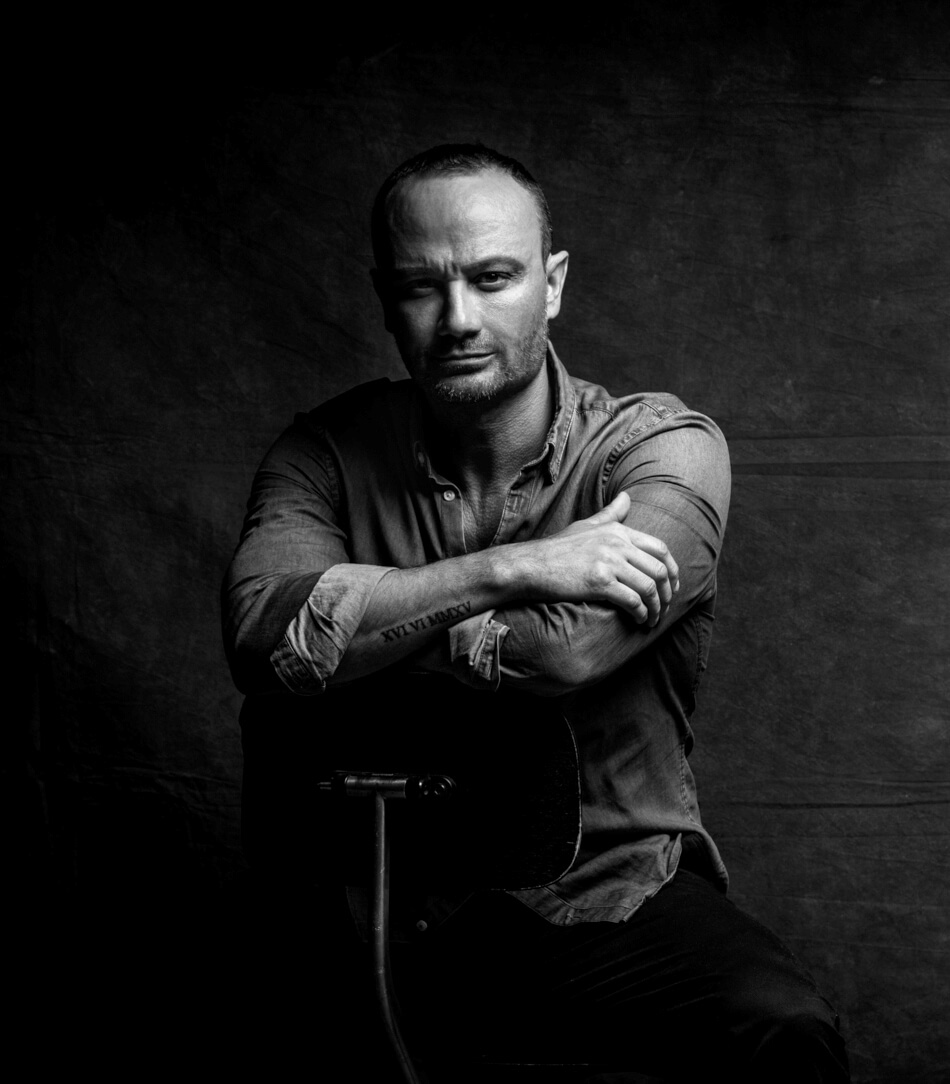 Marco Jacconi born in Bern, Switzerland, is a new media artist from Zurich with Italian and Moroccan roots. His complex compositions are based on surfaces and amorphous forms and the interplay of light and shadow. Read more

The artist was born in Bursa, Turkey, on 19 May 1989. He started painting when he was a child. The artist, who continued his interest in painting as an amateur hobby, started to study art in the visual communication and design department of Beykent University in 2007 and continued his studies in Milano Academy of Fine Arts as of 2009. The artist received graphic design and visual arts education and graduated in 2013. Read more 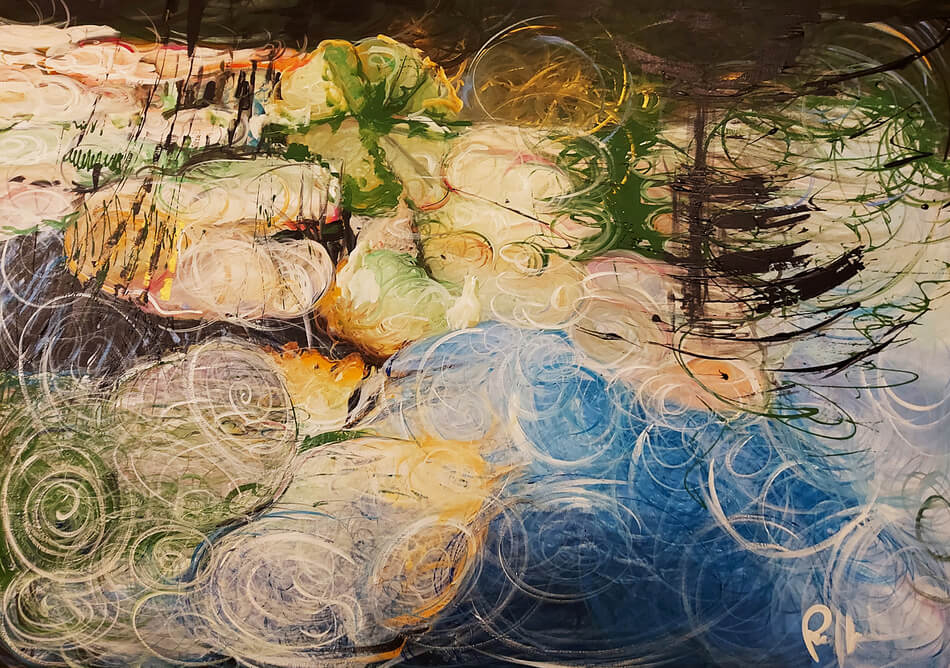 Raffaela Pederiva, born in 1971 in Farra di Soligo (Treviso) in Italy, after graduating in 1990 from the Istituto Statale d’arte di Vittorio Veneto in the graphic arts department, continues her studies at the ISIA in Urbino. In 1992 she took part in the Erasmus programme and since then she has moved to Germany. Read more 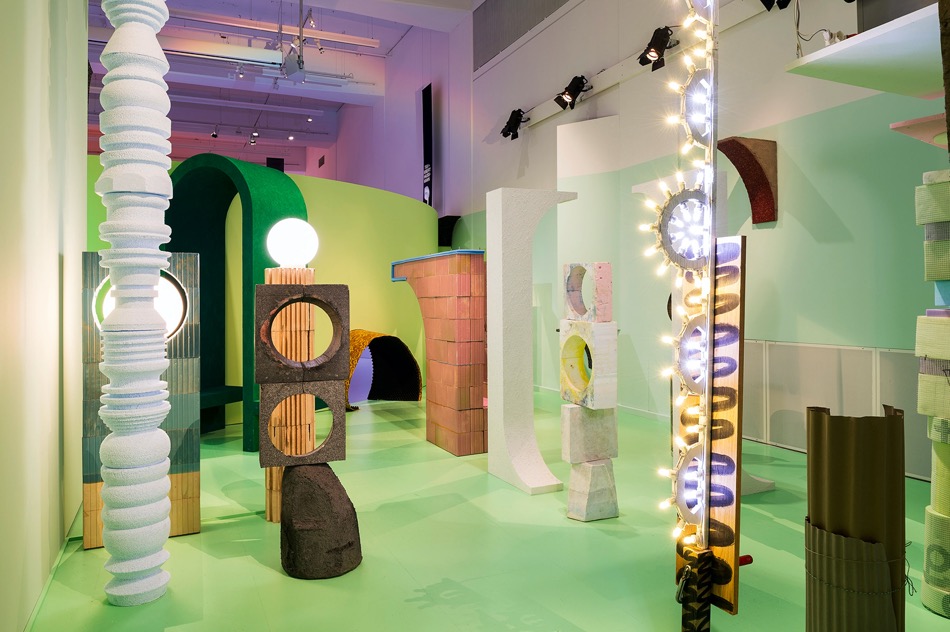 The exhibition Total Space at the Museum für Gestaltung Zürich invites visitors to immerse themselves in an overall sensory experience of space. Five design studios have created spaces for active discovery especially for the novel exhibition. While virtual formats are increasingly expanding the museum into the digital space these days - a trend Read more