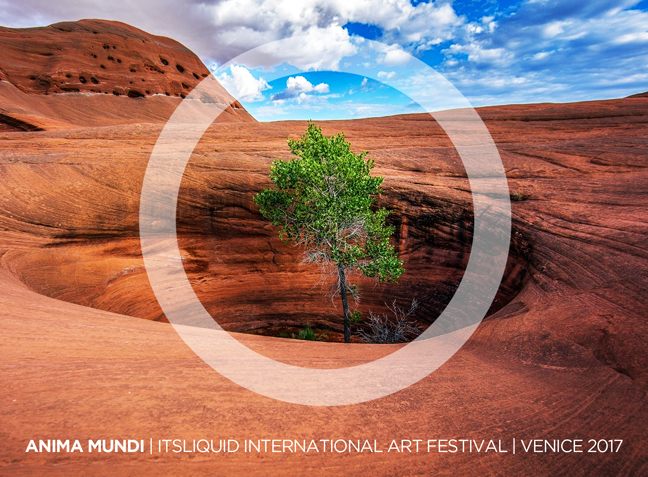 It’s LIQUID Group, in collaboration with Ca’ Zanardi, is selecting all interesting video-art, painting, photo, installation and performance art works to include in CONSCIOUSNESS, International Art Festival, that will be hosted in Venice, at Palazzo Ca’ Zanardi and other prestigious venues and historical buildings, from July 13, 2017 to September 03, 2017.

Selection is open to all artworks of video art, photography, painting, sculpture/installation, art performance and experimental dance. Artists, architects, designers, photographers, video makers and performers are invited to submit their works and projects by e-mail to lucacurci@lucacurci.com 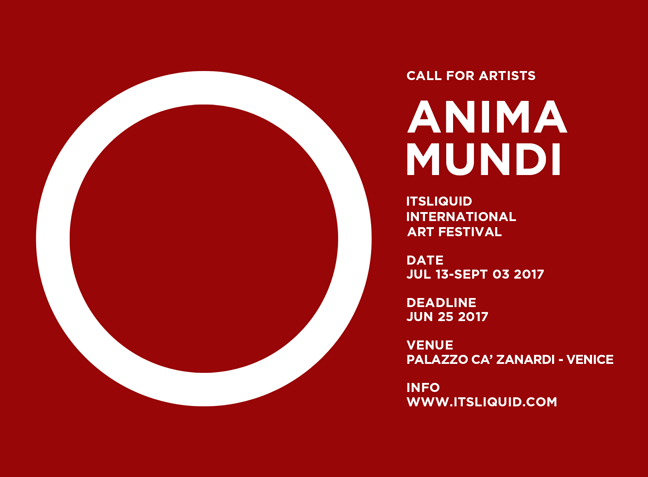 CONSCIOUSNESS is the second appointment of ANIMA MUNDI FESTIVAL, which will be organized in Venice at Palazzo Ca’ Zanardi, and other prestigious venues and historical buildings, in the months between May and November 2017, during the same period of the 57th Venice Art Biennale, titled VIVA ARTE VIVA, curated by Christine Macel and organized by La Biennale di Venezia, chaired by Paolo Baratta, hosted at the Giardini and the Arsenale venues.

ANIMA MUNDI FESTIVAL is organized and curated by Luca Curci (architect, professor of Urban Planning and Interior Design at the Bahcesehir University BAU in the department of Rome, founder and director of LUCA CURCI ARCHITECTS and It’s LIQUID Group) and Andrea Chinellato (director of Ca’ Zanardi). 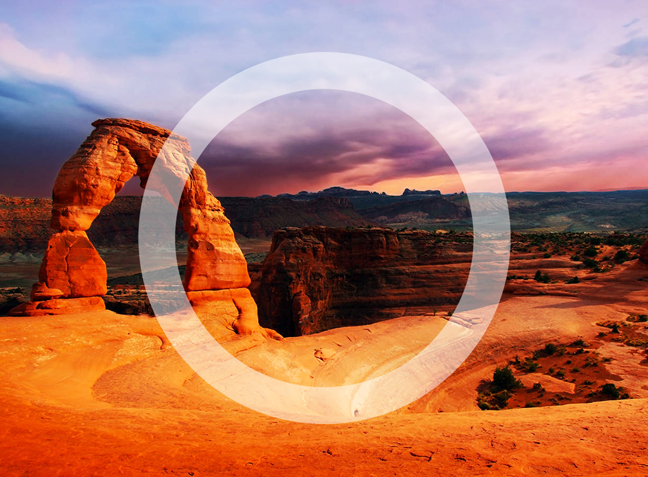 Each event will present an exclusive selection of artworks, video screening program, intense live performances, with its own dedicated opening ceremony and PR campaign. At the end of the whole exhibition cycle there will be the publication of a catalogue.

During these main events, will be presented works of photography, painting, sculpture/installation, design and architecture, video-art and live performance. 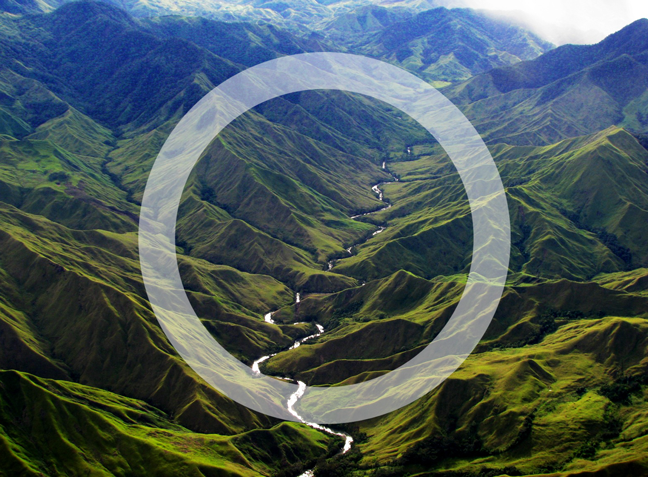 To take part in the selection, send your works’ submissions with a CV/biography, some still images (for video-art), links of videos/films/performances and pictures of artworks via e-mail to lucacurci@lucacurci.com 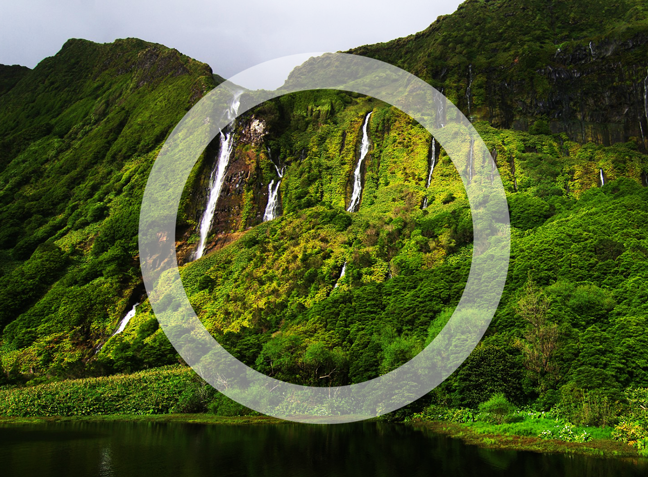 Artists interested in taking part in our shows, are free to be sponsored and supported by institutions, organizations, governments and their representers; the logos of their sponsors will be included in all the communication (digital and print) of the events. Artists are free to take part in one or more of the programmed events.

The number of works you can submit is unlimited. The participation in the festival requires an entry fee only for selected artworks. Participation opens to: artists, photographers, video makers, performers, architects and designers, associate groups and studios. 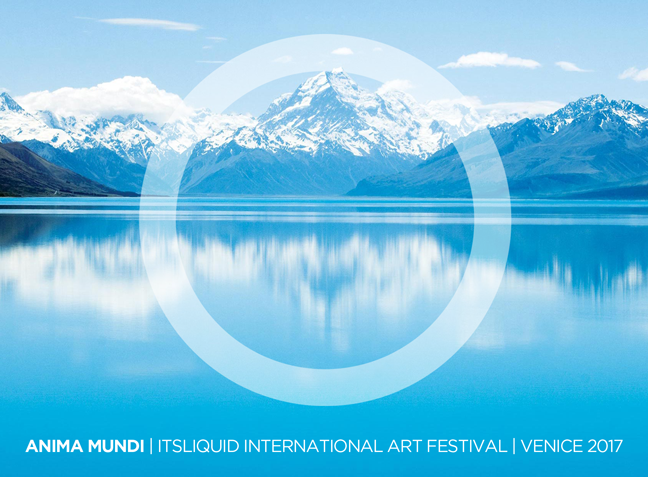 It’s LIQUID Group includes a section dedicated to international art events’ organization that manages exhibitions of photography, video art, installation and painting; it organizes solo and collective shows, art residencies and international contests. Its object is to use new technologies to globalize the language of art, to connect artists working in every part of the world. Since its beginning, the group has organized more than 150 events all around the world, involving more than 5.000 artists, in more than 60 international venues in Mexico, Poland, Turkey, Argentina, Canada, Italy, Australia, USA, Portugal, Colombia, Croatia, Greece, India, etc. Most of the last events have been realized in museums (CCCB – Centre de Cultura Contemporània de Barcelona in Spain, NCCA – National Center for Contemporary Arts in Moscow, etc.), galleries and private foundations.

It’s LIQUID is based on fluidity, motion, connection and accessibility. Making things easy to do. 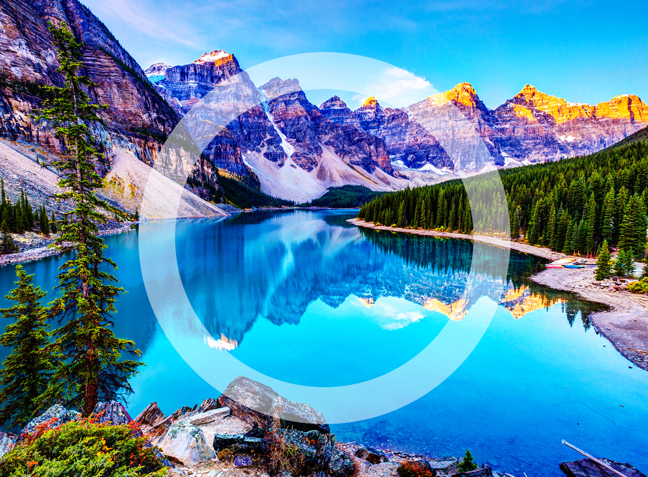 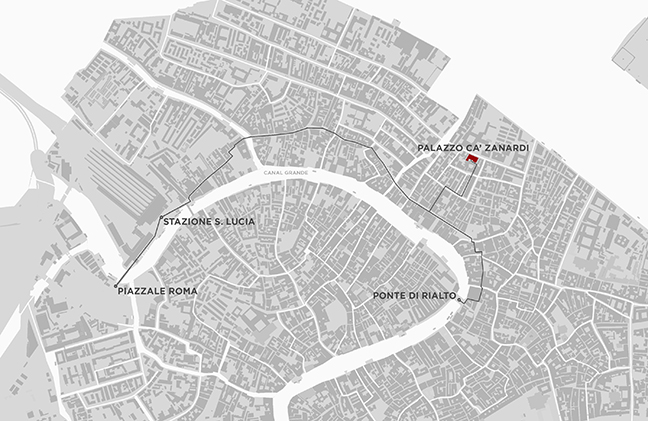 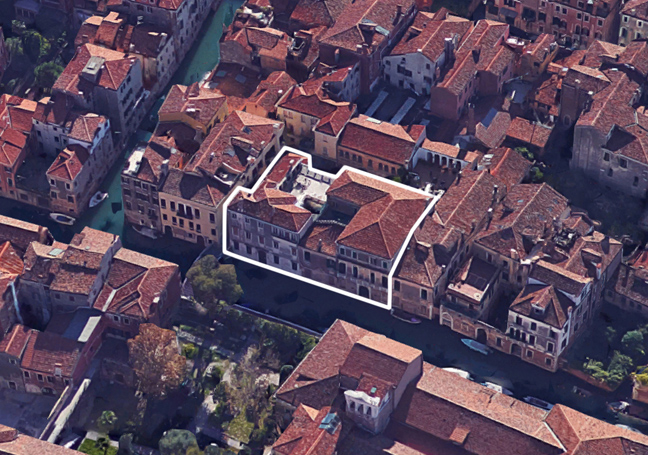 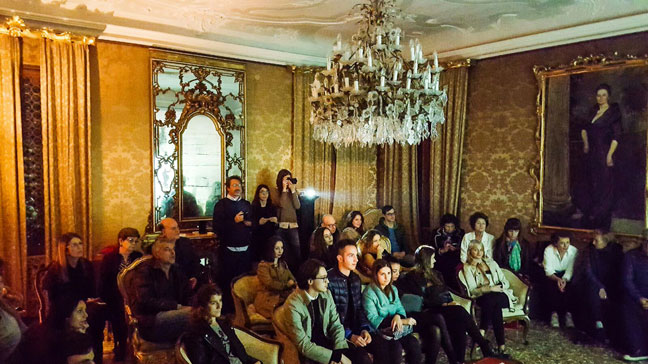 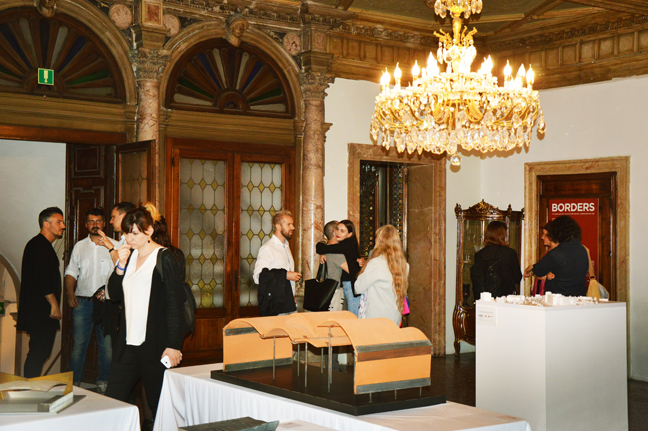 Exhibition opening of BODIES+CITIES SKIN at Palazzo Ca’ Zanardi on May 28, 2016 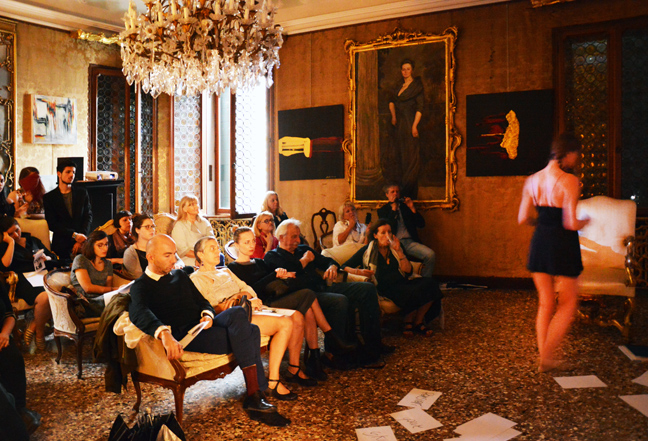 Image courtesy of Luca Curci. Exhibition opening of BODIES+CITIES SKIN at Palazzo Ca’ Zanardi on May 29, 2016 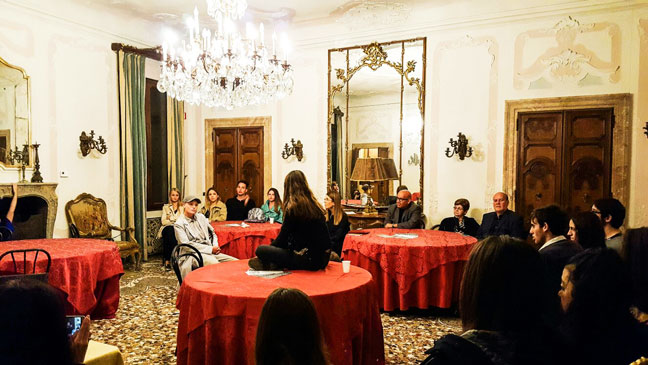 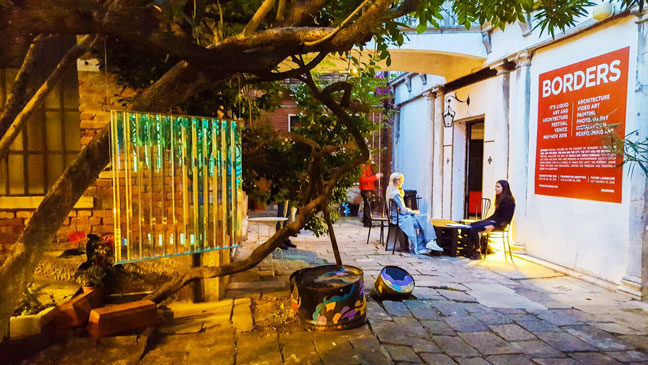 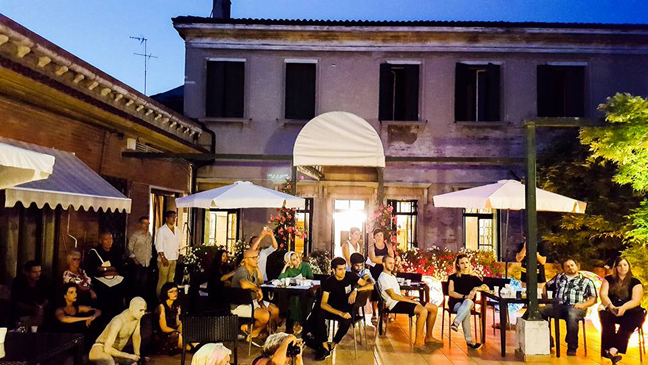