The work of Charlotte Johannesson (Malmö, 1943), a textile artist and digital graphic art pioneer, is an early example of the conceptual synchrony between artistic languages and a technique involving computer programming and the loom. The binary nature of the image resulting from both technologies – produced both by zeros and ones and the weft and warp – facilitated the artist’s transition from weaving to computer-based art.

As a self-taught artist, Johannesson remained, since the outset of her career, on the margins of gallery and art market circles and, together with her husband, artist Sture Johannesson, opened Cannabis in 1966, a gallery and studio in Malmö and a point of convergence for the Swedish counterculture scene, of which she was a part during that same decade and the one that followed. Her work with the vertical loom drew influences as much from Swedish-born Norwegian artist Hanna Ryggen and her folk art with its strong political stance as the social and political protests in the 1970s.

In her tapestries, Johannesson questions the predominant artistic canon via a material and technique traditionally associated with the female world and artisanship, and through the use of images from comic books and the media, adding a satirical slant to turn them into a medium of social outcry, as exemplified by Attack (1977) and I’m No Angel (1974).

In 1978, she swapped her loom for an Apple II Plus, one of the first PCs launched on the market. Charlotte and Sture had already come into contact with the founders of Apple in California and, when the first computers with screens appeared, in Malmö they created Digitalteatern (Digital Theatre), a platform of technical and visual experimentation that ran from 1981 to 1985. The lack of specific software to create digital images prompted Charlotte to learn, autodidactically once again, computer programming.

Noteworthy among her digital graphic art pieces are Faces of the 1980s, portraits of popular culture figures such as Boy George, Bjorn Borg, Ronald Reagan and David Bowie; Me and my computer, and Human med satellite (1981-1985), which combines images of hyperspace, self-portraits, mythological figures and technological references.

The exhibition Charlotte Johannesson. Take Me to Another World, the first monographic exhibition of the artist in Spain, includes textiles from her early work, both originals and reproductions of lost pieces, five of which have been made specifically for this show.

In addition, Johannesson has made twenty new textiles through digital designs from the 1970s, woven on a digital loom, and therefore closes the cycle of relations and intrinsic references between her textile and digital work. Her graphic designs, meanwhile, will be shown on two supports, printed on paper and via digital projections, granting a view of the experimental drift of these images and her investigations with the colour and line of computerised art-making. 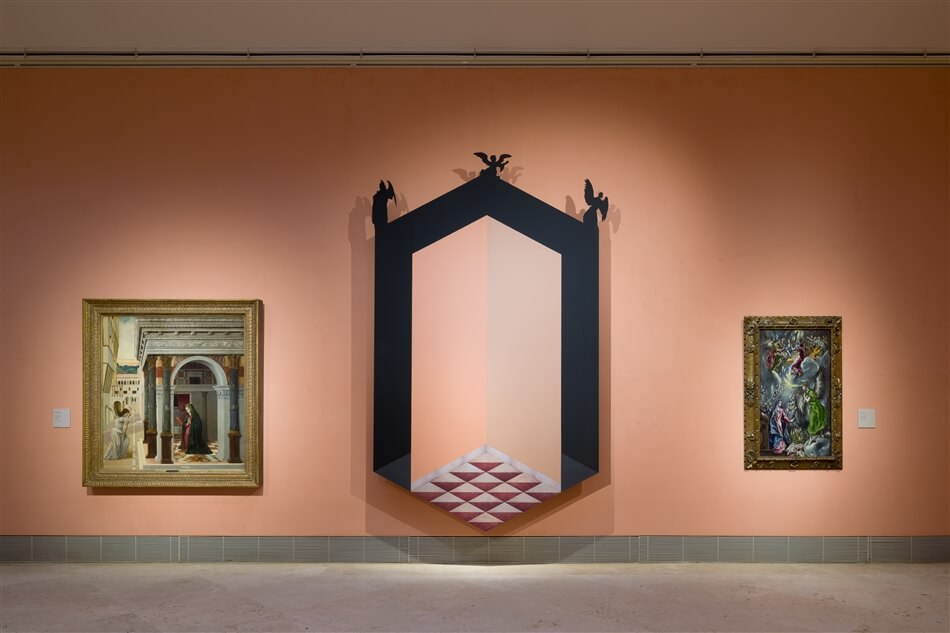 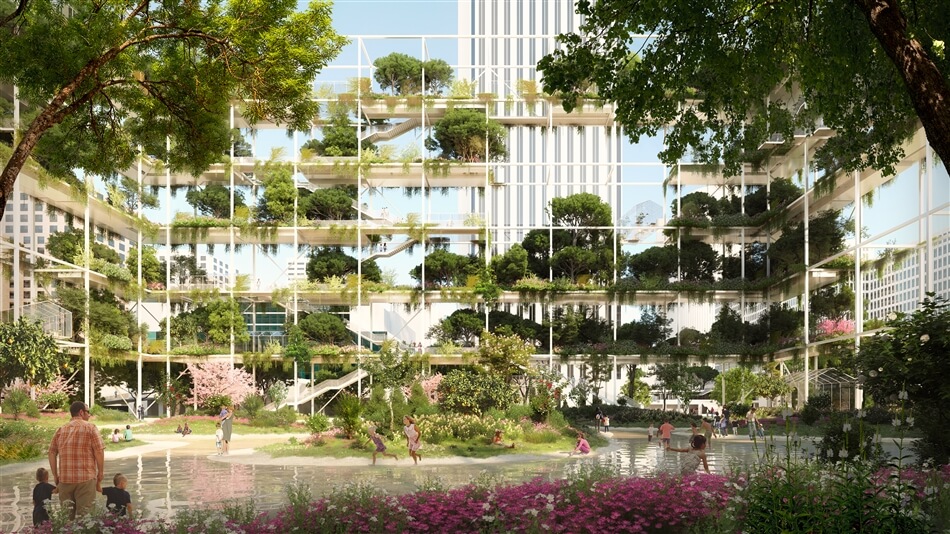 "Salón verde" creates a green "living room" for Madrid at the centre of the AZCA district. Read more 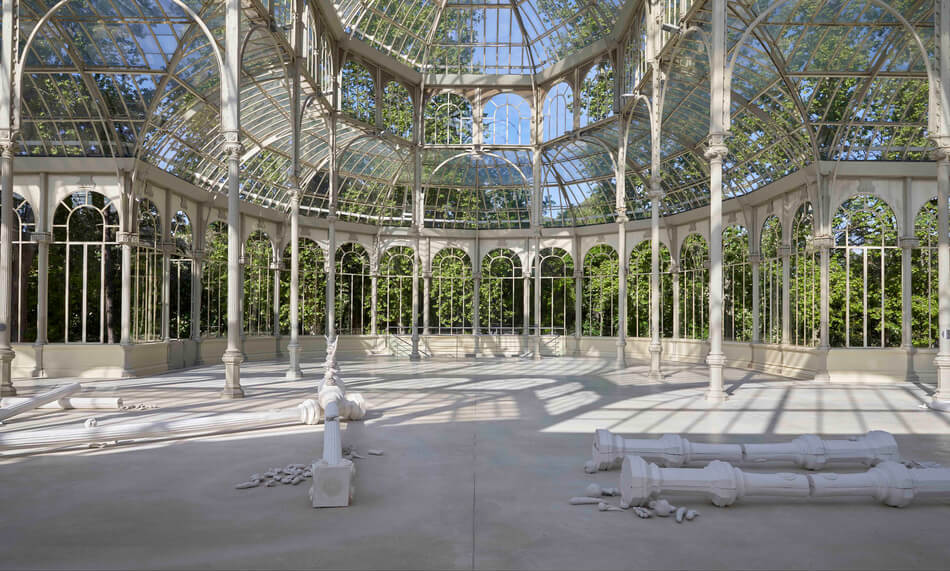