Born in Tel Aviv Israel, from an early age he became interested in design and painting. He began refining his craft while working at some of the most prominent graphic design studios in Tel Aviv and concentrating on painting images of urban life and its inhabitants. He completed his formal art studies in 1982 at the American Institute of Art and studied with the Master painter Isaac Holtz. Natan travelled and studied in America and Australia. While living in Australia, he opened an art gallery and a studio. During that time, his personal art was abstract, while at the same time creating designs for television shows in Melbourne.

Natan‘s creative process begins with classic realistic painting, after years of drawing (from childhood) he miraculously found himself drawing perfect hyper-realistic characters with no advances and learning phases, at a peak point of achievement (in his opinion) of technique and polish, The question arose where he was with all the impressive perfect images, after years of distorting and stripping the realistic style – Natan left with a simple line with no details or descriptions, a clean line attuned to inner feelings of hidden desire (a line of hope, he says).

He brings together characters drawn in simple lines that leave hollow figures floating above a backdrop to this movie called Life. The character, as disenfranchised from the background, seeks freedom from the pendulum of senses, nature, a meeting of two states of consciousness. The background is as projected from the thought (as you can say – what man thinks that is where he’s at) as opposed to line figures that reflect real hidden desire.

Intrigued by various visual ideas, and different techniques, refers to painting as a show, not compromising the level of excitement, wooing the same point where painting begins to a kind of spiritual presence that radiates and reaches the observer’s heart. Natan aspires that painting should not remain as a colour material on canvas, according to him the combination of balance and movement gives birth to a truly spiritual layer, Electricity is generated so painting is not just an object to be seen and enjoyed by all its components. Topics that inspire Natan’s creation are the person facing the world, mental states and states of consciousness.

Natan has experimented with great success in a variety of areas related to visual arts such as product design, graphics, stage setting and stage studios, book illustrations and scrolls, classic painting hyper-realism, Judaica and more. Contemporary art is the most authentic tool in which he expresses his point of view of the world. Currently, Natan is exhibiting his artwork at Ayelet Booker Gallery in Tel Aviv, George 5 Gallery in Jerusalem, Judaice art exchange Gallery in Miami Florida, A&E fine art gallery and The Bo Gallery in Lakewood NJ.

“All the attention and preoccupation of man is directed and concentrated in the body with all his senses and the world in which he is found, the picture seems to be complete and logical, the body is material and such is the world around us, nature. In such a reality when I am lacking I am not particularly happy, and when the downside is filled, I am happy, but this joy is momentary until the next flaw. Something in me did not agree with this pendulum of joy and frustration. This feeling did not allow me rest and gave rise to introspection and the search for who I really was.”

“The person I am perhaps is something deeper that lived within me that I abandoned and ignored for all the years. In modern art and especially in abstract art we see very clearly the same frustration and the beginning of the search for the essence of this film in which we live. When you take a classic whole image and begin distorting and translating it, it shows that there is a search, there is an understanding that the truth is not in the same realistic and beautiful figure. For years I painted realistic almost photographic characters and over the years I began to deconstruct the characters until I was left with only a line drawing, I realized that the line expressing the deepest desire in me, the inner will, a line in Hebrew is from the language of hope. I began to realize that the real self was the same.”

“The line figures I draw are displayed into background or scenery expresses a state of consciousness, like slides projected from the mind, thought creates reality as you can say that as the person’s thinking that’s where he is at. When you look at the painting you begin to feel that there is a hollow inside us that we are actually naked. The delusion of fullness turns out to be like a set of scenery that we are busy with and nurture just to avoid meeting this hollow, the matter is only when you meet that inner space you feel and experience it from that point – only then does the real question arise What do we really wish?” 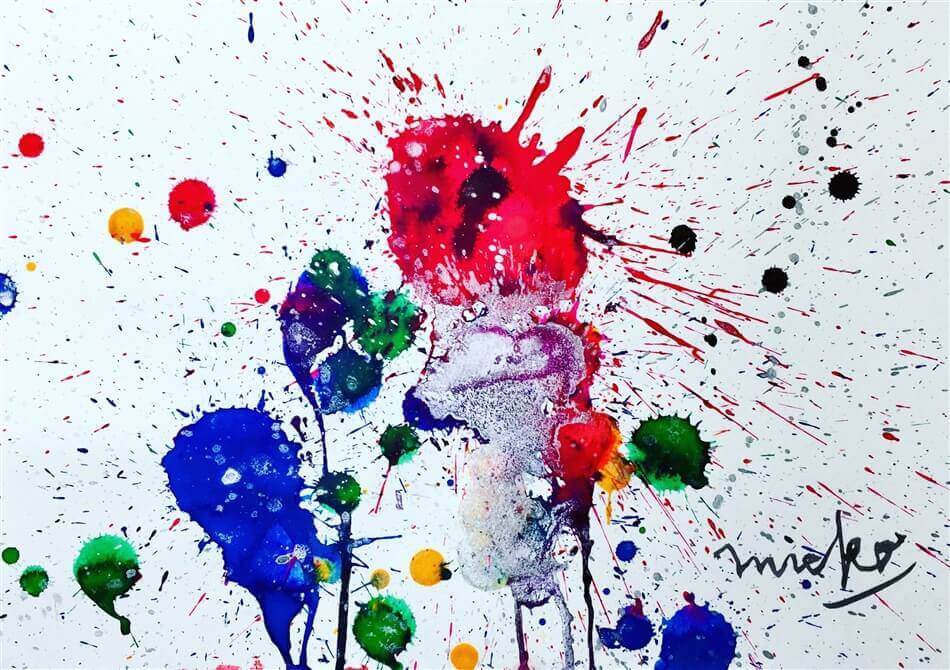 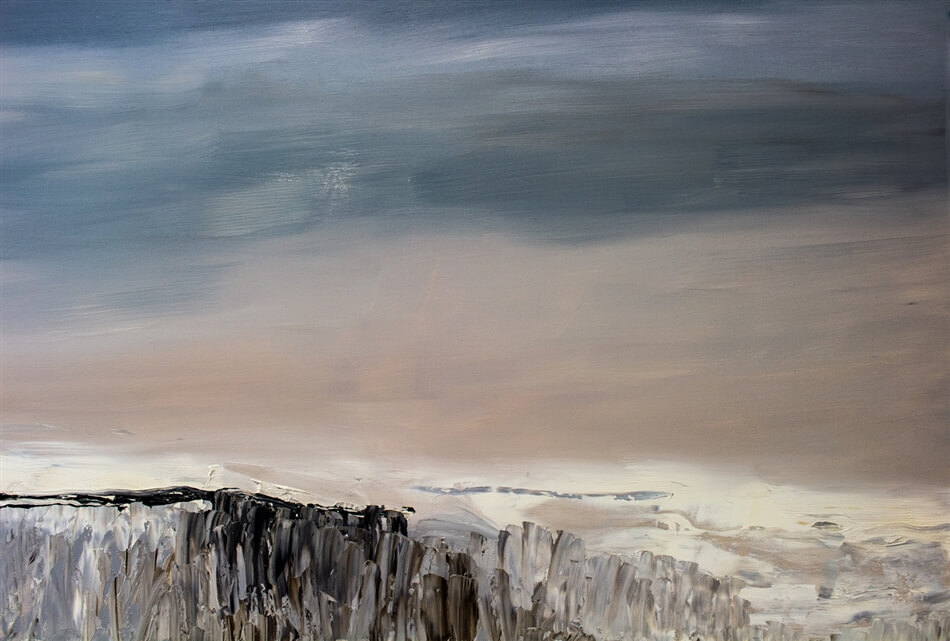 Ivanna Plaza Frattari is an Argentine visual artist; she has managed to take her paintings to various places in the world, in it, she shows much of the desert environment where she grew up (San Juan-Argentina) from an impure palette, broken colors, Ivanna begins to deprive us of some certainties. Read more 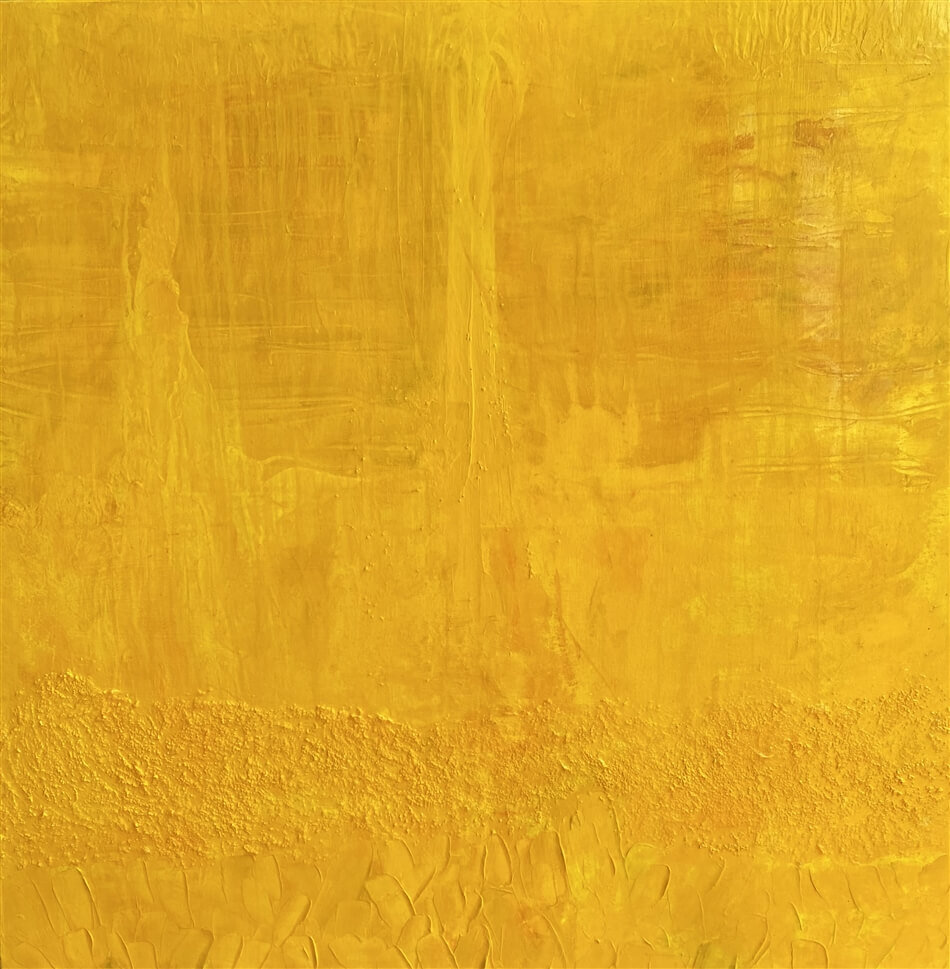 Energy is something we so often take for granted. We fail to recognise its vital importance and its necessary presence. Without energy, there is nothing, there will be nothing. Read more 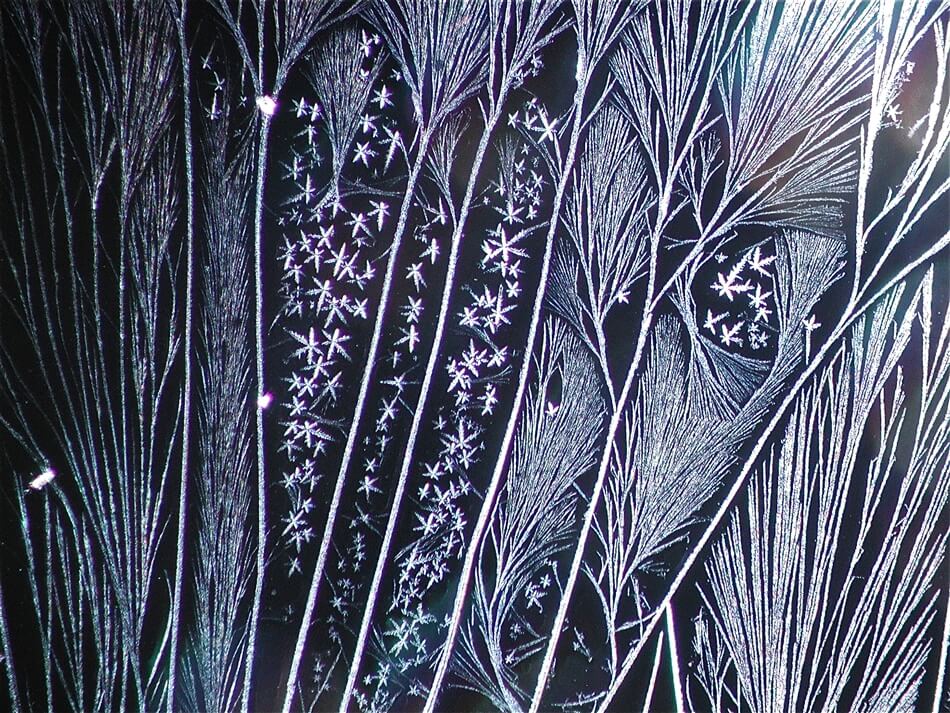 "Wine is a liquid form of existence because it tastes like life, that has created and transformed the fruit as it has created and transformed man since the beginning of everything". Giorgio Mercandelli is proposing the first expression of liquid art. As a work of art, wine is the finite expression of the infinite life flowing in the world, the same life that reflects the relationship between the author and the vineyard. Living water is the element in which the life of the vine flows and during the year the sap turns into the coherent water of the grapes. Read more