‘I have always loved cinema and during my adolescence, I dreamed of becoming a movie director. When I discovered fashion and its narrative power, I decided to become a designer. It was for me a natural evolution of a dream.’

After High school, Pierpaolo Piccioli enrolls in the Istituto Europeo di Design, in Rome. Commitment sets in during the first years of work in the atelier. After his first experiences, in 1990 he arrives at Fendi to work on the brand’s accessory line. In this period he approaches the heart of the profession: the contact with high Italian craftsmanship and the possibility of experimenting with a new approach.

‘Working closely with the artisans and with the Italian expertise has been fundamental. It has allowed me to understand and perceive the rules in order to break them and rewrite them. Savoir-faire is the basis of the designer profession. It is the base from which each creative process begins.’

After Fendi, together with Maria Grazia Chiuri, he arrives at Valentino to develop the emerging accessory line. It is the beginning of a challenge: to lead the great tradition of the Valentino Couture from dresses to objects, maintaining intact the tradition, the cure and the creativity of its founder. The experiment works on all fronts. In 2008, Pierpaolo Piccioli e Maria Grazia Chiuri are nominated Valentino’s Creative Directors.

‘From the first days, the most important task on Valentino’s heritage has been to accomplish the perception, the idea and the essence of the Maison rather than reproposing pieces of its archive. It has been a creative process that took as a model the modus operandi of the Atelier of Couture. In other words, human excellence is portrayed in every single detail. From the fashion shows to the collaborations, to the stores.’

In just a few years, Valentino has become a brand of reference for the fashion system and an international success case. In 2016, with the exit of Maria Grazia Chiuri, Pierpaolo Piccioli is nominated sole Creative Director of the Maison. It is the start of a new era, a further evolution for the Italian brand.

‘I am interested in the idea of humanism that nourishes creativity. The human connection that forms this Maison is for me the best team possible. Here I have discovered that no innovation can exist without a profound knowledge of tradition. At the same time, I know that the sense of limit that springs from this awareness gives you the freedom of thinking of how to trespass it. This, in synthesis, will be the new Valentino direction. A human narration, personal yet unanimous, of a story that is yet to be written.’

Looking to its community, Pierpaolo Piccioli continues to convey the values of authenticity and individuality by creating, and not imposing, a conversation with diverse communication channels and artists. A new method of delivering messages where the viewer is enriched by feelings and beliefs. Pierpaolo Piccioli believes art is a lens through which one can really touch the nature of the most intimate feelings.

For the artists chapter of Valentino Collezione Milano, Maison Valentino has worked with five international painters, giving them complete freedom to create a work of their choosing, which includes a Valentino Garavani accessory from the collection.

Each of the painters is an emerging talent in their area and on the global art scene. Louise Giovanelli, from the UK, created a hyper-realistic painting of the Valentino Garavani Roman Stud Top Handle, while Alexis Ralaivao, from France, painted a cropped-in portrait of the same bag in a striking pink hue.

Finally, Iori Nagashima, from Japan, created a work using the Valentino Garavani Roman Stud Crochet bag on a subject under rainfall. In all, each work is a testament to the freedom, voice and creativity of each artist.

Maison Valentino
The Maison Valentino was founded in 1960 by Valentino Garavani and Giancarlo Giammetti. Valentino is a protagonist of international fashion, and from 2008 until 2016, has gone through an impactful creative evolution.

The Maison Valentino plays a major role in the luxury division through tradition and innovation, a necessary combination for a creative industry that generates a sense of beauty. Valentino’s fashion is displayed through the Haute Couture and Prêt-à-Porter lines for women and for men and through the Valentino Garavani accessories lines that include shoes, bags, small leather goods, eyewear, scarves, ties and fragrances.

An aesthetic, contemporary vision and the excellence in the execution, are the guidelines of the industrial process and of the artisanal and handmade workmanship that are entirely produced in the historic Atelier of Piazza Mignanelli in Rome, where the specialized ‘Bottega Couture’ couture school, has recently opened. 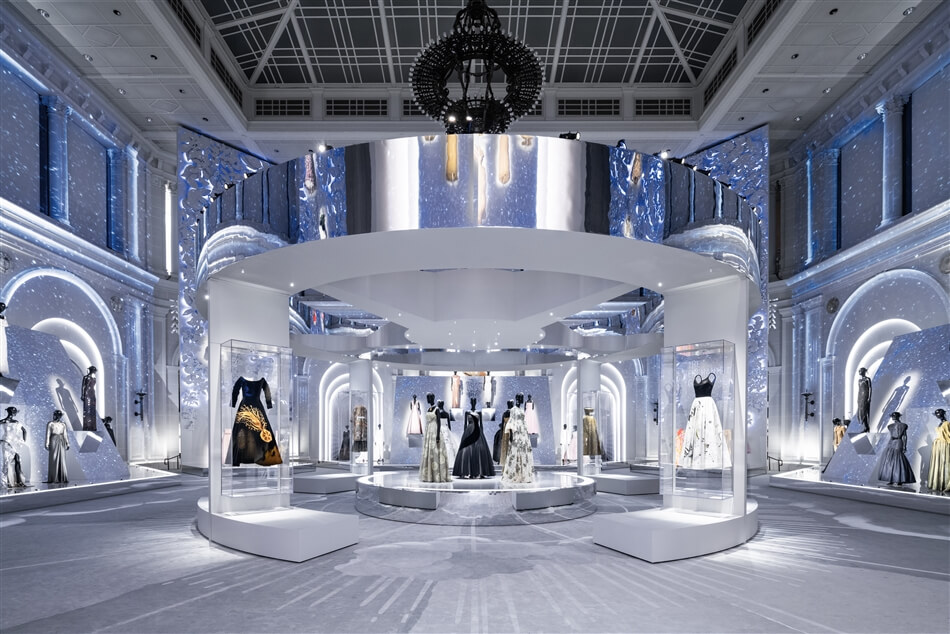 Christian Dior: Designer of Dreams explores the more than seventy-year history of the House of Dior with over two hundred haute couture garments Read more 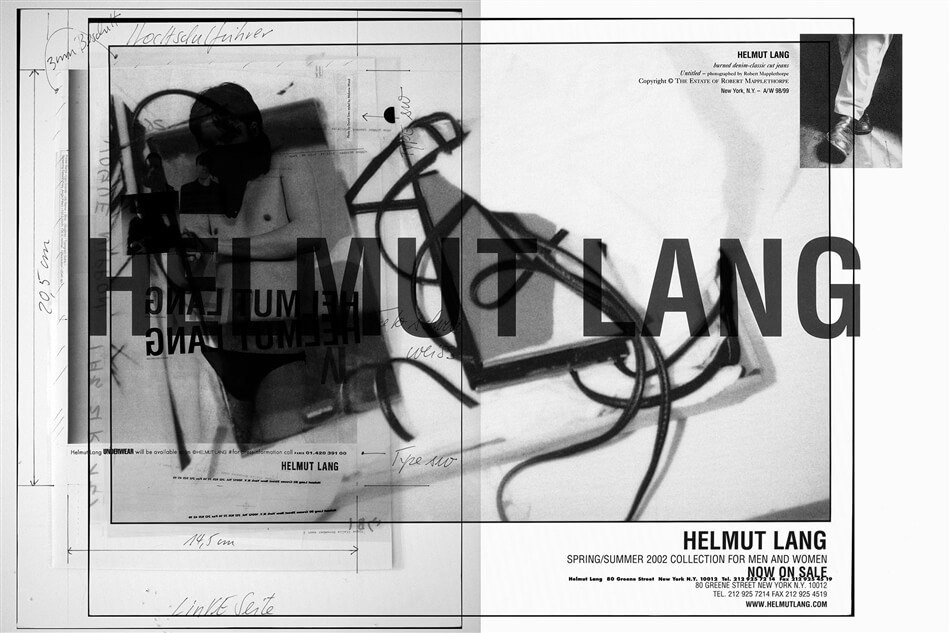 Until 12 July 2020, the MAK is showing a temporary intervention by Helmut Lang in the HELMUT LANG ARCHIVE, questioning the archive as a simultaneous collection, storage, and exhibition place, as a store of memories, and the potential of its use. Since retiring from the fashion industry in 2005, the 1956-born Austrian has concentrated on his artistic work, and 20 international museums have received his donations. The MAK is the only institution worldwide where the history of Helmut Lang's brand development and identity can be traced. Since 2014 a thematic area in the MAK DESIGN LAB is permanently dedicated to Helmut Lang. Read more 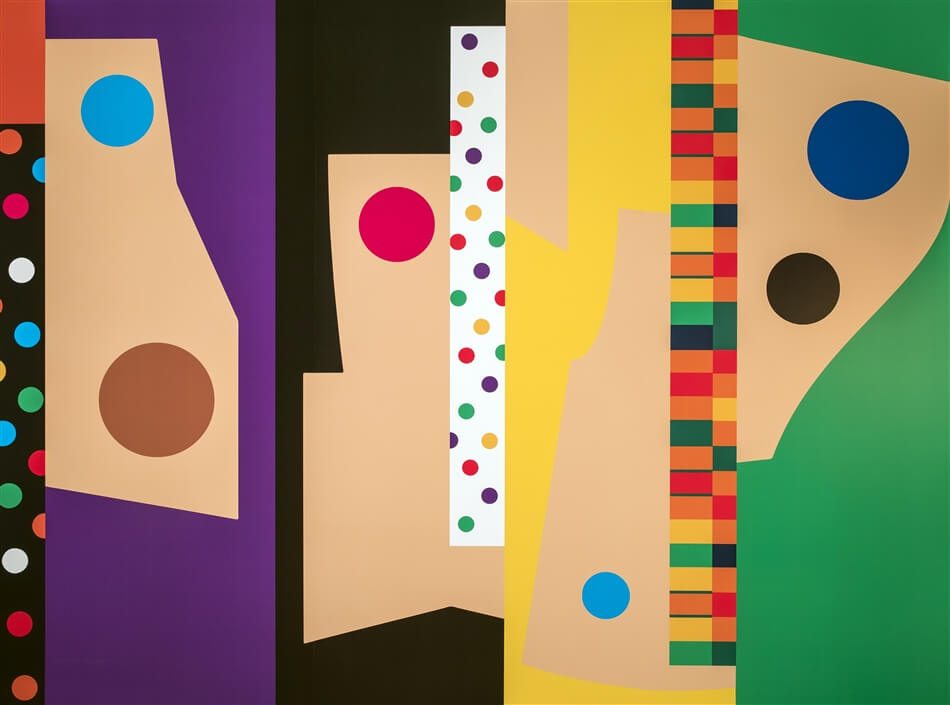 The Savannah College of Art and Design presents "Patrick Kelly, The Journey", an exhibition of work by multidisciplinary artist Derrick Adams, now on view through July 19, 2020, at the globally renowned SCAD FASH Museum of Fashion + Film in Atlanta. Read more