Alessandro Ienzi is an Italian author and director, founder of Raizes Teatro, an international theater company that promotes human rights through the arts. Winner of the International Human Rigths Art Festival in New York, and of the Permio Città Laboratorio delle Orestiadi in Gibellina, he is director of the Human Freedom 21 program, organized by Raizes Teatro with IHRAF in New York, the Global Campus of Human Rigths in Venice and Avant Garde Lawyers of Paris.

Luca Curci – What are you currently working on?
Alessandro Ienzi – I am currently working on two theater projects: My Name is Patrick Zaki – 45 Days a theater performance, dedicate to the human rights activist who is currently being held in Tora prison, in Cairo, since February 7 2020. The performance won a the Orestiadi International Award, and will be on stage in Tindari and Palermo in Sicily, and in Venice, sponsored by Picture People and the Globla Campus of Human Rights. The performance is a mix of Italian, Spanish, French and English and mixes also video and theater, and some masterpiece by Bezinski and Basquiat. It is a journey through some of the most important political and war events that involved the world since 9/11 2001. The second project is Coraticum, a performance with 8 actors telling the story of migrants from all over the world who cross the sea to find peace, democracy and freedom.

LC – What’s your background? What is the experience that has influenced your work the most?
AI – I am a human rights lawyer, I graduated in Palermo, but I had also some important training and working experience all over Europe in France and Spain. I graduated as actor and director in one of the main school theater in Italy and I have been working all over Europe with important companies, and I took part to some important international theater festivals. I also studied international relations at SIOI in Rome, at UNITAR and at Global Campus of Human Rights. In 2018 I founded Raizes Teatro, a theater for human rights company which won several awards all over the world, presenting theater and multimedia works on human rights issues. The experience that influenced me the most is my childhood, everything I looked at when I was a baby, the people I met, and some tough events that occurred when I was a baby, lead me to develop my artistic sensitiveness and the need to tell stories about the world, about the way it really is which is not always the way we figure it to survive.

LC – Did your style change over the years? In which way?
AI – My style is always changing. At the beginning I used to make the actors play in an empty space, just with their imagination, helped just by music. I wrote some monologues, which were very intense based on children’s stories. Working everyday and rehearsing I started using objects and other artworks like paintings or videos and every time I start working on a new play I need more silence, during the piece and less words, and I also need more connection between the audience and the actors.

LC- What is the most challenging part about creating your artworks?
AI – Making theater means to listen something that is already there, that is already happening, you can just be careful, and try to catch it for a moment, for that moment, finding the right connection between yourself, reality and your inner sensitiveness. There is nothing we can really make up or create, we can just breathe and catch something that is invisible but already present. To be calm, and patient, to face the fear you feel when you try to listen a story is the most challenging part of this work, to be in the in line between life and death as long as you can, create a link between the actors and the audience.

LC – What is your creative process like?
AI – My creative process starts reading news, and listening to some music I find somewhere, even on radio or on the tv, or that friends or actors send to me. Then I meet the actors in an empty space, our rehearsing room. We have nothing, just ourselves, our doubts, our fear, our feelings. We start making exercises, working on our bodies, and our voices, as soon as we are begin to be tired of our impossibility to be creative, to be stuck in this everyday nonsense, something happens, the travel starts. We have just a few part of the story, we don’t how it will start or end. Actually is the story that finds the group. We just accept it and thank for it. One day we understand we are the story and that we already knew it, and we work on the rhythm, and the structure, we are ready to meet the audience.

LC – In which way the artwork presented in our exhibition is connected with the festival’s theme?
AI – The festival deals with contemporary world. Our performance FREE TO BE, tells the story of several activists asking for freedom and democracy, Shady Habash died in Tora Prison for this reason, Ramy Essam, his friend, is an outstanding rocker who sings for rights, Sarah Hegazi killed herself after being raped in prison, Patrick Zaki is still waiting to be free, Marielle Franco was murdered by two killers in Brasil for her lgbtq campaigns. Is that the world ? Do we shame for that ? Or not

LC – Do you think ITSLIQUID GROUP can represent an opportunity for artists?
AI – Itsliquid is a great opportunity for artists, because it creates the right place to present your work and to improve your network. Art needs this kind of opportunity. Its liquid spreads art, on social medias and live and allows ARTISTS to meet audience and producers. We were very glad and honored to be part of the program. 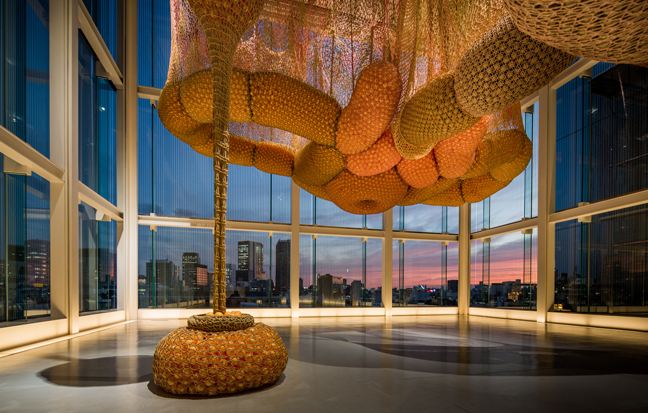 Madness is part of life… 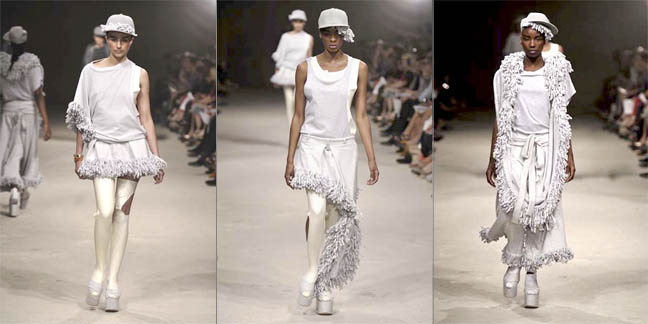 Nano Aoshima Tokyo born Nano has been living between England and Japan since the age of twelve. Her experiences from both sides of the globe have shaped her identity into one of a mixture of Western and Eastern cultures: producing a worldly wisdom and super-open mind. With an admiration for Japanese preconceptual fashion and the […] Read more