Luca Curci talks with Anastasia Lobkovski during PLACES the second appointment of SURFACES FESTIVAL 2018 in Venice.

Anastasia Lobkovski is a visual artist and director based in Finland. She was born, in 1981, in finnish-russian-jewish family in Moscow Russia. Her family moved to Finland in 1993 when she was a child. Anastasia Lobkovski has painted since her early childhood and in her high school years she got interested in film and started making first short films. Lobkovski has graduated as MFA from The Finnish Academy of Fine Arts in 2013. She has also Master of Arts degree in screenwriting from Aalto University`s filmmaking department (2017). Her works have been seen at art exhibitions in Finland such as Young Artists at Kunsthalle Helsinki; The Art Museum of Jyväskylä, Gallery AARNI Espoo and overseas at Aratoi Art Museum New Zealand and The Room Contemporary Art Space Venice Italy. Anastasia’s short films have been screened widely at the film festivals such as BFI London Film Festival (UK), Moondance (USA), Busan Art Film Festival (South Korea), Reykjavik Film Festival (Iceland) and 70th Edinburgh International Film Festival, Scotland.
Lobkovski`s short film “The boy who was afraid of Nothing” was nominated as one of the best European short films at Camerimage Poland, 2013. Her first feature film screenplay in development won Juri Sillart Visual Prize at international ENGAGE workshop in 2014. Her short films have won awards at international film festivals such as NUFF 2008 (Norway), HIIDA Hollywood Independent Documentary Awards 2016 (USA) and ARFF Berlin 2016 (Germany).
Beside her own projects she works as a casting director for art house feature films most known for “The Happiest day of Olli Mäki”, directed by Juho Kuosmanen, that premiered at Cannes 2016. She is a member of MUU Artists` Association (Finland), The Association of Espoo Visual Artists and Videothéque Art Stream, New York (USA). Anastasia Lobkovski – Art was present in my life since quite early childhood. Our family had a painter Svetlana Dubinsky living next door who had children similar age to me, so we played together at their home and I got interested in colours and painting since that time. When I was around 10-years-old I went taking painting lessons and the teacher had a huge and very kind, black dog. It was always a lot of fun spending time there. We students painted that dog a lot and the teacher showed what can one do with colours and light, he taught me how to see. After that we moved to another country and I did not speak the language, so I painted a lot during the first year. Then I learned to speak and in my teens focused mostly on hanging around. When I was 16 I needed a summer job and got it at a local TV-station.  I ended up staying there for 2 years running and hosting a TV-show that introduced music and new films. It was inspiring. I met a lot of different people and learned a lot. During that time I got interested in film. It was 1999 when I participated for the fist time in an exhibition, the place was Jyväskylä Art Museum. It is typical of me that I participated with painting, a photo series and a short film. Working with different forms of art is natural for me. I feel that every idea has its own form.  One is suitable for a painting, another needs to be a film. A.L. – I’m developing a feature film and searching for a ways to make it.

A.L. – With painting the process is very intuitive. Colours and shapes knows their way. The process of painting can take an hour or weeks, it depends. It is communication of certain feeling or subconscious ideas. When I feel the painting is ready I look at it and only after it is finished I can verbalise what it is about, what it`s name. Film works are a lot about planning beforehand. The idea needs to be found first and it should be interesting and resonate with how I feel and think about the world. Filmmaking process can take years, so it is very important to find a truly interesting idea, something I want to explore and that might be interesting to other people also. After finding that idea I start to search for a right form for it and cast actors and collecting a crew. If it’s possible to make independently I start to make it.  Some bigger projects needs to find finance and it is the most difficult part of filmmaking process, how to find money to get a film done.  Most of the times if the idea is good and I believe in it, I find ways to make it possible and just start with resources available. L.C. – Which art themes do you pursue? What is your preferred subject, if there is any?

A.L. – I’m interested in the themes of communication, close relationships and exploring the different ages.

L.C. – Do visitors’ suggestions enrich yourself and your art?

A.L. – When I had my MFA graduation show from The Finnish Fine Arts Academy in 2012 I was sitting at the gallery for all the duration of exhibition for 3 weeks. It was very interesting experience. There was a lot of deep conversations and encounters. Somebody came inside the exhibition space to keep out of the rain and saw the art that touched her and talked with me about personal life and how my art resonates with her own life. Some other would share another story. Somebody got angry for some reason and walked out. There was all kind of feedback. It was important experience to see how differently people react and see my work. I always try to develop and to be open to other peoples ideas and opinions. For me it is truly valuable when my art work resonates with somebody, if there is a connection, sharing the experience.

A.L. – It`s great! Works are so interesting and diverse, from around the world. I’m honoured to be part of the festival. I also got so inspired of Italy and now coming to an art residency in Firenze this autumn to explore art, enjoy life and develop new works. There will be also time for me to explore Venice exhibitions and festivals during Biennale.

L.C. – In which way the video presented in our exhibition is connected with the festival’s theme?

A.L. – Fragments of Life is an experimental film of four pieces: birth, love, passion and death. It is structured of expressions, different phases of life. It can also be seen as a start and end of one love story. Places in the film represent an important role, each part has its own strong physical place. Each has its own special colours and sounds. They each represent metaphorically the idea. Through the surface of things film shows expressions and at the end of every part there is a complete picture combining the idea behind that piece. A.L. – It`s a wonderful possibility to have your work be screened at The Room Contemporary Art Space and Palazzo Ca`Zanardi.
During Biennale there are a lot of people coming to see the exhibitions. There are also valuable connections with curators and other artists through the platform online. That opens up possibilities for artists and get works to be seen for the right audience. L.C. – Did you enjoy cooperating with us?

A.L. – Yes I did enjoy the correspondence. Communication was very nice and organisation of exhibitions professional. It was a good experience and I’m looking forward participating and visiting your exhibitions in the future.

L.C. – What is your idea about ITSLIQUID GROUP?

A.L. – The concept of ITSLIQUID GROUP bringing different fields of art together appeals to me I think its great. There are also artists from all parts of the globe with different backgrounds, its wonderful to have a working platforms to connect artists and their work to the audience. 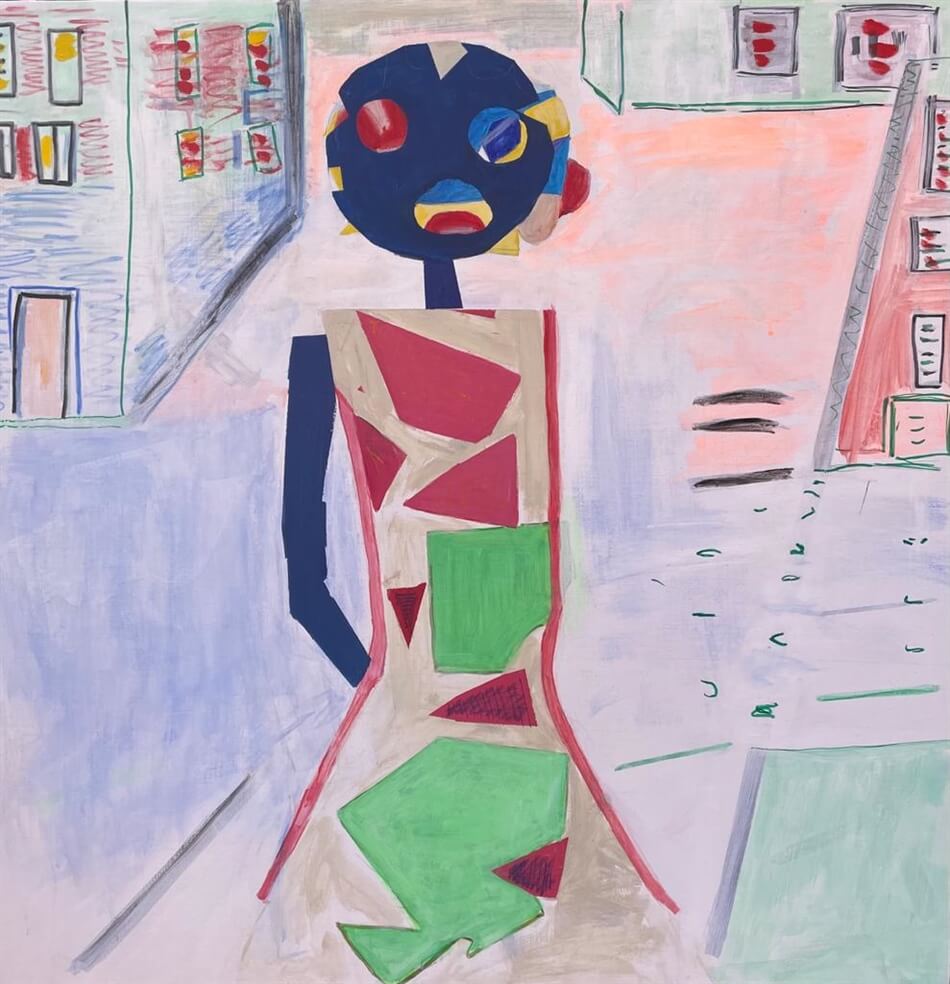 Pilar Rivero Donoso is graduated in Philosophy and Science of Education with and a Doctor’s degree. Read more 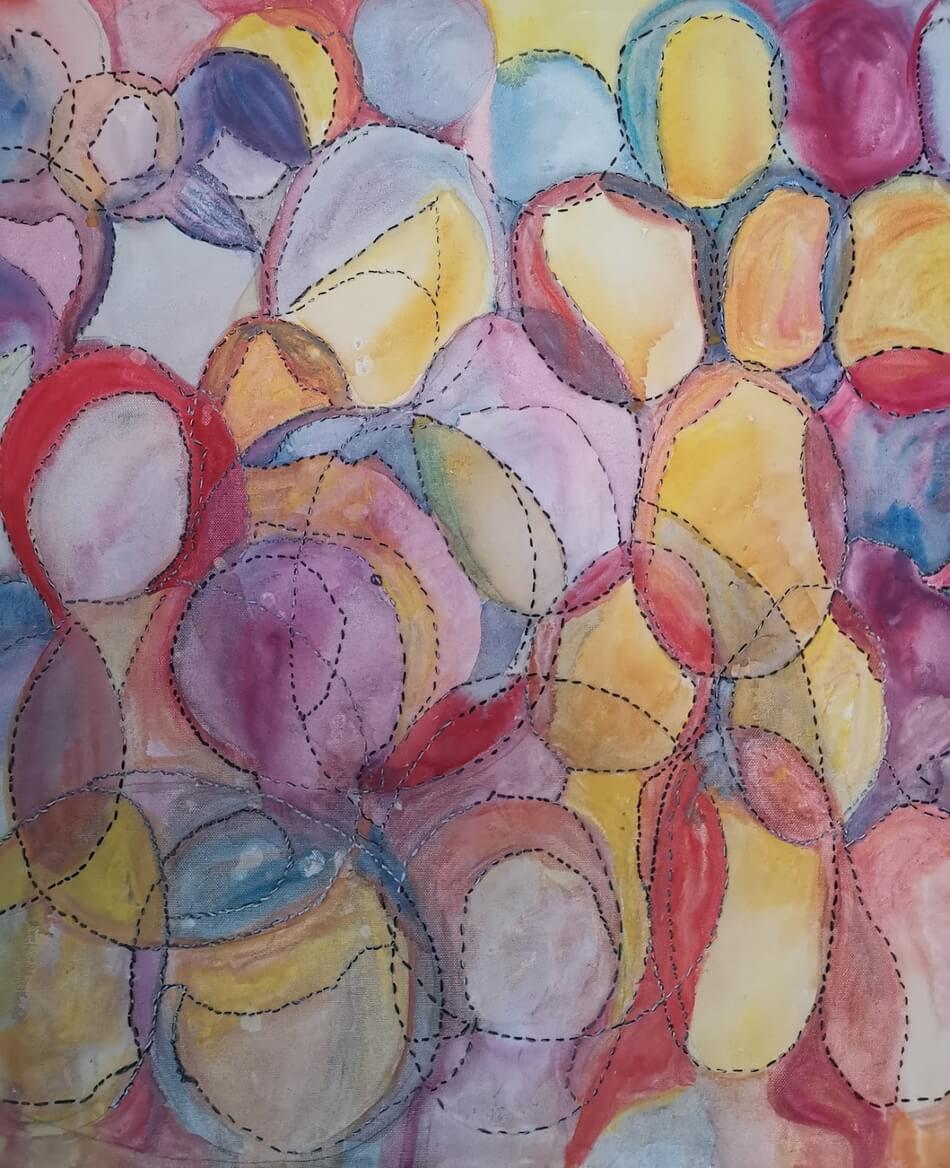 Marcela Mannheimer was born in Rio de Janeiro, Brazil. Since her childhood, drawing and painting were her passions. Read more