After studying fine arts, Hartmut Jahn worked as a film director, author and media artist and has received several international awards. He received special attention for his Fluxus projects “SWITCH OFF YOUR TV SET!” and “IF YOU UNDERSTAND IT IT IS TOO LATE – 50 YEARS OF FLUXUS”, among others. As in the art movement Fluxus, intermediality and cooperation in international networks also play an essential role in his current work of fine arts.

Paulo Ferreira-Lopes studied composition in Lisbon and in Paris and was, among other things, a guest artist and researcher at the renowned ZKM | Centre for Art and Media Technology in Karlsruhe. The International Society for Contemporary Music selected his works to represent Portugal at the World Music Days. Among the artists who perform his work is, for example, the Ensemble Modern. They formed an international group whose members produced one minute of material a week: The Sound of Corona Global Break Group. And the members have to be mentioned here: Jeremias Witteler, Jan Glueck, Paulo Ferreira-Lopes, Aaron Soltani, Nils Schmidt, Simon Pfeiffer, Tajana Neuhaus, Seweryn Zelazny, Arne Hertstein, Veronika Bolotina, Hartmut Jahn, Maria Madalena Salgueira, Catarina Soeiro, Morto Camara, Joao Palmeira.

Luca Curci- What are you currently working on?
Corona Global Break Group – Our new working method is based, on one hand, on collaboration. Currently, we see further – forced – possibilities, which are offered by the lockdown-like situation and immobility. With two groups from Mainz, Germany and the German-Jordanian University Amman, Jordan, we are working on a form of Remote Directing. You have to imagine that for a joint project, the partner on site shoots material, the director is on the other side of the (monitor) world. Sounds strange at first, but it’s not that different from shooting or sound-recording in a studio.

LC – What is your creative process like?
CGBG – We come from different artistic disciplines and this allows us to discover a lot from each other, e.g. sound recordings of a harpsichord concert in 360° in sound and image like in the Salar dos Zagallos in Lisbon, which will later be prepared for the mixed reality of augmented and virtual reality. Both have dedicated themselves to the unifying element in the form of the audiovisual. Paulo Ferreira-Lopes, the composer, and Hartmut Jahn, the media artist, originally wanted to research filigree audio-visual questions about the relationship between 360° sound and image in virtual reality – in Lisbon in April this year. Nothing could come of it at the lockdown. At the same time, reality played images that one had not thought possible: worlds devoid of people. Thrown back to the individual computers and online connections, we started a virtual space from Mexico City via Lisbon, Mainz to Macao with the support of the University of Applied Sciences Mainz.

LC – How is being an artist nowadays?
CGBG – The lockdown, the worldwide emergency as a reaction to a virus that had imposed and still imposes performance bans, especially in the areas of culture, music and fine art, necessitated a humanistic reaction that deals with the individual creative handling of documentary material – multifaceted, multi-perspective, collaborative.

LC – Which art themes do you pursue? What is your preferred subject, if there is any?
CGBG – The confrontation with self-isolation demands new ways to represent visual and acoustical realities around the planet. Supported by digital technology we attempted not only to disseminate a common message – we are not alone – but to create a global dramaturgy based on the displacement of visual and acoustical from north to south and east to the west.

LC – Do you agree with our vision of art and what do you think about the theme of the festival?
CGBG – Today we are currently experiencing a new landscape through biopolitics and the human impact on the earth, the Anthropocene. The theme of the exhibition is therefore very topical – and could be posed again every year and would lose nothing of its topicality.

LC – We were attracted by your last artistic production, has the artwork presented been created for the festival or as a part of preexisting works?
CGBG – The diversity of the exhibition/festival is a chance. For the presentation of new media, we would have liked to think more about it, but the current situation made it impossible to do so. Therefore we are glad that it was possible at all and that at least the Venetians were able to see an interesting exhibition. There is a long-standing group of works that deals with the development of the landscape and its perception. The next cycle i.e. with the working title “Gethsemane” is large-format backlit foils with motifs of the olive trees of the garden of the same name, which are mechanically processed after exposure. 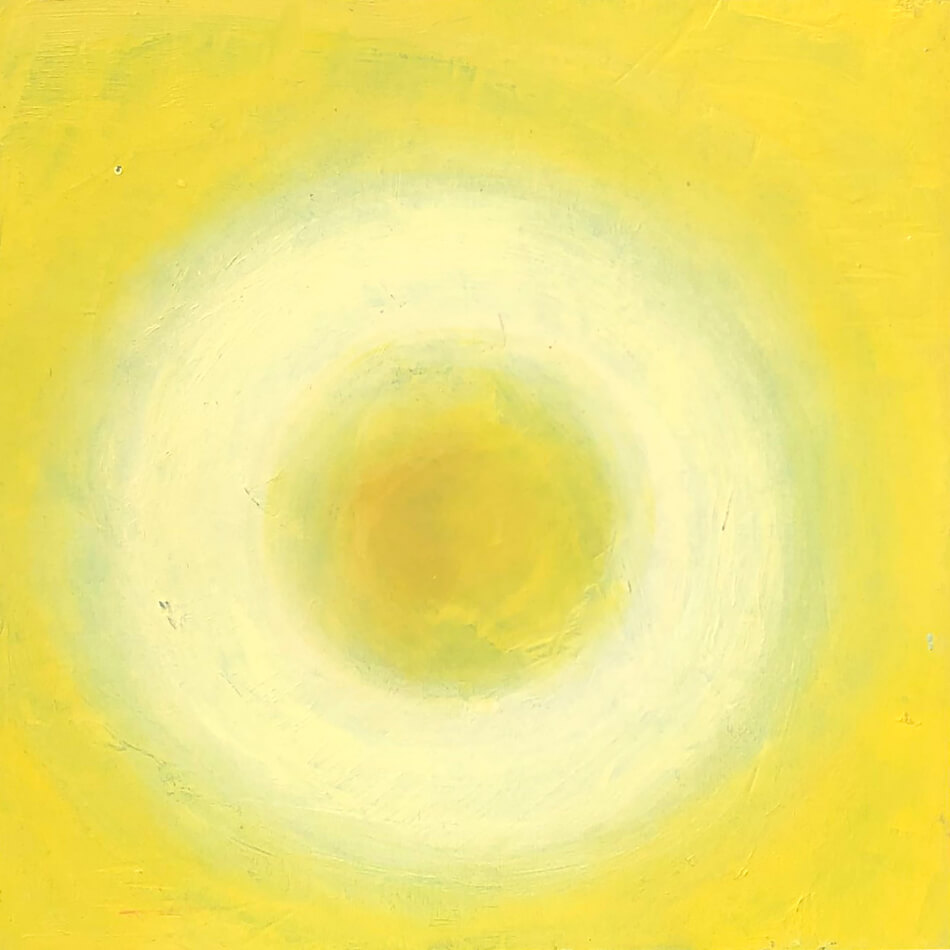 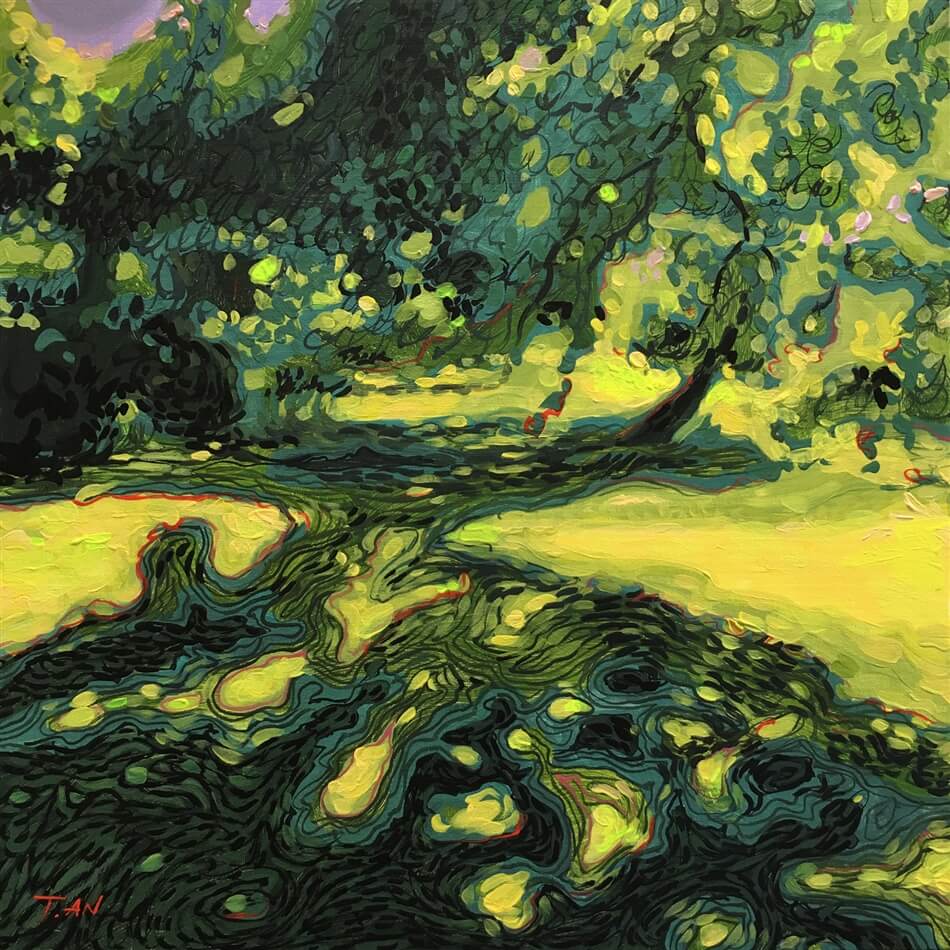