Federico Campanale (1973, France) lives and works in Amsterdam (NL) where he graduated at the art academy in 2001. Since then, he’s been working with video, photography and documentary film. Campanale’s works explores human sensations and psyche, within the realm of the self-centered society. What is at the source of our emotions in a world where the representation is often more important than the original? Can we still talk about real feelings? What are the strings that control them? And how can these strings be depicted? Campanale looks for answers in the study of the concept of time and identity: time structure, time experience, time pressure on one hand, and on the other hand, the influence of social and emotional surrounding on the construction of identity. Exploring the border between video art and documentary, his work embraces as much reality as fiction and imaginary. The building of a multi-input visual language is an essential aspect of his research about the depiction of human and natural existential phenomenons.

Luca Curci – What is art for you?
Federico Campanale – Art is a way to transmit and share visions. Visions from the reality or imaginary, yet visions that can generate questions, admiration and further reflection.

LC – What are you currently working on?
FC – I’m working on the development and continuation of my Geo-memories photo series (see examples in photos) as well as on a photo documentary project in Naples about the vision of Death and related work or social lore in the city.

LC – Where do you find your inspiration?
FC – I find my inspiration in my travels as well as in the world news, also looking at my own feelings. My main themes of research and work are human condition (mostly related to the concept of identity) and natural phenomenons, mostly time related.

LC – Do visitors’ suggestions enrich yourself and your art?
FC – Sometimes, when they engage with my work. Yes, sure.

LC – How is being an artist nowadays?
FC – It’s not easy to be an artists nowadays, as one has to work a lot and rarely can make a living from it. Then, there also the temptation to please or fall into the art trendy themes to facilitate exposure, while I believe artists should above all be true and honest to themselves and own convictions. That’s hard too.

LC – What do you think about the concept of this festival? In which way did it inspire you?
FC – I liked the concept of the festival and it was a good way for me to reflect on which work I could show there.

LC – In which way the artwork presented in our exhibition is connected with the festival’s theme?
FC – The 2 photos I presented at the exhibition were dealing with the multi-dimensional aspect of contemporary cities. I believe in developing our perception towards the notions of multiplicity to better understand the context of large cities.

LC – Do you think ITSLIQUID GROUP can represent an opportunity for artists?
FC – Yes, I do.

LC – Did you enjoy cooperating with us?
FC – Yes I did. 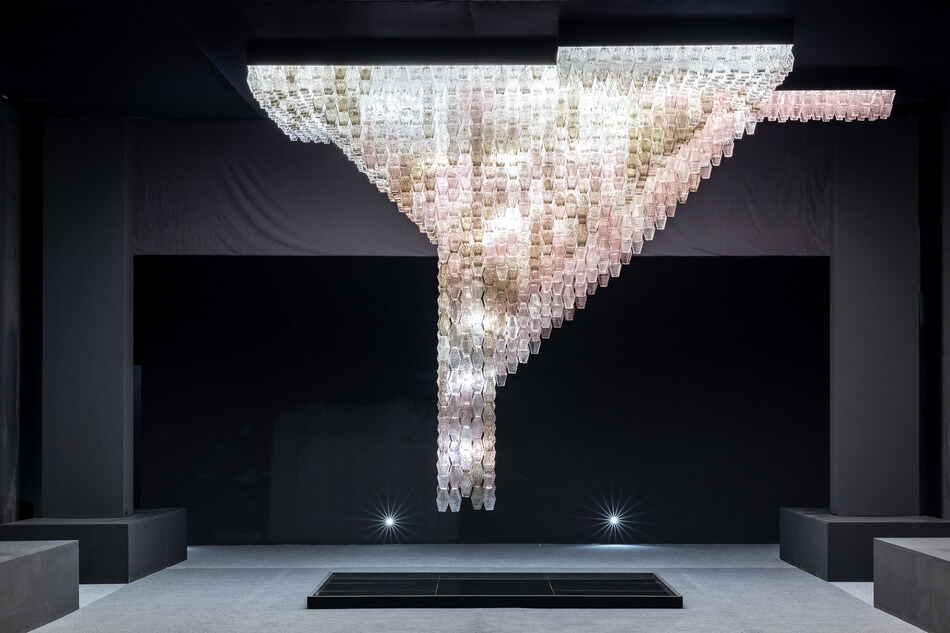