Luca Curci talks with artist Francesca Marti during LIQUID CITIES NYC exhibition in New York on October 2015.
Francesca Marti was born in 1957 in Soller in Mallorca, where she still primarily lives and works. She emerged on the Spanish scene in the early 1990s with solo and group shows in Palma, Barcelona and Madrid, soon followed by gallery and museum exhibitions in Belgium, Germany, The Netherlands, U.K., Italy, Jordan, Israel, South Korea and Australia. She has been awarded prizes for her multi-faceted projects featured at the international biennales of Cairo and in Portugal. The scale of Marti’s expressive drawings and bold sculptures fluctuates from the monumental to the intimate. Her work encompasses the fields of painting, photography, sculpture, video projection and performance, and her lyrical installations are often hybrid mixes of colour, paint, moving images and music, accompanied by original compositions and sounds. A 400-page monograph of her work – Francesca Marti’ Borders of Reality – was published in 2011.

Luca Curci – Can you talk about the artworks you presented in New York City? How were they linked with the broader theme of the International Video Art Limousine Festival?

Francesca Marti – As part of the Video Art Limousine Festival, I presented two recent videos, Painting the Soul (2006-2015) and Green Sound Wave (2015), both linked to the idea of an unconventional dynamic space, as clearly represented by them being screened inside a moving limousine, driven through the uptempo streets of downtown New York. Painting the Soul is a recording of one of my art performances, with original music by English/Spanish composer Daniel Alzamora-Dickin. It is a staged short film of almost 7 minutes, creating drama within a white space. I use a paintbrush to cover the body of the classical dancer Sergio Exposito. As he dances, I trace his outline against a blank wall, which grows increasingly expressionistic. As I use more paint, Exposito splashes the backdrop of the space and imprints his body against the setting. You can see that our figures become superimposed and overlapped. The film is mostly in black-and-white, with traces of blood-red paint. Part of the symbolism is that as a female artist, I physically leave my mark on the male dancer. The film is part of my ongoing series of performance-based productions about the energetic human form in its ever-changing environment. Green Sound Wave, produced in my studio in Soller, is a filmed performance by the acclaimed Argentinian-born saxophone player Florencio Cruz. Florencio is trapped inside a vivid, three-dimensional setting, while he plays one of his own musical compositions. Florencio Cruz emerges from a series of concentric circles I have cut into in a large canvas, then painted in fluorescent greens. He “feels” the space, rubbing his hands over the different surfaces. It is as though he now inhabits the painting. He then begins to play his saxophone. He is a slow-moving element. He appears to merge into the painting itself, a musician literally lost in his own symphony. The gold saxophone flashes against the green surface of the painting. The circles and voids appear to vibrate and pulsate in the flickering light of the video, almost like musical notes and rhythms. For the first time, in Green Sound Wave, the person composing and playing the music is the live performance. Florencio has himself become part of the canvas. The video captures Florencio as the human subject of my painting, his movements, the sound, his body absorbed into the canvas. When he is not playing the music, his saxophone is held up high in the air. In a way, both the canvas and the saxophone are breathing in and out, along with Florencio. It perfectly suits the idea of vibrant New York, and the age of jazz. F. M. – It has been a busy year for me with projects and exhibitions mostly in Europe, but also in Jordan, the US and South America. At the same time, I am continuing to develop two of my ongoing sculpture projects, the Dreamers and The Fly series, made from bronze, clay, painted resin and other materials. The Dreamers are masculine figures. My Dreamers have each been inspired by the twenty brightest stars shining in our night skies, and they have been given their names accordingly, from Alpha Cani Majoris to Leonis. Each sculpture shines in solitary contemplation. But they are inter-connected. The Dreamers are raw figures showing my hand-marks and fingerprints. They are produced in miniature or fully life-sized, such as the polished bronze version shown recently at the Brabant Biennale in Tilburg, in the Netherlands. Alone or posed in groups, they are expressive figures lost in their thoughts. Cast in bronze, polished silver, or coated in monochrome blue, green or red paint, each Dreamer becomes a star in his own right. As they sit or kneel or recline, they suggest new conversations and relationships. They are relaxed and reflective, part of my aim to turn dreams into reality, and to carry spirituality into existence. Meanwhile The Fly is a long-term project involving photography, painting, sculpture, jewelry and video. The idea for using the fly as a subject in my work first appeared when I was in Tunisia in 1999. Later, when a different fly came into my studio in Mallorca, it fell down onto one of my photographs, and I decided to draw this fly. I used my camera to record the sequence of what I was seeing, and through the photo lens, I captured the shadow of the fly on the paper. It landed on the dry pigment on my studio table. With its fragile wings, it began moving around with the heavy blue and red pigment covering its body. It was drawing on my drawings. Its buzzing movement created rhythmic patters. I saw that the coloured fly was moving to the music playing in my studio. At the same time, I felt both attraction and repulsion. Through this process, the fly was helping me see things I hadn’t seen before. Image courtesy of Francesca Marti from Brabant Biennale in Tilburg

F. M. – If I look at a tree, then there is Art there, too. Nature with colors and forms, cold and warmth, and sounds. Life in itself is Art. It’s all part of our sub-conscious, combined with our everyday expressions, senses and emotions. This also evolves from our conscious observations about politics, religion and our broader philosophy.

F.M. – Every new art event is a way to promote, inform and interact, both on a local scale and as part of a larger picture. I am always enthusiastic about any fresh, unconventional or alternative platform which creates new contacts, networks and fields of vision. For example, the idea of a video art festival taking place inside a stretch-limo, cruising the streets of Manhattan, is a really fun and intimate way to introduce people to artists they might not yet know. 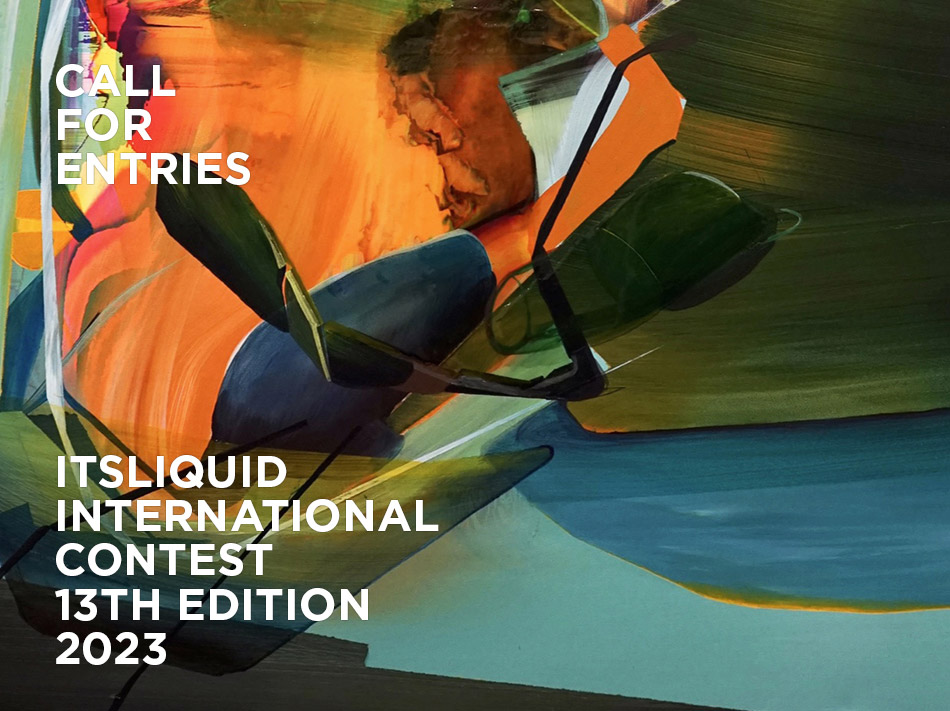