Artist Francisca Sousa‘s conversation with Luca Curci about her art and story during  Pixels of Identities – Spain.

Francisca Sousa is a Portuguese artist. She studied painting at Fine Arts University of Porto. The Erasmus experience in London opened new ways and chances for her artistic practise. She started from painting but soon she developed an interest on performance art and on the interaction between objects, making her work an incorporation between all of these elements. Video first appeared to her as a documentation of actions, but then it took some other directions, because she thinks that when the work is not live performed then the video is the action itself. She’s currently taking a master degree in Multimedia Art, in Lisbon. Her thesis will be about the longevity of existence of an artwork that is used for an interactive/participatory purpose. Francisca Sousa – I started having a special interest for drawing when I was a young kid and when I went to high school I decided to take the class of history of art. Finally I enrolled in a Fine Arts University, which brings me now here. F. S. – My artistic practice began with painting but it later evolved to something that has to do with performance and actions upon objects. It can be integrated into an interdisciplinary field of mediums in which video and sculpture also appear. My biggest artistic inspirations are related to participatory art, in which the audience is directly engaged in the creative process and in the activation of the artwork. Some Brazilian artists as Helio Oiticica and members of Fluxus group are good examples of this engagement between the observers/performers and the work. I like the way performance art pieces can be related to this issue of contacting directly with the observer. F. S. – I am taking a Master degree on which I am currently questioning the value of the art object that is used for an interactive purpose, for an action for example. Is it still considered as an art piece after the action done upon it? Can it become more than just a remaining of the performance? So these are basically the main guides for my present artistic production, but I guess that it is still very much related to my previous works. F. S. – Probably the advice of trying to keep theory and practice balanced at the same level in order not to get lost in my own work and ideas. Of course most of the times, especially in art, the practical work will happen instinctively, without much thinking or reflection about it. The theoretical part helps us get some distance to what we’ve done or are currently working on. F. S. – That’s not an easy question and I cannot easily answer to it. Art for me is something that involves a critical thinking about an issue (it can be a contemporary one or not really) and also something that gives an experience (visual, hearing…even conceptual). F. S. – I think that all the artistic initiatives are more than needed and welcomed, especially by new art practicers and students as me. International ArtExpo, in specific, is an organization in which the contact is done quite quickly and easily. I really felt comfortable in communicating with them when I had questions, after I was selected to this year’s Pixels of Identities – International experimental video-art festival in Spain. F. S. – Of course, and a really good one by the way. Young art practisers find difficulties in sharing their work to major audiences, since the art world is already “filled”, we might say. Organizations like International ArtExpo give the kind of help and support to people (who still don’t have their name hanging on the walls of international galleries) that creates new opportunities and bigger projections in a world wide scale. 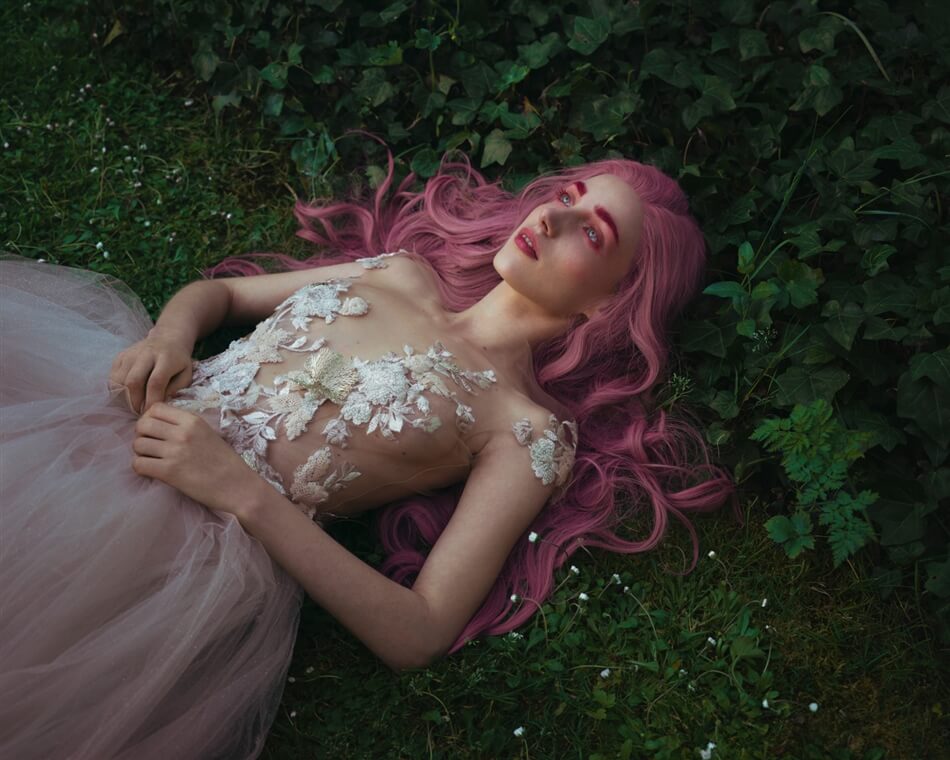 Elena Prosdocimo is a fine art, fashion and portrait photographer living and working in Italy. An art lover from a young age she always knew that she would work within the creative industry. Photography changed her life when she picked up a camera and from that moment she was hooked by this medium that translates thoughts and imagination into tangible form. Read more