Françoise Jetteur has a full career as a plastic art teacher in a high school. She studied in the digital art section of the Academy of Fine Arts, a technology that she appreciates and that she uses alongside other methods: drawing on paper, computer, adding personal photos, painting, embroidery, on different media (paper, canvas, etc.). Drawing remains the basis of her work, it is the most important part of her work. She exhibits her artworks since 2012, also in individual and group exhibitions in galleries, museums and international fairs, all over Europe and the world, like Belgium, France, Germany, Grand Duchy of Luxembourg, Korea, Japan, China, Italy, Czech Republic, and work in the European Art Museum in Denmark.

Luca Curci – What’s art for you?
Françoise Jetteur – Art is a way to express oneself and communicate.

LC – What’s your background? What is the experience that has influenced your work the most?
FJ – I am influenced by my environment and its evolution, it could be two people talking, some interesting colors of a building or the sky, some news that I want to communicate. My drawings are some form of my own feelings and expressions about my environment. Creating life scenes in imaginary settings has always been fascinating for me.

LC – How do you choose your subjects? Is it a reasoned or an instinctive process?
FJ – The subjects are at first instinctive than characters are put in place for a moment of history, as I would like to capture a snapshot of a moment of life.

LC – Do you use art to express something in particular? Is it your medium of expression?
FJ – This is my way of expressing how complicated communications and relationships could be. Although sometimes surrounded by others or things, my characters could feel lonely and a bit isolated in their own world

LC – How do you feel when you see your work completed?
FJ – I wonder what would be next, I feel some immediate satisfaction. But I could also be disappointed when the rendering does not correspond to my own vision in my mind. Then in some fashion, all my work forms part of a big family with close and then more distant members, the work is thus a form of extension of my own self influenced by my environment.

LC – What is the message linked to the artwork you have shown in this event? How is it connected to the theme of the entire exhibition?
FJ – The way of standing can suggest the person’s feelings. For example, in “twins”, the girl in red, motionless and expressionless, faces the future, her back to her past left behind the grid. She is free but seems to be waiting to decide to move forward. “Berthe and Dominique” do not look at each other, they are occupied on their own self but appear together in the same place.

LC – Would you suggest a collaboration with us? What do you think about our services?
FJ – I am looking after some relay to spread my work to a wider audience, but my mind is not made yet on how to achieve this, as I also want to keep some independence.

LC – What is your idea about ITSLIQUID GROUP?
FJ – Your international organization seems to be very professional and knowledgeable. 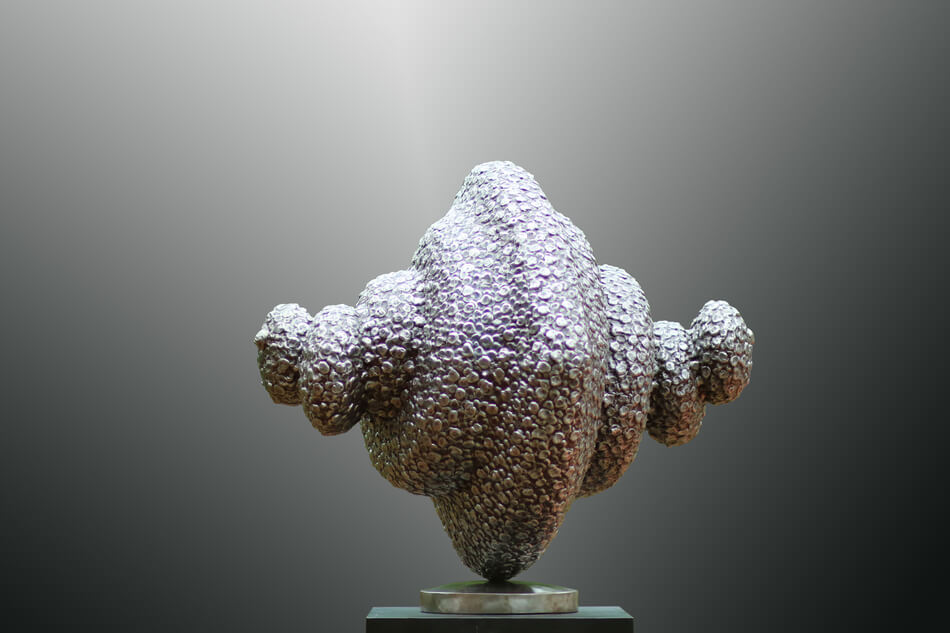