Luca Curci talks with the artist Guillermo García Peydró during VENICE INTERNATIONAL EXPERIMENTAL | OUT OF BORDERS in Venice.

Guillermo G. Peydró (Spain, 1981) is a filmmaker, video-artist and film programmer. He has been an external advisor for the Modern Art Museum of Mexico, and a film programmer for the Greenpoint Film Festival (Brooklyn, NY), Punto de Vista Film Festival (Pamplona, Spain) and Documenta Madrid (Spain). He holds a PhD in Art History with a thesis on the critical dialogue between cinema and the visual arts, and has given courses on it at universities and films schools of Spain, Mexico, Cuba and Ecuador. His works have been screened all over the world at art centers, film festivals, universities and museums; among them, the Louvre Museum, the FID Marseille Film Festival or the New York University.

Guillermo G. Peydró – For the last seven years I’ve been exploring the possibilities of the essay film form, either in the traditional one-channel screen or in its expanded possibilities in art spaces. I’ve studied its connections with fiction and experimental narratives, and imagined dialogues between found footage and my own images. I’ve built soundscapes, written voice over texts, or used audio fragments from fiction films, rearranged in new critical contexts. My work has always dealt with the dialogue between cinema and the visual arts, a tradition that goes back to names such as Luciano Emmer, Alain Resnais, Henri Storck or André Delvaux, arriving to those of Peter Greenaway or Alain Fleischer. Ultimately, in transposing the questions of the essay film to the space of the museum or the art gallery, the creative possibilities of the artist/filmmaker reach a wider field for his/her proposals in terms of imagining devices, as it has been the case with film essayists such as Chris Marker, Agnes Vardà or Harun Farocki. This is the point where I am now.

L.C. – What is the message linked to the artwork you have shown in VENICE INTERNATIONAL EXPERIMENTAL | OUT OF BORDERS? How is it connected to the theme of the event?

G.G.P. – The video art piece I’m showing at Palazzo Ca’ Zanardi, “Sculpture/Cinema. Possibilities of dialogue”, is a ten minutes piece on the confluence between sculpture, human body and landscape; specifically the body and sculptures of Corsican artist Jeanne de Petriconi and the landscapes of Corsica, from where she comes. It is a suggestion of a travel through her mind, thought in terms of forms, textures, childhood memories. It is cinema thought as sculpture. As a narrative is linked to the tradition and literary transgressions of French nouveau roman. It is linked to the theme of the event through the connection with the protagonism of the body, the hands of the sculptor, and their inscription in landscape.

G.G.P. – My whole creative process starts from a documentary approach to the subject or person portraited. I question the filmed object or person (in previous films: Picasso’s Guernica, an art brut sculpture garden, or a massive building from Spain’s post-war, linked to a dictatorship’s project) trying to find the exact distance between the camera and the images. Then, everything will be transformed in the editing table, in the computer. Here the images get potentially connected with all existing images, contemporary or past, for activating new meanings, new conceptual approaches.

G.G.P. – In each piece I try to answer specific formal or conceptual questions. Therefore, the questions get more complicated each time, and the expressive tools I deal with get more specialised. For the moment I’m exploring the essay film possibilities, which seem limitless, and also the best starting point for exploring other regions, such as the art space or even the fiction film with actors. I don’t think there is a change in style but in width.

G.G.P. – The artist proposes alternative possibilities for understanding life, death, desire, beauty, social relations or economy. He or she proposes in the art spaces of film theaters alternative narratives that expand the accepted conventional rules by which we guide ourselves as societies. A filmmaker or videoartist dealing with narrative, expands the limits of legalized conventions in the same way a sculptor expands the number of objects, forms or textures already registered in nature, by combining them in new ways or introducing new, previously impossible objects in the real world.

G.G.P. – I think its international approach and the number of events in Italy, Dubai or Latin America make it an interesting platform for artists to reach their potential audiences.

G.G.P. – I think the exhibition at Palazzo Ca’ Zanardi is a perfect space for gathering performace, photography and videoart. I’m quite satisfied with the experience. 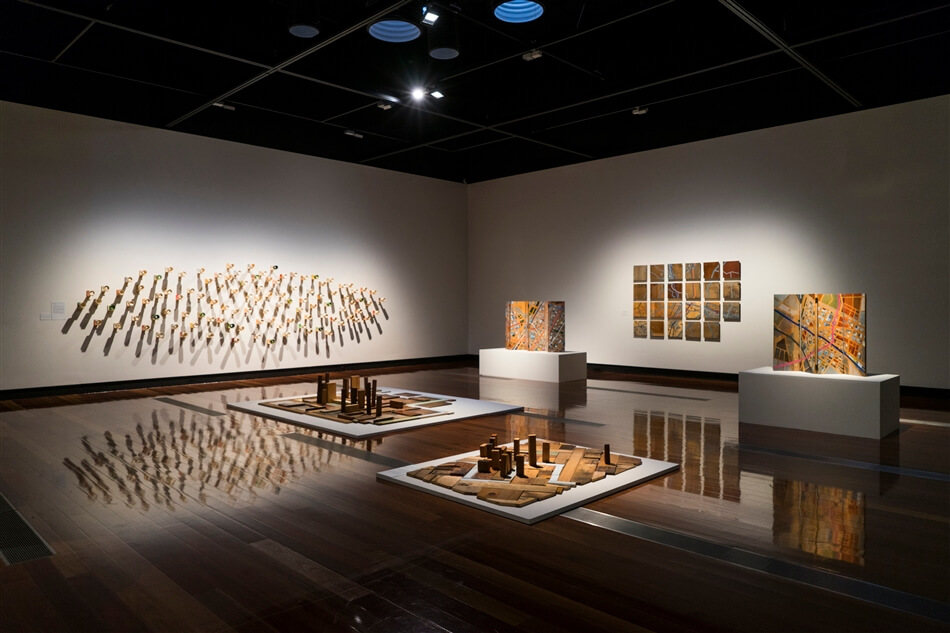