Yoon Hongil is from Seoul, South Korea. His work is about city life, emotion, and consumption of images. He is recently interested in the angle, space illusion, language & psychology, the relation between the rest of history and contemporary society, etc. Also, he is studying Painting and Printmaking at the Glasgow School of Art. He graduated from Sogang University in Korea and took a double major in Electronic Engineering and British & American Language and Literature.

Luca Curci – What are you currently working on?
Hongil Yoon – The way of consuming images and information has transition through the development of technology in 21 century. People can get information more easily through Smartphones, Ipad, SNS, and Youtube. However, they can’t remember all the information, and they perceive the information as very thin glass, in my opinion. So I simply arranged the images with the fragility as the glass and innated their identity to the fragility until now. I am currently trying to find the more deeply symbols by connecting these fragilities of images and our identity.

LC – What’s your background? What is the experience that has influenced your work the most?
HY – I was born in South Korea and had lived in Seoul for more than 20 years. Now I am studying Painting and Printmaking at Glasgow School of art. I graduated from University in Seoul and took a double major in Electronic Engineering and British & American Language and Literature. Mainly, I had wished to be an engineer since I was a teenager. However, I began to have a distance from the advancement of technology after entering the Electronic Engineering department and taking classes related to technology and doing practical training. In particular, I had recognized that technology, which everyone admired the development of technology, is not only a convenient item, while I was studying Language and Literature department, and connected technology with the feature of humans, life, society, and identity. While people choose technology, technology brings many good aspects to humans, but the problem is people’s way of using it. Technology is not the whole world, it is the part of our life that composes life with us, but we sometimes forget our identity through the convenience of technology. We shouldn’t forget our own identity through the addiction to comfort. In addition, I think there will be a price for choosing convenience, and our society hardly operates without the core technology. The smartphone that we habitually use raises the various applications, and the way of working in society is rotating with the smartphone. We can’t adjust in 21 century without a smartphone. We will lose our job if we can’t use smartphones. Due to the transition of social change, people seem to get the confusion about identities that did not exist before. Also, they have a conflict between the desire of possessing and retain a massive amount of information and the limitation of brain capacity, which can’t remember all of it.

LC – Did your style change over the years? In which way?
HY – Jean-Michel Basquiat, the American artist, inspired me when I mainly had sketched pop art between 2015 and 2016. And then, I had an interest in the expression of simple abstract colours and lines like Jackson Pollock and American abstract expressionism artists. From 2018 to 2020, I had been interested in expressing urban landscapes in a figurative style with drawings or oil paintings. At the same time, I had tried to deal with various mediums such as installation, video, photography. However, I have strived to find inspiration from technology, human identity, and society for about a year from 2020. I have looked for objects or scenes related to this theme and considered associating them with the new artistic aspect or style. I mainly worked with them on two-dimensional medium as drawing, painting, photography, and video.

LC – What is your creative process like?
HY – My creative process seems to be all different in various works. I usually research through media such as books, documentaries, films, and lectures to get the idea. Hito Steyerl’s The Wretched of the Screen and Rosi Braidotti’s The Posthuman are my best interest book nowadays.
When the idea becomes clear to some extent, and I perceived that I want to express it, I begin to look for objects and scenes to symbolise them as images. I find them while walking on the street, inside the building, and the sources in the virtual world. After I find them, I think about combining them, expressing them in a particular way of style, and considering the colour or the aspect. However, I often follow a certain instinct in the plan when I start making it as the flow. Because what I instinctively want to express is more appropriate than the initial plan.

LC – What is the most challenging part about creating your artworks?
HY – Sometimes I try to imply too many things into my work. It seems complicated to make a more concise impression. The first time, I piled up too many images for the video ‘See the World through Errored Overlay (comfortable ver.)’ and spent time taking them out for leaving a concise impression. I filmed videos in several places, but it is so sad that I couldn’t put all of them into the video. Some images disconnect with the whole flow of the video, so I have to put aside them.

LC – We were attracted by your last artistic production, has the artwork presented been created for the festival or as a part of preexisting works?
HY – ‘See the World through Errored Overlay (comfortable ver.)’ is part of the 1-2 minutes film series. While I was working on photography, I was interested in the overlay effect. So I developed it into a film. I want to make various combinations of moving images. I made four short films so far and am currently planning the 5th film. In addition, I am in the process of tying my various medium of work into one project. I am working with photography series, painting series, and video series. If I have an opportunity, I would like to present this project as a solo exhibition.

LC – In which way the artwork presented in our exhibition is connected with the festival’s theme?
HY – It would be related to Mixing Identities. ‘See the World through Errored Overlay (comfortable ver.)’ is about our confusion of identity among the overloaded information between reality and virtual reality. I try to show the scenes, piling up together, from the First Person’s View. However, my work could have a very typical connection with Future Landscape, too. I think this view of the world would be our future cause we will constantly consume images and information, both virtual reality as smartphones and reality through our eyes. These two different sources of images and information will be combined, and this feature will change our way of seeing the world or landscapes. We will imagine the images from virtual reality even if we’re walking through the city or nature.

LC – What do you think about ITSLIQUID Platform?
HY – It was the first time that I worked with the ITSLIQUID Platform. I was so impressed that this Platform gives lots of events and contests for emerging artists. Also, this contemporary Platform strives to introduce various artists’ works in Art, Architecture, Design, and Fashion. And it helps the artist to connect with the art lovers through interviews. I was so pleased that ITSLIQUID posts all of the event information quickly on the Website and Instagram, so people could constantly be interested in its event.

LC – Do you think ITSLIQUID GROUP can represent an opportunity for artists?
HY – I’m sure that ITSLIQUID GROUP represents lots of chances for artists. It would choose the artists through their artwork for the event if it is connected to their specific theme. So we could meet more various artworks from the whole different cultures and countries from what they offer to.

LC – What is art for you?
HY – Art is not something complete and absolute for me. Art is about delivering opinions that can not be expressed in words or speech. It is derived from my thought and opinion of me. It is an individual thing. I simply symbolize it as an image and covey it by connotation. In the end, I think I share the symbolized images with people, and I don’t expect people to understand these images and my opinion necessarily. People all have different perspectives on the world. I can’t deny it. 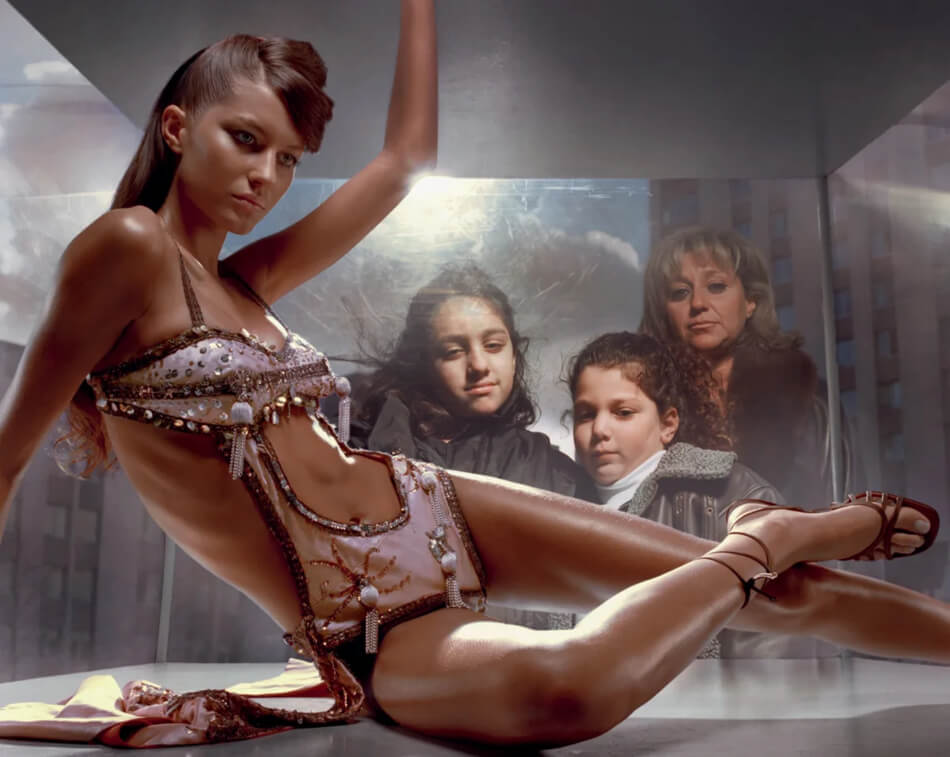 'E/MOTION. Fashion in Transition’ explores the way in which fashion is an expression of emotion, fear, and desire in society. Read more