Marco Galeotti (Ravenna, 1978) simply Gale in art, after twenty years spent in underground music as a guitarist and event organizer, in the early months of 2017 he began a parallel journey in the visual arts. The characterizing element of his works is wood, used both as the basis of his painting and as the protagonist of his sculptures and installations. In October 2017 after a few months of this new adventure, tackled without any type of training, takes part in the fifth and last edition of the Cantiere Artistico, a collective hosted inside MirMar, a disused factory in San Mauro Pascoli. His installation: “Inconscio, un labirinto effimero” is chosen as the entrance to the exhibition path and consists of a real labyrinth of about 100 square meters created with recycled wood grids and transparent film. In November 2017 he is one of the artists exhibited at Visibile, a group exhibition set up inside the former Artificerie Almagià in Ravenna. “Rilievi, Vertebrae e incubi minori” is his first solo exhibition, a selection of 39 works of material painting on wood, hosted by the Bronson Cafè for three weeks between March and April 2018. In May 2018 he collaborates with Collettivo 37 for a multimedia installation called “A tea with Malević” (in which he creates a pictorial work and an audio file created through a mix of various field recordings), exhibited through the CRAC, Centro in Romagna for the Contemporary Art Research, at the Chiostro del Carmine in Lugo within the Scrittura Festival, the installation will then be proposed by CRAC on two other occasions. June 2018 is the time for the first experience outside the region, we find one of its works at Base in Milan for the Paratissima Milano exhibition: “Through the black mirror”. “e.le.menti” is his second solo show, presented at the Moog Slow Bar in Ravenna between October and November 2018, a collection of works in which the depth of black is in contrast with metallic colors that recall the elements of the periodic table. Immediately after between December and January 2019 we find his works at Fellini Scalino Cinque for “n o n o r a n o n q u i” another solo exhibition in which for the first time the artist explores the third dimension by presenting three sculptures made with beached wood. In March 2019 he was selected for Vernice, the famous collective of Contemporary Art at the Forlì Fair. On March 24, 2019 he inaugurates his fourth personal exhibition “Naufragi”, hosted at the Kinotto (Largo all’Avanguardia) cultural club, characterized by the use of beached wood collected after a violent storm. In this exhibition we find fifteen small works mixing painting, sculpture and installation, in which the fragments of wood come out of the paintings. Each work is associated a quote regarding the shipwreck theme, taken from books, thoughts or aphorisms of great authors in which the same theme is also treated as a metaphor for life. In May 2019, he participates in the collective “Le stagioni dell’Arte” at the Wikiarte Gallery in Bologna, exhibiting three paintings selected from three different previous solo exhibitions. In the summer of 2019 a collaboration begins with the Galleria Angolo Mazzini in Forlì for which he exhibits works on some occasions such as the Meldola in Arte Red Carpet, the installation of the Magazzini del Sale in Cervia during the Cervia in Bolla event and the Christmas collective directly in the gallery. A selection of works are exhibited during “La notte degli Artisti” organized by the Assoartisti of Ravenna in Piazza Unità d’Italia. In October and November 2019 he creates a graphic project for the artwork of the Metaphora album by Void of Sleep, his current band, painting about twenty boards that have been used for the cover, the back and the inside of the CD booklet and vinyl. In February 2020, he painted 10 numbered plates 30×30 called Metaphora that accompany the vinyl for an exclusive edition, sold out on the day of the album release, March 27, 2020. In January 2020 he was commissioned by TBT, a company that markets doors and windows, to take care of the new showroom. So six new site specific works were made, perfectly integrated with the renewed exhibition spaces in terms of size and color, together with 8 other old works that complete the set up. March and April 2020, the months of the lockdown in Italy due to Covid-19,were spent to create new works and to design and create his own website gale-art.com

Luca Curci- What is art for you?
Marco Galeotti – Art is nourishment, it is something without which you cannot live. Music, cinema, painting etc … are essential, they are part of us, I can’t even imagine a life without all this, without ecstasy, without goosebumps, without breathtaking, without emotions.

LC – What are you currently working on?
MG – I have a lot of ideas but unfortunately little time to work on it, surely I want to continue exploring the various aspects of the matter, mixing the elements, also lately I have done some experiments on a particular surface that I want to deepen.

LC – Where do you find your inspiration?
MG – Working on the abstract I don’t need particular inspirations from the outside, I simply need the desire to create, I am very instinctive as an artist, I never have a preventive idea of what to do, I simply let myself be guided by the instinct of the moment.

LC – How is being an artist nowadays?
MG – Our times regarding art are absurdly the easiest and most difficult at the same time, in the sense that internet has given the opportunity to have worldwide and immediate visibility to anyone, therefore every artist has the opportunity to get to so many eyes on himself that only 20/30 years ago it would have been unimaginable; on the other hand there is an unstoppable saturation, a ruthless “competition”, and probably also more superficiality and carelessnes from users..

LC – Which art themes do you pursue? What is your preferred subject, if there is any?
MG – My art is mainly abstract, so I don’t have a favorite subject, but I have favorite techniques and favorite colors, these are fairly recurring aspects of my works, three-dimensionality, strong contrasts and gloom.

LC – What is the message linked to the artwork you have shown in this exhibition? How is it connected to the theme of the entire festival?
MG – No message, just a work on spaces and matter, Nero + Nero is a diptych that bases its strength on the three-dimensionality of the materials, the monochrome, this intense black as the only color makes the painting very enigmatic, in Marked for. .. instead the surface of the raw wood on which it is painted plays an important role, the basis is the peculiarity, then the small inserts of color and the details do the rest.

LC – We were attracted by your last artistic production, has the artwork presented been created for the festival or as a part of preexisting works?
MG – Thanks a lot for your kind words, both works for the AF were preexisting, but they are pretty new, “Marked for…” was painted in December, Nero + Nero during the lockdown for Covid-19.

LC – What do you think about ITSLIQUID Platform?
MG – I think it’s an excellent platform, well maintained and always updated, full of informations.

LC – Would you suggest a collaboration with us? What do you think about our services?
MG – Yes for sure, because there is a very competent and attentive team that can guide the artist on a professional path.

LC – Did you enjoy cooperating with us?
MG – I was very happy and proud to have been contacted by your staff who proposed this collaboration after visiting my site, I hope there is an opportunity to continue cooperating in the future.

ITSLIQUID Group is pleased to announce the WINNER of the ARTIST OF THE MONTH - MARCH 2021, a competition open to anyone and established to increase and develop the art market and the dialogue between collectors, art critics, journalists and art lovers. Making contemporary art accessible to all. Read more 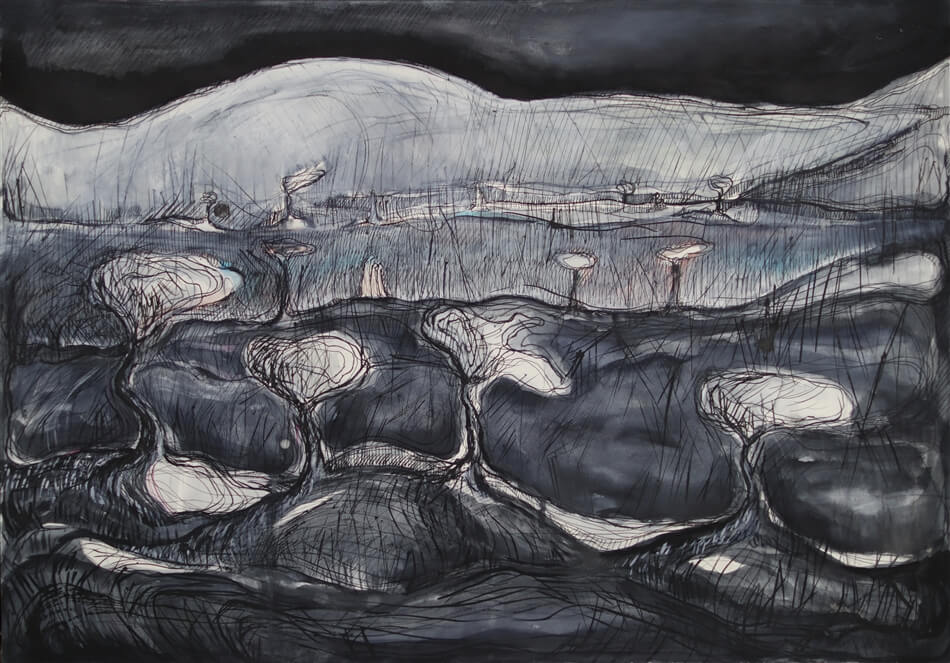 Roderick Camilleri is a practising artist and a curator. He studied philosophy, Art and Art History at the University of Malta, and holds a B.A. (2010) and an M.A. (2015). He attended various professional development programmes, furthering his studies at international institutions such as the Royal Academy of Arts (London) and Slade University (London), as well as, at professional studios in Edinburgh, Rome, and Marrakesh, amongst others. Read more