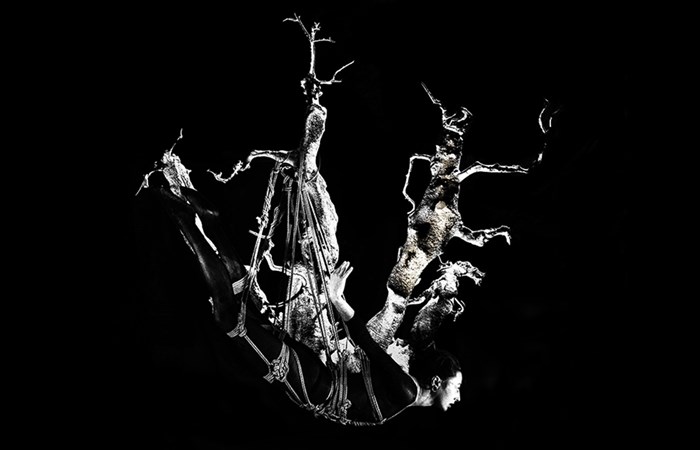 Being born and raised in Greece, Maria moved to Berlin 4 years ago to gain some new inspiration. Her official steps in the art scene where initiated at the end of the last year, at the moment where she realized that abstract is her way to express her messages as a photographer and artist. Maria also writes and performs.

Luca Curci – What is art for you?
Maria Tsormpatzoglou – It is hard to define art, since in my eyes art is everything. From the way each and every one wakes up in the morning, to the way we treat people, up until the way that our inner self is expressed. Even within the ugliest moments the beauty of the hope of rebirth offers, provides those moments with a true sense of art. Perhaps the ability to unconsciously (or consciously) combine laws of physics with universal energy in order to give birth to another type of reality, becoming a mother in a broader sense, losing touch with the taught boundaries of this, “common”, reality. That is art.

LC – What’s your background? What is the experience that has influenced your work the most?
MT – My background is pretty versatile. However, art was always one of the few steady elements throughout every exploration I went to. There was never just one experience that influenced me the most. Although there is a pattern. My work gets mainly influenced by undesirable loses, my immerse resistance to them, as well as the euphoric feelings after letting go. That major trinity. Lately though, my focus is mainly on esoteric matters and not those caused by external triggers. In other words, the observation of myself is my current influence.

LC – Which is the role the artist plays in the society? And the contemporary art?
MT – ough question. My perception may vary from the one that society has for artists or from yours. There are many types of artists and respectively many types of art. Therefore, each artist chooses the role he/she wants to play within the society. There are many out there who are doing the work behind the scenes, others who aim for disruption, others for fame etc. I think the artists’ role is to share their craving for a different way of existing, living, acting and creating; to open unseen doors for the audience in order to guide it towards new experiences. Those experiences are going to lead to a new, further understanding of one’s self, are going to shake individual perceptions. This is the role of the artist in the society and contemporary art.

LC – Where do you find your inspiration?
MT – I find inspiration in unpresented to me images, stimulating conversations and unique feelings. This is why I travel quite often and love to interact with people. However mostly sitting in silence is the key. So, I guess it’s the balance between what’s new (new point of view, new energies, new sensations) and the time to absorb and transform all these in silence.

LC – What is the most challenging part about creating your artworks?
MT – To actually finish them. I always start with an idea I find stimulating or a message I feel I need to impart, but then during the process, it all gradually seems old and ordinary to me, hence boring. So, then I have to look for a new excitement. I think perhaps the fact that I initially create my art in my head, makes it already aired. Therefore, not so interesting to me anymore. As I mentioned before, the new inspires me.

LC – What do you think about the concept of this festival? In which way did it inspire you?
MT – I loved the concept and particularly the fact that it was represented by so many different approaches/voices. All the artworks exhibited had certainly something to say in their own way, contributing to creating a one-of-a kind labyrinth of multiple consciousnesses. This on its own was massively inspiring for me.

LC – What is the message linked to the artwork you have shown in this exhibition? How is it connected to the theme of the entire festival?
MT – Both photos are named “One” illustrating the unperceived from many oneness of all beings within the vast darkness of the universe, within our personal universe-on a smaller scale- as well as our times. Moreover, the darkness represents the blindness of the humanity in order to actually becoming able to identify this connection. Consequently, the exhaustion that this causes to our souls as discerned from the objects’ expressions (we really conducted the photo-shooting under arduous circumstances). It basically attempts to highlight the hybridization between identities and physical as well as social settings within our times.

LC – What do you think about ITSLIQUID Platform?
MT – I like it because it raises discussion about matters that every individual should take into account.

LC – What do you think about the organization of our event?
MT – Excellent organization with remarkably helpful stuff. The prosecco was a bonus.

LC – Do you think ITSLIQUID GROUP can represent an opportunity for artists?
MT – It certainly can. 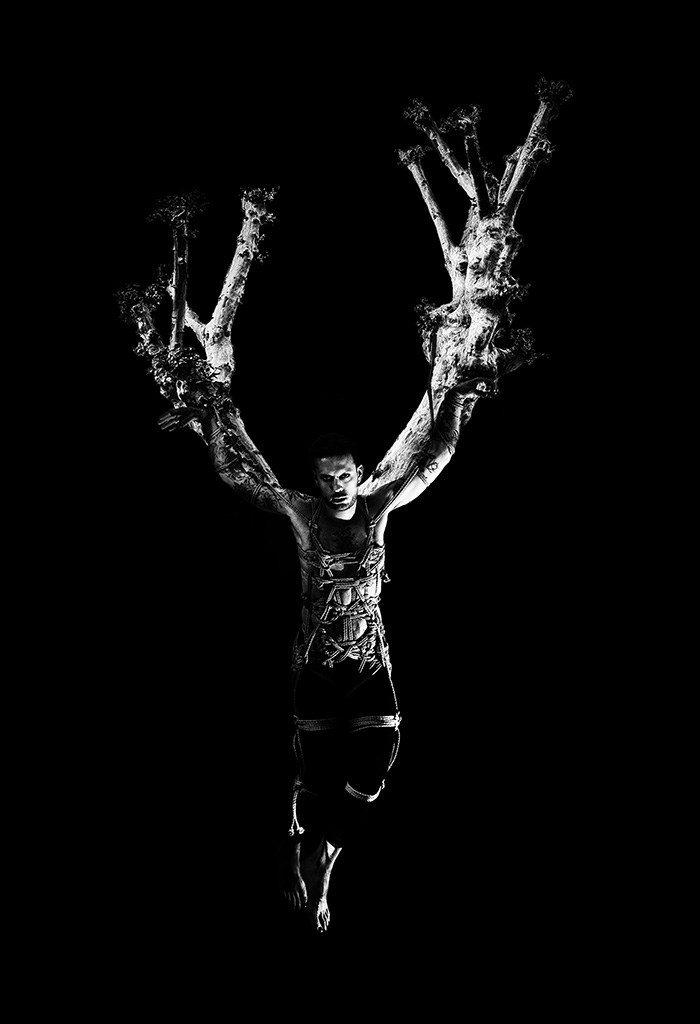 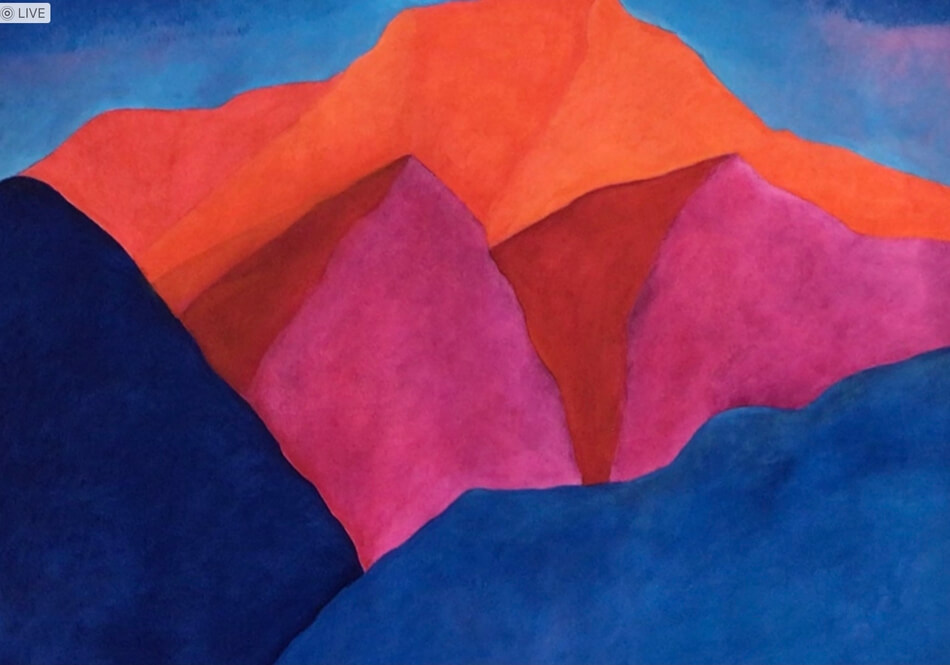 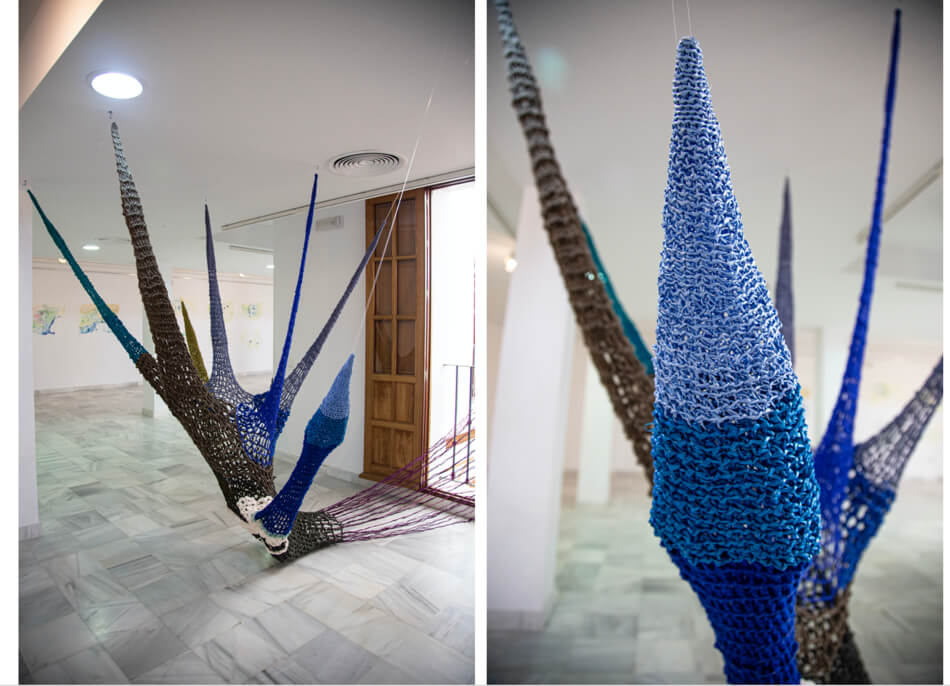