Mariko Kumon is a Japanese artist who lives in Barcelona, Spain. She graduated in applied mathematics from Fukuoka university in Japan. Almost twenty years ago she changed her life and began to study art. She studied casting and sculpture at the La Llotja Superior School of Design and Art in Barcelona and became particularly interested in creating installations. For her, sculpture is the most common form of expression as it allows her to describe life with deep emotions. Depending on the moment and state of the creative process, she intuitively plays with spontaneity and expression. Also for her, the line transmuted into wire is the personal representation of her ideas and thoughts. A line that, curving, twisting and undulating, seeks to find its own space from the inside. These suggestive power lines convey moods, thus building a personal language.

Luca Curci – Which subject are you working on?
Mariko Kumon – No one has experienced this experience, which we have virtually closed for over a year. Very anxious and frustrated feelings. So I’m working on this feeling.

LC – How did you get to your current artistic practice?
MK – I went to school and I studied various fields like most of artist. I have tried many materials and many ways to realize my ideas. Of course learning techniques is very important. It’s basic. I think every activity of the life brings to artistic practice if you have curiosity.

LC – What is your creative process like?
MK – I’m not looking for a theme. It’s coming for some reason. When it come to me an idea, or some word, sometime a sentence, I write it down in my notebook. I choose a topic instinctively but in some cases it was proposed to me from someone or some opportunity. I try to get all suggestion, as much as possible, to experiment. Because I think it can open another world.

LC – Are your artworks focused on a specific theme?
MK – To be honest, I often shape them on my thoughts and feelings. They often depends on very personal issues.

LC – What is the message linked to the artwork you have shown in this exhibition? How is it connected to the theme of the entire festival?
MK – Sometimes people create their own limits without external pressure. Due to their education, religion, or their personal experience. It affects behaviour more than you think. That’s why I wanted to put that into shape. For example the concept of one of my work is how embarrassing is it when we fail something, we feel shame and guilt and we build a wall to lock ourselves in. To interpret the feelings of shame and guilt, I chose a curved back shape under the gaze of others. A ball that represent the line of sight of people.
Not all of them look at me but I have the feeling that they do, that all eyes are on me. But as a matter of course when I look at these balls, only my face appears.

LC – We were attracted by your last artistic production, has the artwork presented been created for the festival or as a part of preexisting works?
MK – Although it is an existing work, I participated because I thought it would fit with this theme and I wanted to exhibit in public at an international level.

LC – How is being an artist nowadays?
MK – We are suffering from selling our works. Even if we have more opportunity to exhibit in public because of the spread of SNS, selling art is different.

LC – Do you think ITSLIQUID GROUP can represent an opportunity for artists?
MK – I think it is good opportunity to exhibit. Especially in another interesting city where I do not live and have a lot of audience.
LC – Did you enjoy cooperating with us?
MK – Of course and I feel thankful. 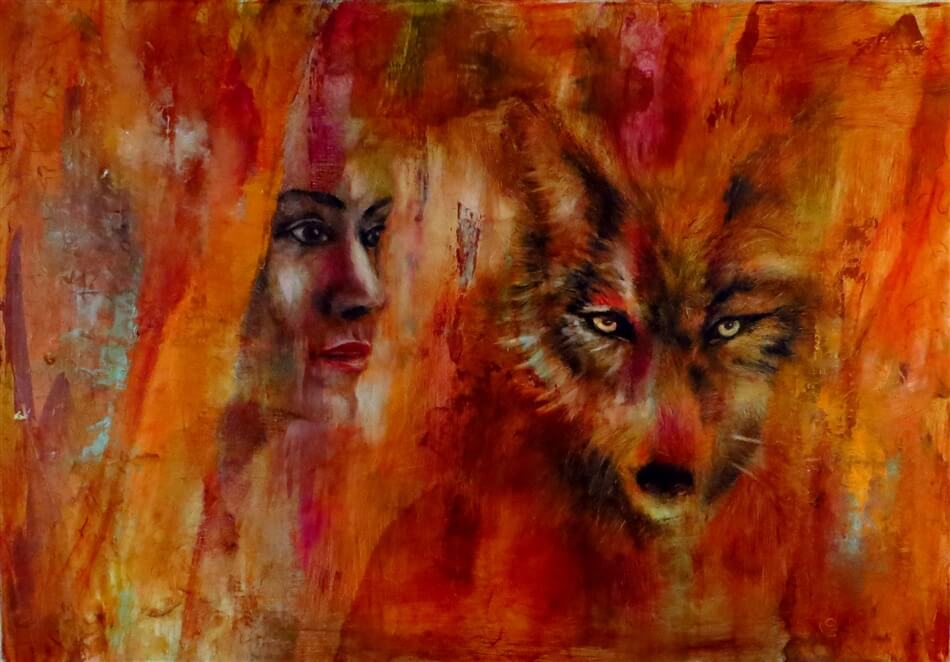 I have spent a large part of my life in various professions, including as a teacher, social pedagogue, headmistress, entrepreneur and educator of my three children. Read more 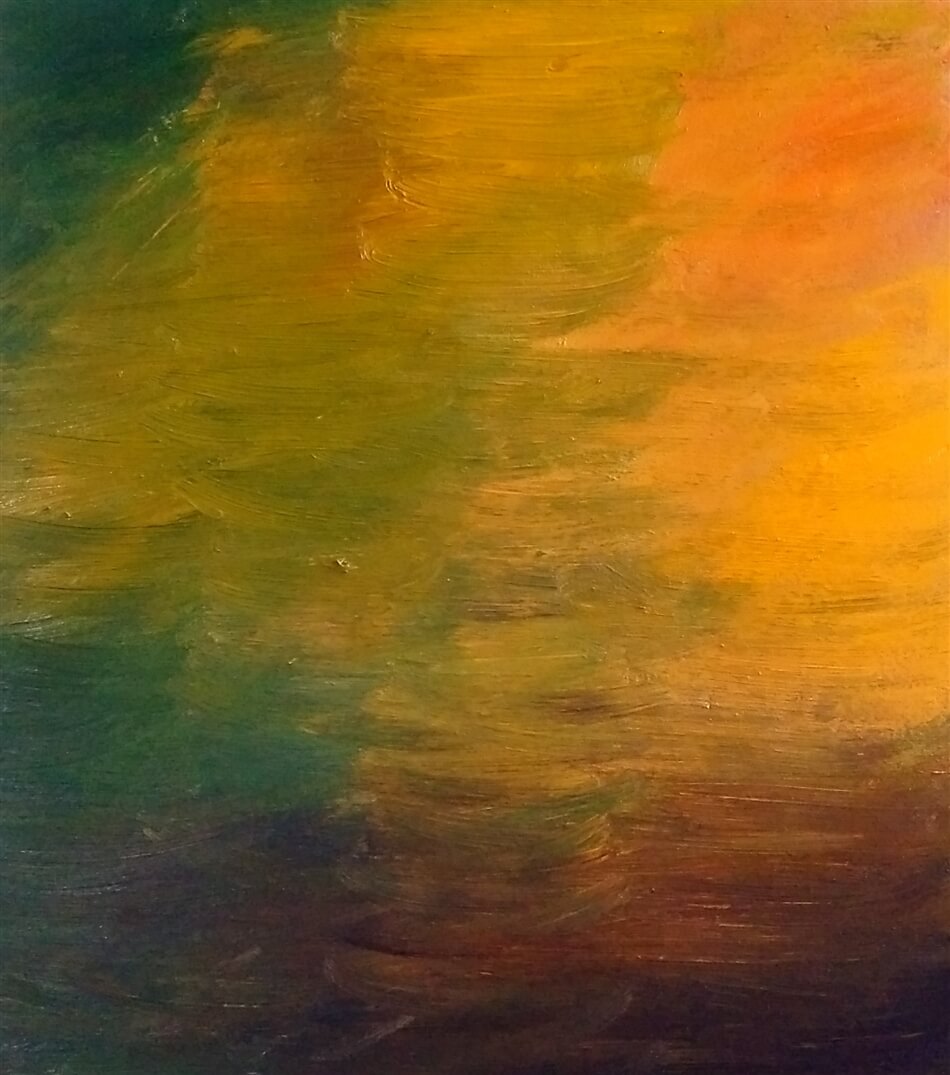 I was born in Milan on the 4th of April 1989. I’m a self-taught and modern artist. Read more 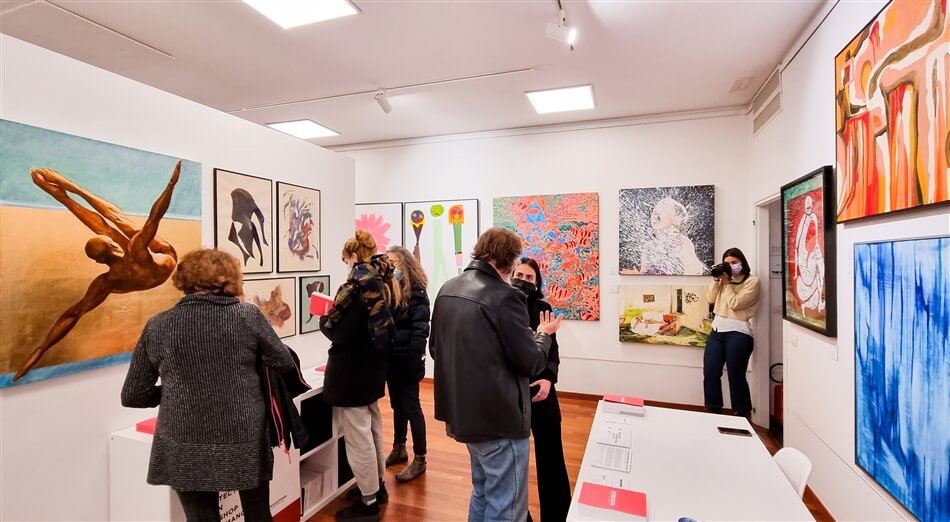 ITSLIQUID Group, in collaboration with Venice Events, is delighted to share the successful opening of the 14th Edition of Venice International Art Fair, a contemporary exhibition of photography, painting, video art, installation/sculpture, and performance art, presented in Venice, at THE ROOM Contemporary Art Space from December 16, 2021, to January 10, 2022, and at Misericordia Archives from December 17, 2021, to January 10, 2022, with around 100 artists, coming from more than 40 countries worldwide. Read more