Nika Kuk came into the world in Moscow, to be more precise, at the Maternity Hospital Number 7, known as the ‘Grauerman’ on New Arbat. In the heavens above, a roaring Leo made way for Virgo, while on the ground, Gladioli and Flox were in bloom and there were watermelons to be had from Astrakhan. As a child, Nika dreamed that one day she would be an ice-cream seller, or become a vet, or a biologist and as well as that – an artist and a cosmonaut. As a blooming young girl she kissed frogs among the jars of formalin in the Department of Biology at the Lomonossov State University and awaited the arrival of a Prince. She made drawings of the classic perfection of ‘David’ and the lines and creases of naked old ladies in life classes. She took part in archaeological expeditions and reconstructed ancient artifacts. Nika has not yet managed to get to Cape Canaveral, but some of her childhood dreams have become reality. The artist Nika works with themes from Mythology and Embryology. Through numerous zoological investigations into Mythology she has created her very own Bestiary. And her collection, ‘Nika Kuk’s Chamber of Marvels’ can be interpreted as a refinement of what she found among the formalin filled jars of the University Biological Institute.

Luca Curci – What is art for you?
Nika Kuk – Art is my form of communication with the world, and it is simply my life. That’s also the way to escape – sitting in my studio in Berlin and listening audiobook and making my sculptures I am back to a little girl, who was sitting in a wool socks in Moscow, was listening children fairytales in vinyl and creating her drawings and sculptures from plasticine.

LC – What’s your background? What is the experience that has influenced your work the most?
NK – As for my background it is easy to see it looking at my objects: I was always between biology and art, that’s why my art is mixture of embryology and mythology. All the biological lessons, expeditions and lab hours from my young ages are still with me in my art.

LC – Where do you find your inspiration?
NK – Inspiration can come to me any time: when I am washing the plates, running under the rain, smelling the morning coffee, sitting in the airplane, biting a piece of cake…

LC – Which art themes do you pursue? What is your preferred subject, if there is any?
NK – My themes are embryology and mythology. Embryo in every phase and all the stories and feelings to do. The fragile balance between mystery and science. Non visible form which is visible and even reproducing today.

LC – Which is the role the artist plays in the society? And the contemporary art?
NK – My artist role in contemporary world I see like a guide, inviting people to his Jingles and showing the new way of living and a new points of view. In my jungle we can smile and cry and talk about tabu Themen like about fairytale.

LC – What do you think about the concept of this festival? In which way did it inspire you?
NK – I found the concept of festival quite an interesting thing and idea of collaboration in a bright Venetian style as well.

LC – What is the message linked to the artwork you have shown in this exhibition? How is it connected to the theme of the entire festival?
NK – My work “Minne di Eva” is a Body Language like it is. “Minne di Eva” shows us female breasts with snakes gently wrapped around them. Mother Eve, because of the snake, found her suffering in childbirth and a chest full of milk. The breasts are arranged in a candy glass jar, reminding us of the Sicilian sweets, Saint Agatha’s breasts. The title of the work obviously hints at this connection as well. Breasts, as objects of lust, desire, passion (both erotic and culinary). The torments of St. Agatha, who lost her breasts due to an unfulfilled desire of the city ruler, became a poignant memory of the people, and everyone, who tries the breasts of Saint Agatha, becomes Saint Agatha, sharing and calming her pain with their sweetness. Erotics, mythology and humour are closely intertwined in this work.

LC – What is your idea about ITSLIQUID GROUP?
NK – That was my first experience with your team and I found the idea good. The Liquid art points on the World Map, different people, different levels of art and artists – with such diversity of everything the event looks very Venetian actually.

LC – What do you think about the organization of our event?
NK – I think ITSLIQUID has a great team, it was really pleasant to communicate with such a nice people with such a great charisma – Luca and his team. 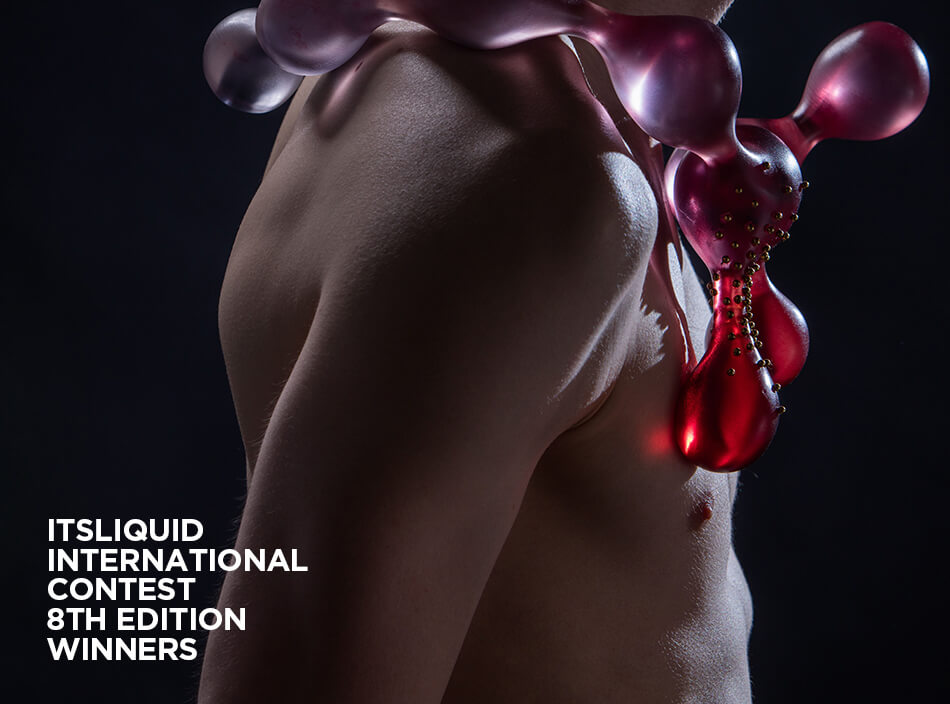 ITSLIQUID Group is pleased to announce the WINNERS of the ITSLIQUID International Contest - 8th Edition 2021. The contest is born to promote contemporary art, photography, architecture, design and fashion through all ITSLIQUID Platform sharing tools Read more

Marian Goodman Gallery New York's exhibition by Penone features a series of canvas works titled Leaves of Grass (2013) which are being shown for the first time, alongside individual sculptures made concurrently (2014-2015), and a series of drawings (2014). Read more

ITSLIQUID Group is pleased to announce the WINNER of the ARTIST OF THE MONTH - MARCH 2021, a competition open to anyone and established to increase and develop the art market and the dialogue between collectors, art critics, journalists and art lovers. Making contemporary art accessible to all. Read more