The Parallel Cities Project is a group effort based in Rome (IT) between a female photographer in her 20s born in America and a group of men between their 20s and 30s born in Mali, Senegal, Gambia, and Nigeria. It is presented as a series of postcards, each of which pairs a photograph of Rome (the city where every participant was living) with a recent memory or a reflection dictated to the photographer by a member of the group. The postcards are portraits. Though the images do not depict faces or bodies, each memory transforms the photograph into a portrait of a contemporary migration experience. By transcribing these words onto a photograph, we produce an object that belongs to the author of each memory – because the memory belongs to him – in spite of the systems in place that prevent him from gaining wealth and property in Italy. The words collectively reflect on what it would take to create a future landscape for migrants where their minds and bodies could truly be free. The postcards produce an alternative platform for communicating the contemporary Mediterranean migration experience, centring the authors’ perceptions of their own experiences.

Luca Curci – What are you currently working on?
Parallel Cities Project – The project is a series of postcards that contain personal messages about contemporary migrations to Italy. This is the project that we presented at “Future Landscapes”. The project is anonymous, in part because of the precarity of participants’ legal statuses. Neither the names of the group members nor the name of the photographer is published in connection to the project. The aspects of authorship and ownership, despite the project remaining anonymous, are particularly important to us. The first reason for this is symbolic. It is a reflection on the systematic social rejection and material exclusion that complicate the lives of black migrants in Italy, obstructing their efforts to earn money or acquire material possessions. Creating an object that each author can possess and claim ownership of therefore became very important. This is done by transcribing the words that each author dictates onto a photograph to produce a postcard. Secondly, authorship is so important to us because it means that each author controls the message that he wishes to communicate. The project was largely initiated because of frustrations voiced within the group over journalistic and academic works that are too often narrated from outside perspectives and that do not include migrants themselves in the intended audience. Frustrations were also expressed over professionals being paid to “study” migrants and communicate their stories to the world, without considering that migrants are capable of adequately communicating these stories themselves. Positioning authorship as central to the Parallel Cities Project allows us to begin addressing these concerns. The words of each author centred on the postcard, bring focus to his own perceptions of his needs and experiences.

LC – What’s your background? What is the experience that has influenced your work the most?
PCP – I’m the photographer. I focus on conceptions of place, property, and “home”. I believe my motivation towards this is partially inherited through the memory of my grandfather, who lost his nationality because of his political views and ethnicity, and from my mother, who remained stateless until her eighteenth birthday. After decades, my family gained new citizenship, I found myself living in Italy at the peak of recent migration flows into the country. I observed what I’ve come to know as the “myth of difference”. I was frequently told that those presently coming to the EU to seek asylum are somehow “less deserving” of the right to move because they are “different kinds of refugees” than those who, like my grandfather, sought asylum in the decades during and after World War II. Moreover, though I am not Italian and at the time did not speak Italian, I was often treated as a cultural “insider” because I look like a European. This became the point of departure for my work: investigating the racialized narratives that promote European standards of socialization and education while ignoring (neo)colonial cycles of dispossession. These narratives are entrenched in the institution of asylum. They also emerge frequently in the practices of humanitarian actors, and they sustain the hostile and discriminatory behaviours of citizens towards “outsiders”. It became particularly important to me to investigate the scales of actors engaging in these narratives – the state and state actors, the city and its embodied space, the humanitarian, the journalist, the tourist, the everyday citizen, and sometimes even the friend.

LC – Which is the role the artist plays in society? And contemporary art?
PCP – I think that artists and contemporary art inhabit multiple roles. The role I find myself most drawn to is calling into question the things that we take for granted.

LC – What is the most challenging part about creating your artworks?
PCP – I think that in order to make a project as a group, where participants come from different parts of the world as we do in the Parallel Cities Project, it’s important to ensure that you aren’t making assumptions. For me particularly as the photographer, it is important that I remind myself not to make assumptions based on my own perspective and my individual background. That way, I can take care not to project my own worldview and fill in the blanks with what I would expect people to want instead of taking the time to listen.

LC – What do you think about the concept of this festival? How did it inspire you?
PCP – I agree with the concept that it is important to deconstruct borders and to understand that they aren’t permanent fixtures in society. If we are to work together to create a future world that works better for more people I think that this is an important concept to agree on.

LC – What is the message linked to the artwork you have shown in this exhibition? How is it connected to the theme of the entire festival?
PCP – The message connected to the project questions the normative ways that Italian society engages with migrants. The purpose of the project is to push people to find new ways and alternative platforms for this engagement. The opinions, perspectives, and experiences of migrants themselves are key to building new “future landscapes”.

LC – What are your suggestions about our services? Is there something more we can provide to artists?
PCP – I think that it would have been nice to have more follow up communication since the inauguration. It might have also been nice to have the interview questions more personalized. Also, since much of the in-person activities are still limited, it would have been nice to be given the opportunity to participate in an online conference or virtual workshops. 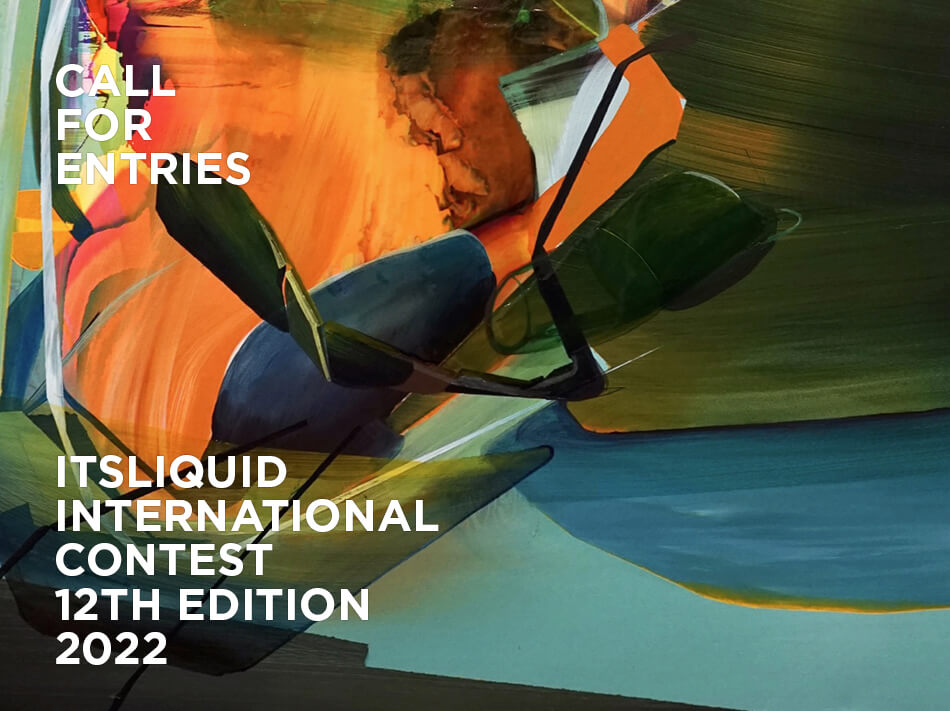