Richard Gene Barbera is visual artist strongly influenced by coastal life, especially scenes from his upbringing in Portland, Maine, and from time spent in other international seaboard landscapes. His compositions are exquisitely composed to capture the scene with dynamism and affection whether it be fishermen working on their nets, cottages perched above pebbly shores or viewpoints down toward expansive beaches. He has a clear, graphic visual style that creates maximum impact with very refined, edited means. Each shape and alignment is carefully considered to show the character of the subject matter and complete the overall piece. His aesthetic is influenced by the process of reductive printmaking, including lino cuts and wood block prints, where the essence of the image is ascertained through a visual distillation and physical removal process; the areas left then create the blocks of printed ink. Like those prints, in Barbera’s work, all that remains is essential to communicating the image, and proves a joy for the viewer to interpret and live alongside.

Currently living in Connecticut, as a youth Barbera studied under visiting artists at the Portland School of Art, ME. He graduated with a degree in Graphic Design from Hartford College, CT, during which time he also attended University of Southern Maine to focus on drawing and painting. Alongside his painting practice, for many years, Barbera worked as a Creative Designer making branding identities for large international companies. His work now is motivated by the preservation of coastal environments and through his painting and printmaking he seeks to advocate for the counteraction of careless approaches and to draw attention to the negative impacts of pollution.

LUCA CURCI – What is art for you?
RICHARD GENE BARBERA – Art for me is a platform to express myself, tell a story and focus on the things that mean a lot to me and most people. To bring awareness to our surroundings but bring beauty in a simple way.

LC – What are you currently working on?
RGB – I am working on a strong series about The Melting Formations of Ice and Snow in the Arctic due to Global Warming! The rapid melting of our ice and snow covered terrain and the patterns left behind. Beautiful but almost calling for help.

LC – What’s your background? What is the experience that has influenced your work the most?
RGB – I have a strong background as a Visual Creative Art Director for years but always, always through my life a background as a Fine Artist. Mediums: Computer Digital, Drawing, Painting and Silkscreen Printmaking.

LC – Which subject are you working on?
RGB – I am painting a huge series in Oil on Canvas for the 2022 Summer. Global Warming in the Arctic, called “MELTING FORMATIONS”. Other Subjects: Patterns in nature’s beauty, Hard working people, and Global Nature Awareness.

LC – Which is the role the artist plays in society?
RGB – My role as an artist to our society is quite simple: is to catch the viewers attention but bring awareness. My story starts with awareness of our environment. Forest Fires/ Global Melting/ Affected Animals by Pollution.

LC – And contemporary art?
RGB – I am simplifying my story with shapes, colors and sometimes found pollution as a contemporary minimalist. 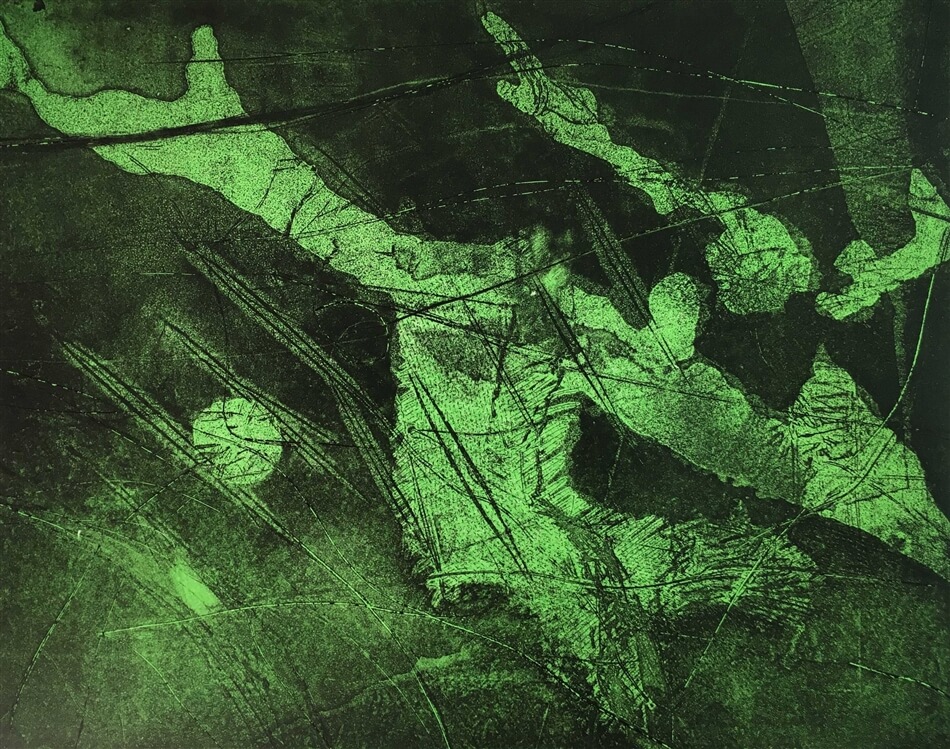