Sally de Courcy qualified in 2016 from the University of Creative Arts, Farnham with a first- class honours degree, scholarship and masters with distinction in Fine Art. She is interested in repetition of cast objects and works in different mediums including bronze. The objects are re-assembled to reveal a narrative. Her medical experience of working with refugees is reflected in her work, which often stands for those who are treated as less than human. The philosophical reasons for repetition of violence through history explored by Butler and Zizek have influenced her, together with artists Doris Salcedo, Ai Weiwei and Mona Hatoum who transcend their autobiographical experiences to comment on thematic human issues. Recently her work concerns humanitarian aspects of the COVID19 pandemic.

Luca Curci – What’s your background?
Sally De Courcy – An interest in social justice led me away from art into a career in medicine. Early in my training, whilst young and working in the developing world, I was exposed to the suffering of refugees from a genocidal regime. These images stayed with me when life and family took me back to the UK and the safety of general practice in Surrey. My own future seemed comfortable until sudden and serious illness catapulted me into retirement at the age of 40. Having been a senior doctor who trained medical students and junior doctors, I started at the beginning again. No longer able to do the job I loved and facing an uncertain future, I turned back to art and to art school.I took an access course at the University of the Creative Arts in 2008. I progressed to a BA in Fine Art before obtaining Master of Arts with distinction in 2016. I am formally trained in in a variety of mediums, including bronze. The academic training, I received over eight challenging years at the University of the Creative Arts, extended and consolidated my practice as a conceptual artist. It allowed me to rebuild myself, piece by piece.

LC – What is the experience that has influenced your work the most?
SDC – I am inspired by my experiences as both observer and participant, as practitioner and patient, most recently as an immunocompromised artist living a shielded existence in relative social isolation. Much of my work revisits my medical experiences as a witness of human suffering, reinterpreted through a historical and geopolitical lens, informed by my wider reading. Recent authors who have directly inspired me include Butler and Zizek. I have been strongly influenced by other artists, notably Doris Salcedo, Ai Weiwei and Mona Hatoum. They have transcended their autobiographical experiences to explore, and comment on, thematic human issues.

LC – Which subject are you working on?
SDC – I am producing a series of works reflecting on the sociological, political, and personal effects of the COVID19 pandemic and how this new reality of social and economic disorder in a pandemic world, has shaped the artist’s life as an immunocompromised artist and medically retired doctor who was isolated during lockdown. Most recently I have been reviewing past work made in 2016 called Precarious Lives which was part of a body of work about Human Rights. It was inspired by my experience as a young doctor working with refugees and influenced by Butler’s philosophical texts, Precarious Lives and the concept that some people are treated as less than human. Using contextually linked objects arranged in an ironic mandala, I am updating the work to reflect the escalating number of tragedies currently occurring as refugees attempt to cross the English Channel.

LC – How is being an artist nowadays?
SDC – As for so many others, the recent pandemic has presented challenges. Exhibitions have been postponed and cancelled and galleries have been shut and therefore it has been important to embrace expanding on-line opportunities, such as publications, virtual exhibitions and interviews, such as this one!

LC – Do visitors’ suggestions enrich yourself and your art?
SDC – My practice uses contextually linked objects that when reassembled forms a narrative. How that narrative is perceived is very much dependant on the viewers interpretation. Sometimes the interpretation can be different to my own enriching it further but also helping to inform and develop myself and my practice.

LC – Did your style change over the years? In which way?
SDC – I began by casting simple objects and arranging them to create more complex abstract forms, pursuing the well-trodden path of abstract repetition, and the magnifying repetition of imperfection, as a means of representing physical, social, and cultural evolution. An epiphany came at art school, when I was challenged to make the abstract more personal, to bring more of myself into the piece. I started to use cast repeated objects that relate metaphorically and literally. A narrative is revealed when the contextual links are recognised and re-assembled. My work is not autobiographical in the figurative sense, but like many artists explores the liminal space between conscious representation and unconscious influence. My work is frequently deliberately decorative but hiding darker and often sinister subjects that when revealed create dissonance. The sum then becomes something like an optical puzzle, oscillating between beauty and nightmare.

LC – Which art themes do you pursue? What is your preferred subject, if there is any?
SDC – I have always been interested in repetition using the casting process. I use repetition to emphasis my ideas and concerns within this overall gestalt. The subjects I pursue often reflect my medical past and I am particularly interested in exploring thematic human issues. I often combine objects with bones which are emblematic in my work and are used to explore our shared vulnerability and mortality. 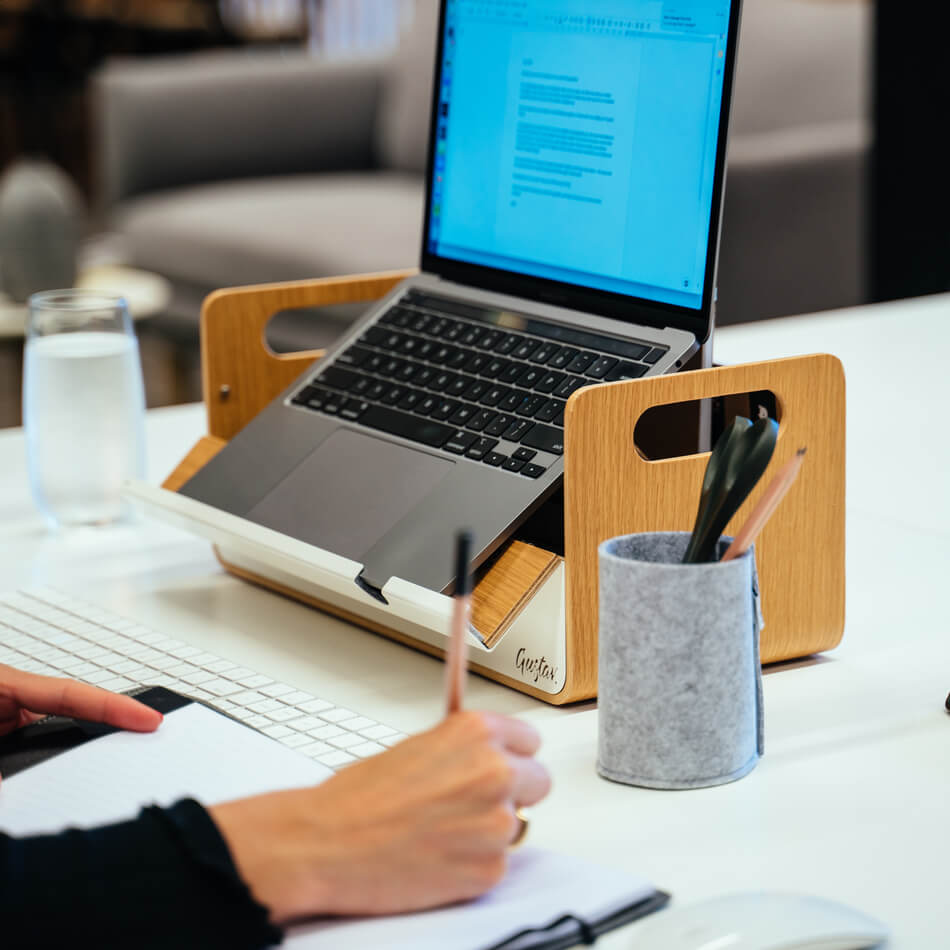 Gustav is a mobile toolbox developed by Tuesday On The Beach Ltd, a workplace innovation company based in New Zealand. Gustav provides people in flexible offices with personal storage and a laptop stand in a mobile way. Weighing less than 1,350 grams and featuring an adjustable monitor angle, it is an ergonomic solution for any office space. Read more 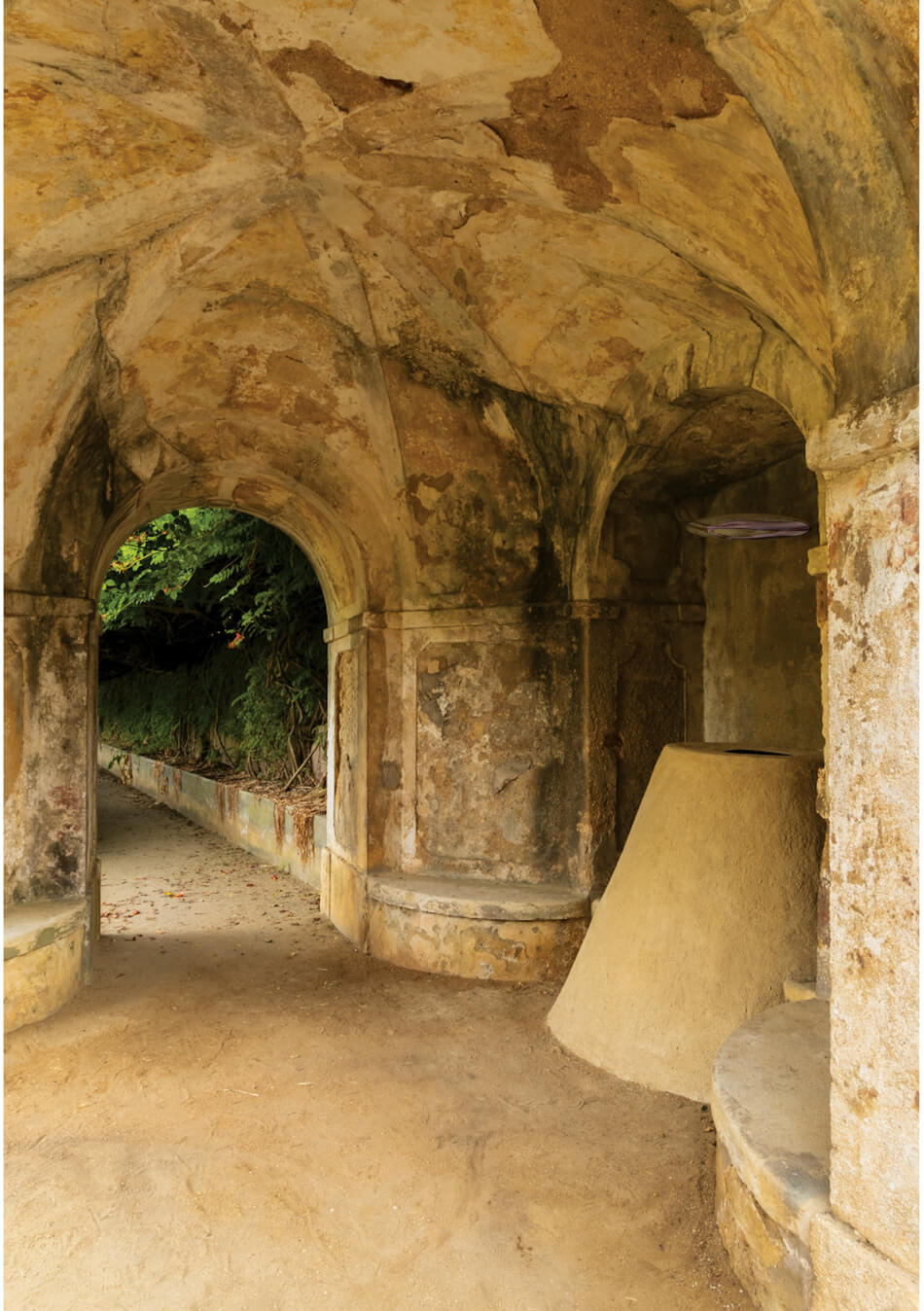 I'm Isabelle Catucci, I was born in Paraná, southern Brazil, in 1986. I am a graduate in sculpture and a master's degree in Social Anthropology with the theme Public Art. I work as a professor at the Department of Arts of the Federal University of Paraná in the areas of three-dimensional poetics, sculpture and ceramics. I am doing a PhD in sculpture at the Faculty of Fine Arts of Lisbon, in theoretical-practical research about the earth and art. Read more