“Never be afraid of the shadow. It is there to signify that nearby, somewhere, there is a light that illuminates” (Ruth E. Renkel). In this sentence by the American poet Ruth E. Renkel lies the first stage of my inspiration. This is the starting point for my personal research into the mystery, the fascination of things, ancient history and the science of man. My professional history comes from cinema, which expresses storytelling through moving images accompanied by music and spoken language. My transition to pure photography more intimately captures the power of storytelling in a single image. It is the search for a visual language in which objects are defined not by contours, but by the thickness, density, and energy of forms. After long experimentation of technical attempts, readings, and chemical and aesthetic research, a stream of unconsciousness has brought to light this fusion between oriental art and the more contemporary vision of black and white photography, all appearing during magical darkroom sessions. To quote Umberto Eco “The precision of the mechanism led me to the imprecise”. My clear reference to Japanese and Oriental painting in general addresses three fundamental aspects: Not pursuing the mimesis of reality, but a creative representation of it; Synthesis of tradition and contemporary aesthetics; The important role of the media used, mainly washi paper. Hence the choice of using Japanese paper with a lively brushstroke of sensitive emulsion. The fact that a photo has sharp, defined contours naturally tells of what lies beyond the photo itself, a fundamental peculiarity of photography. That I have blurred them and made them uncertain is an even stronger desire to dissolve the outside world with imagination. The vitality I strive for refers to the flow of energy that belongs to me and that embraces the subject and the work; Xie He, a 5th-century Chinese writer, critic and art historian pointed to this vitality as one of the fundamental points for judging a painting, namely ‘the resonance of the spirit‘. He argued that without the resonance of the spirit, there was no need to look further. This process reminds me a lot of the act of playing jazz music, more specifically the drums that I have been playing since I was a child. Starting from a solid foundation, one begins to improvise. Among my important references, I include Josef Koudelka in whom one can read the persistence of human activity in spite of its fragility. This is a fundamental starting point for narrating landscapes empty of the presence of man. Hence my quest to recount man and history without human presence.

Luca Curci – How did you get into photography? Do you remember why you took your first professional photo?
Stefano Paradiso – My father was a keen amateur photographer and loved to make a lot of super 8 films. As a child, I built myself a camera out of Lego where I put a mirror to reproduce the SLR system. Then a teacher in middle school directed me to a film and photography high school that made me a professional. Having started in cinema as a camera operator and then as a cinematographer, it is difficult to trace back. I shot many films on film and returned to still photography in 2018 by rebuilding a darkroom in my home.

LC – According to you, what makes a good photo? Which details do you focus on?
SP – In my opinion, a good photo must make you imagine far beyond what you actually see in the frame. It must be a strong stimulus to go beyond the boundaries of the frame. It must make us ask questions, arouse curiosity, excite or dream. Sometimes there are details, sometimes it is the whole that attracts my attention. Usually it is the first impact of the image as a whole that grabs my concentration.

LC – Do you use art to express something in particular? Is it your medium of expression?
SP – For several years now, first in film and then in photography, I believe that art helps me to understand the world and consequently myself. Furthermore, imagining and reflecting through a visual story helps to work on one’s unconscious. Art in general is a world of sharing, of exchanging more or less conscious points of view.

LC – How is your creative process?
SP – Let’s say that I don’t have a defined process that is always the same. Usually, I am attracted by a theme that intrigues me, and then I research, study. Finally, in the final stage of image creation, I let my instincts guide me.

LC – Did your style change over the years? In which way?
SP – More than the style what has changed is the approach to storytelling. With time one learns to find a more and more precise way for each story, and consequently the style is influenced.

LC – What is the message linked to the artworks you have shown in this event? How is it connected to the theme of the entire exhibition?
SP – I presented three different projects. The photo Fragments from my latest project on the Etruscans “In Praise of the Shadows” represent my longest work, both in research and execution and post-production. The photo Dark Venice seemed perfect for me to exhibit in Venice, it is a shot that I cherish. It is part of a larger project I have entitled Souls at night. Last but not least, two ‘Desert Sculptures’ photos were noticed on my site by the Itsliquid team. I was pleasantly surprised because I think the whole project beyond these 2 photos is very powerful both visually and conceptually. In my opinion the whole thing complements not only the event in this wonderful palace but more deeply the city of Venice, its energy, its artistic fluidity. I think my photos tie in with all this because they are a ‘journey’ into the past, the present and the future.

LC – We were attracted by your last artistic production, has the artwork presented been created for the exhibition or as a part of preexisting works?
SP – They are all pre-existing works. The photo Fragments represents a large project on the Etruscan world of which I finished the first part in May of this year, 2022. The photo on Venice ‘dark Venice’ seemed ideal to me to exhibit in the city where it was created. The photos of Desert Sculptures were noticed on mine by Francesca Facchini Project Coordinator of ITSLIQUID Group. It is a project done on a trip to northern Argentina and Bolivia at altitudes between 4000m and 5000m above sea level. I am very attached to it because, to summarise the project, it is a stimulus to reflect on our earth with an ecological outlook.

LC – What do you think about ITSLIQUID Platform?
SP – I have recently discovered ITSLIQUID and it seems to me that an excellent collaboration has been born. The platform is well realised and gives me the impression that it can only grow for the better, there is clear potential especially at a time when art in general is following a changing world of communication.

LC – Would you suggest a collaboration with us? What do you think about our services?
SP – I would say yes, your services are professional and performed in exclusive locations, I would not add anything else.

LC – What do you think about the organization of our event?
SP – The event you organized in Venice thrilled me-it is my favorite city in the world and exhibiting at Palazzo Bembo on the Grand Canal is a true sensory experience. The venue is wonderful and the organization impeccable. Thank you! 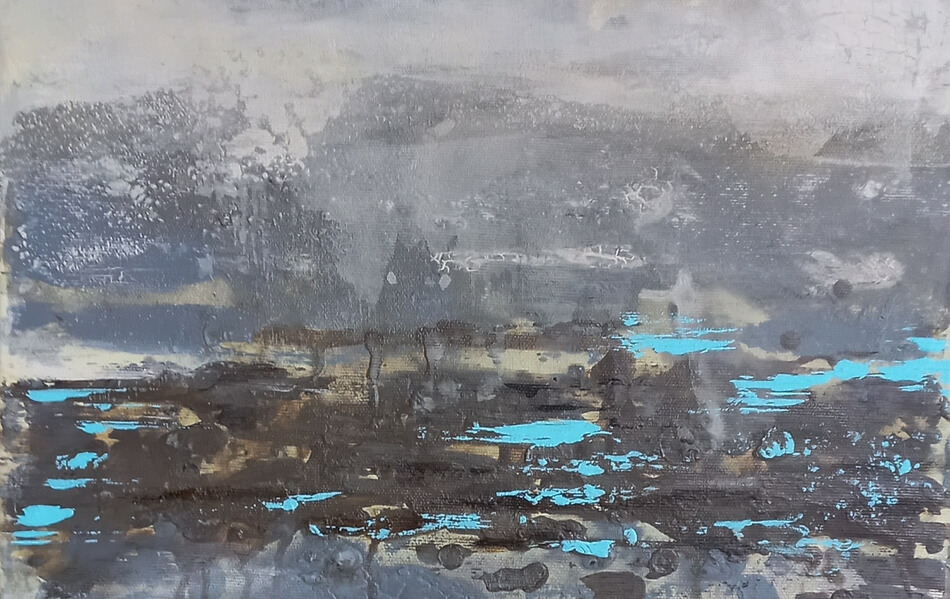 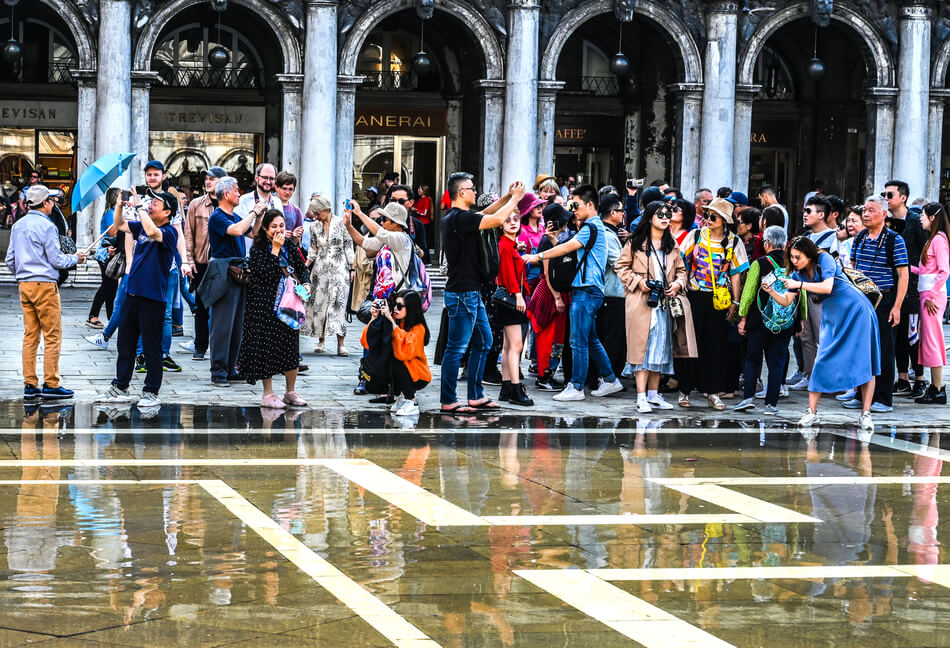 Interview: Mia Karlsvard Luca Curci talks with Mia Karlsvard during the 16th Edition of Venice International Art Fair, at Palazzo Bembo. Mia Karlsvärd has worked as a photographer for over 30 years. In 2018, she left Östgöta Correspondeten newspaper, where she had been employed since the late 1980s, and now runs her own business as a lecturer, photographer and writer. Read more 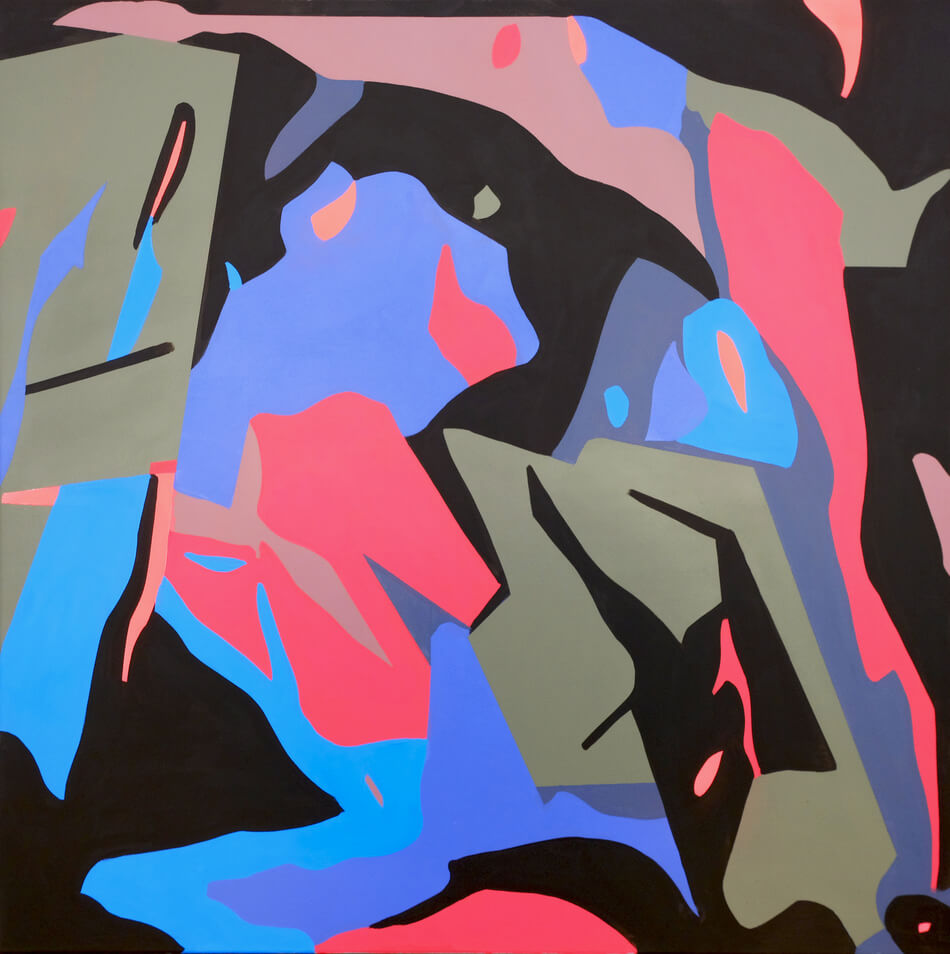 Luca Curci talks with Christoffer Bukh during the 11th Edition of CONTEMPORARY VENICE 2022, at Palazzo Bembo. Christoffer Bukh "Bukhie", is a visual orientated urban artist and fiery soul from Aarhus, Denmark who is working with the art as a tool to visualize observations and abstractions, which is some that goes again in most pieces and artworks. Read more 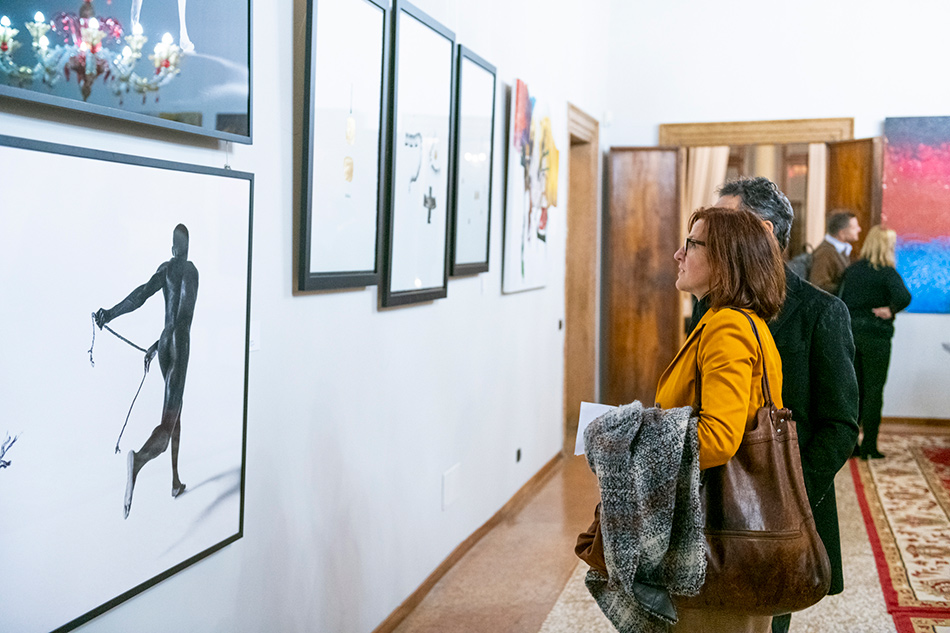 ITSLIQUID Group, in collaboration with EGO' Boutique Hotel is delighted to share the outstanding outcomes of the 16th Edition of VENICE INTERNATIONAL ART FAIR 2022, an international exhibition of photography, painting, video art, installation/sculpture and performance art, that took place in Venice, at Palazzo Bembo from December 02 to December 23, 2022.  Read more