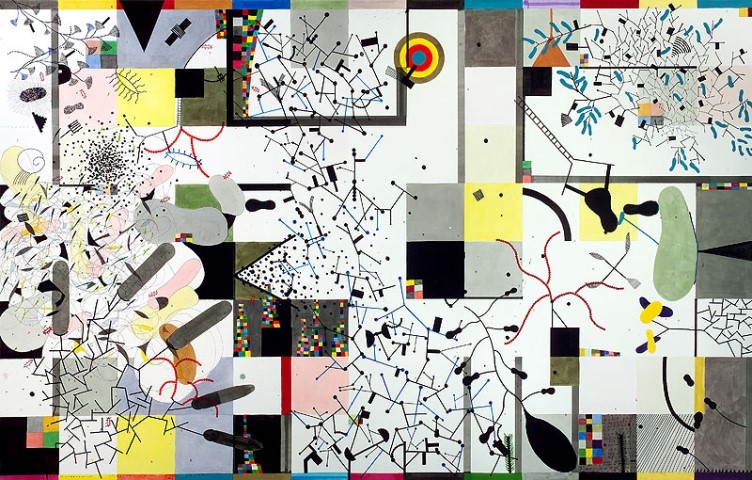 Luca Curci talks with Stephen Daly during CONTEMPORARY VENICE 2018 and THE BODY LANGUAGE 2019 at THE ROOM Contemporary Art Space and at Misericordia Archives.

For me, the artistic path began in grammar school with a desire to become a classical musician. With some years of private lessons and practice on an instrument I learned about structure and discipline but knew I would forever be a practitioner and not the creator I wanted to be. I found the inventiveness that would satisfy this need in a painting class halfway through high school in Menlo Park, California. The truly formative years for me artistically were those spent in undergraduate and graduate studies at San Jose State University and Cranbrook Academy of Art, respectively. San Jose State University had a very active art department and was close enough to the San Francisco Bay Area to allow plenty of museum, gallery, and studio visits. My struggle during this period was to find a medium I liked and determine what my artistic voice was to be. In San Jose, and again at Cranbrook in Bloomfield Hills, Michigan, I explored the mysteries of metal casting and found a formal and visual language in a machine/man, machine/animal synthesis much expanded and grounded a few years later during a two-year grant period (on the Prix de Rome at the American Academy in Rome where I could work, look and think all the time. My first teaching position at the University of Minnesota was followed by almost a decade at Humboldt State University in Northern California (less the 2 years in Rome). The move to Texas (1980), to fill a position in sculpture at the University, saw the introduction of a distinctly figurative element in my sculpture and the beginning of drawing as an art form (as opposed to sketches for sculpture). The concepts of “situational” work and of “particulated” imagery (many independent forms working as a whole) continue today. Ideas swirl around how we communicate with each other and with the natural world. 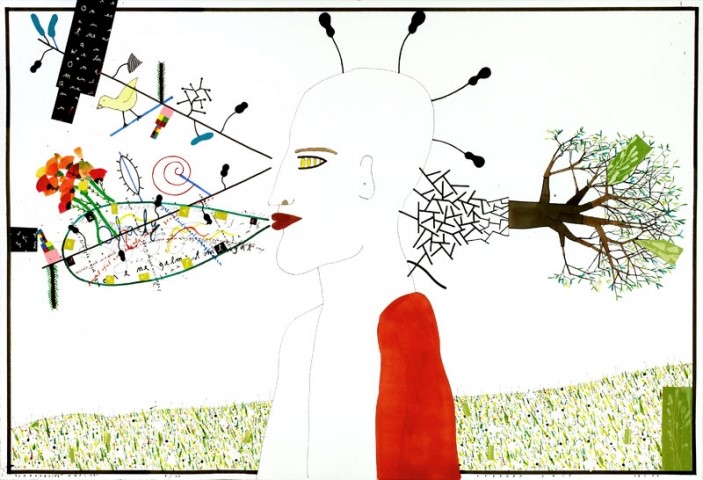 Luca Curci – What are you currently working on?
Stephen Daly – I have been getting ready for a solo show at Wm. Campbell Contemporary Art titled DALY2/D featuring current drawings and paintings. I have also applied for an artist residency in Europe.

LC – What is art for you?
SD – Making the invisable ,visable. Entering the subconscious. Moving the mind out into space or onto paper.

LC – Do visitors’ suggestions enrich yourself and your art?
SD – I don’t listen to suggestions much, but I do listen to feedback, especially relative to content. This helps me decide how much information to use (or not) in the next artwork.

LC – What is the most challenging part about creating your artworks?
SD – Marketing.

LC – Do you agree with our vision of art and what do you think about the theme of the festival?
SD – Broad enough to allow curatorial expression. Nice to see an emphasis on contemporary figuration. 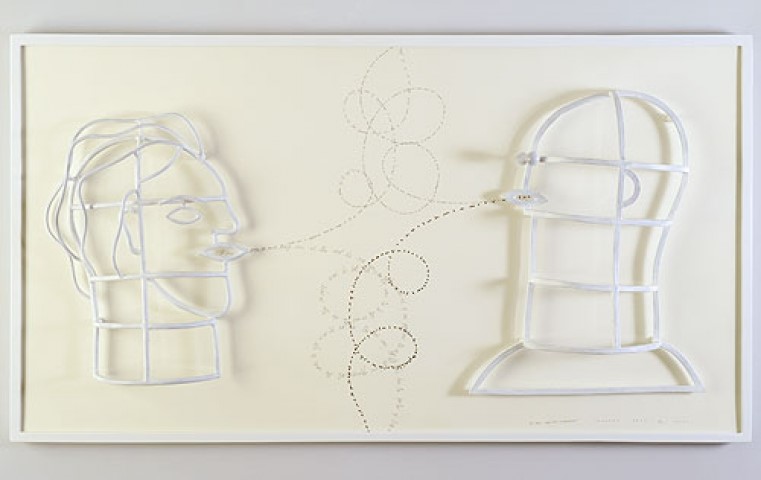 LC – In which way the artwork presented in our exhibition is connected with the festival’s theme?
SD – It relates in how we communicate, or do not communicate, is figurative and leaves the situation quite open for the spectator to consider.

LC – What do you think about ITSLIQUID Platform?
SD – This is my first experience so I can’t really say.

LC – What do you think about the organization of our event?
SD – Seems efficient enough. Liked all the social media attention to the show. Very pleased to have been invited.