Originally from Thailand, Thanchanog Ho Mai Chin is currently a multidisciplinary artist based in Singapore. Her citizenship renunciation and migration history have compelled her to work around the theme of identity. Traversing autobiography and memories, Mai Chin is intrigued to explore the notion of time, and consciousness employing light as the constant medium in her work. Mai Chin has been involved in several online and physical exhibitions in Singapore and Europe. Her latest work ‘Suburbia’ video series was shown at ‘Mixing Identities’, THE LINE London, England 2021, and ‘Fragmented Identities’ THE ROOM & Palazzo Albrizzi-Capello, Venice, Italy during the Venice Biennale 2021. Mai Chin’s other recent photography series ‘go back to sleep’ was also showcased at The Fluxus House, Singapore, and was later published in ‘Oblique’ by Nanyang Academy of Fine Art 2020. Apart from her studio practice, she is been collaboratively involved in a curatorial project for Yuwana Zine #4 ‘LOCKDOWN’ by ASEAN Youth Forum 2021, recognised by ARTE Justice New York. In addition, she was a set designer and scenographer for cross-collaborative productions ‘Breath’ directed by Margret Wibmer, and ‘(B)LOOM’ directed by Dr. Filomar C. Tariao in 2020. Alongside, Mai Chin runs an event management company, TheMeetupSG, as a Creative Director, and a mental health advocate at Mental ACT as a comic artist.

Luca Curci – Which subject are you working on?
Thanchanog Ho Mai Chin – Throughout the video, I was attempting to draw a parallel between my identity and my hometown in relation to time and physical space. This was executed through the juxtaposition of space, visual, and sound alluding to the overlapping of time-past and present. For the most part, I was inspired and adopted Southern Thailand’s traditional folk shadow puppetry, “Nang Talung” to play with the superimposed visuals. Occasionally, the viewer will catch a glimpse of silhouettes and sound layered on top of the original footage. These visual and sound elements signify the has-beens that stem from recurring dreams and memories during my childhood projected onto the current reality. The tension here is dire as the generic is gradually succeeding in what was perceived as authentic to me. Thus, “Suburbia” is drawing the parallel to my experience of perpetual loss for both circumstances while also eliciting the preciousness for the diminishing sense of identity.

LC – How did you get to your current artistic practice?
THMC – During my early years, I have always been expressive and passionately involved in the arts which had led me to specialise in Western Painting during my tertiary education. Since then, I have been influenced by certain techniques such as Tenebrism from the Baroque movement and the idea behind Impressionism which is about capturing moments using light and colours. Hence, over the years of my expedition, I found my fascination for the phenomenon and nature of light itself. However, I don’t particularly limit my source of inspiration to a fixed or a specific figure or form. Each of my projects has its trajectory that would incline me to various and diverse subjects I find resonance with. Presently, I have arrived at the stage where I embrace ambiguity and working with or across multi-mixed media involving light as the key concept. Primarily painting, photography, video art, and graphics, I employ these media to recreate my own space beyond the impression of the physical realm. Directly or indirectly, light is manipulated as the constant among these media to explore the notion of time and consciousness traversing autobiography and memories. It precedes visual perception of physical reality, symbolic to spirituality, and its intangibility resonates with my desire to reclaim my sense of self from displacement. I often find the common ground in nature and spirituality to retrieve the intrinsic essence of the self. By interpenetrating the impression of these spaces between the physical and beyond, I ultimately embrace the idea of oneness through an experimental approach with this intangible matter.

LC – Which is the role the artist plays in society? And contemporary art?
THMC – From the beginning to current, the role of the artist in society seems to be timeless. I see artists as any individual in a society with a voice but an extraordinary one. A voice that amplifies what matters to them whether it is political, environmental. emotional, spiritual or aesthetical. Their voices humanise society creatively and uniquely. An agent who carries a certain message across in a variety of forms to the bigger picture. Ultimately, their solitude finds solidarity at the end of the day. Like the concept of holism or collectivism, I see artists as merely the sum of their parts. In this case, I hope to connect my work “Suburbia” to those who might have shared a similar sentiment or experienced similar circumstance and tension with their identity. Globalisation has broken down the cultural barriers and made everything so accessible that the authentic identity wavers around it.

LC – Are your artworks focused on a specific theme?
THMC – “Suburbia” explores the theme of time, memory and identity. In response to the feeling of temporal displacement and the tension between the suburban and the urban identity traversing the influences of memory, biography and culture. Stemming from my recent citizenship renunciation and migration history, I sought to recreate a familiar ambiance that chimed with the idea of homecoming while the city was chasing time. This figurative representation was inspired by Southern Thailand’s traditional folk shadow puppetry, “Nang Talung”. Both the traditional and the modern methods were fused to mirror the simultaneity of the ongoing urbanisation that gradually succeeded the rural culture with a generic identity. Therefore, the recurring imagery intended to express my “personal nostalgia” and perpetual loss for my ever-evolving hometown identity.

LC – Do visitors’ suggestions enrich yourself and your art?
THMC – As an artist, I think it is important that my artwork invites and allows a room for conversations. It is always enriching to hear how different one perceives and interprets the very same thing we experienced. What excites me is knowing that I am potentially going to gain one new perspective each time someone expresses their thoughts about my artwork to me. This is one of my favourite avenues to inspire a thought-provoking process for my art. When we put a part of ourselves out there, especially discussing private topics about our life, we are putting ourselves in a vulnerable spot. It is very easy to succumb to critics if we do not know our voice. As far as constructive goes, it is inevitable to have external voices that I may not agree with. It is a matter of knowing my voice loud and clear enough so it is not overlapped by others and filtering in what echoes with mine in order to fine-tune the harmony. Unfortunately, I did not have the chance to be there personally to have a conversation with any visitors for this art fair. However, I am always open to constructive criticisms or feedback.

LC – We were attracted by your last artistic production, has the artwork presented been created for the festival or as a part of preexisting works?
THMC – ‘Suburbia’ was a pre-existing work previously showcased at ‘MIXING IDENTITIES’ Art Fair and I was later contacted by your team for this art fair as well. I have chosen to exhibit for ‘FRAGMENTED IDENTITIES’ as it speaks very well for my work.

LC – Do you agree with our vision of art and what do you think about the theme of the festival?
THMC – I think that the theme of the festival is not too specific or ambiguous either, which invites artists to openly interpret and find the connection to their art. The phrase ‘Fragmented Identities’ immediately connects me to my story in “Suburbia”. The video portrays the tension of the coexisting rural and the urban landscape that creates an odd dynamism. It is about the ever-evolving landscape of my hometown identity in analogy to my own after renouncing my Thai citizenship which I had truly connected with. Similar to what is mentioned in the write-up of the exhibition “Human identities are both separated and related one to another into a big mosaic that completes the existence and the world culture. …the relationship between man and space, including man-built and natural spaces. ”

LC – What do you think about the organization of our event?
THMC – I did not manage to attend it physically but from what I have seen online, it seemed very well-curated and organised. I enjoyed the documentation of the live event coverage. Particularly, the performance art was very fascinating and engaging to watch during the opening and how they responded to the site specifically. I hope to be able to experience it first-hand one day. 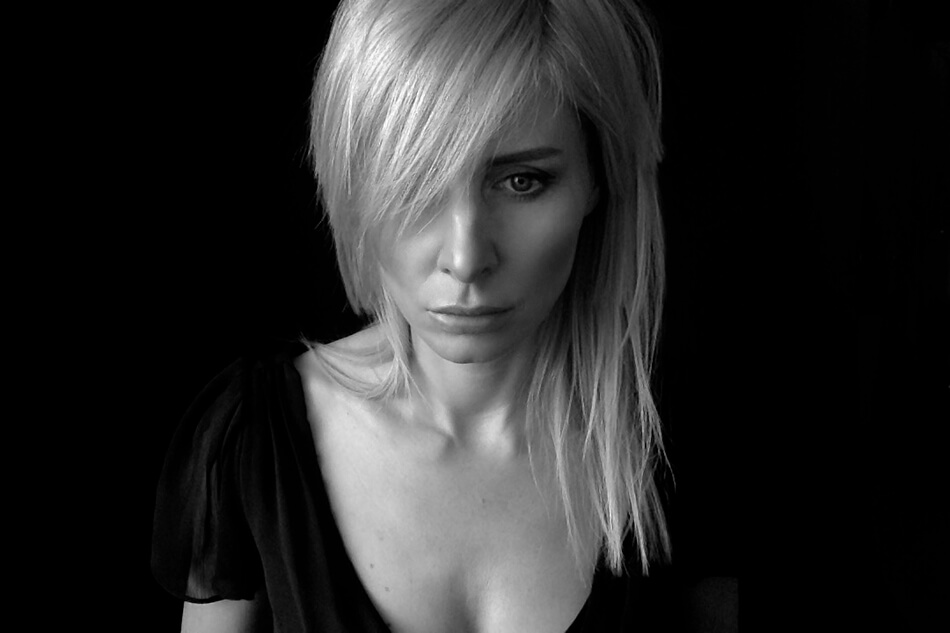 Letta Sed graduated studies with a master degree in Chemistry at Adam Mickiewicz University in Poznan, Poland. In 2012 - 2015 she studied Photography at the Warsaw School of Photography and Graphic Design. Read more 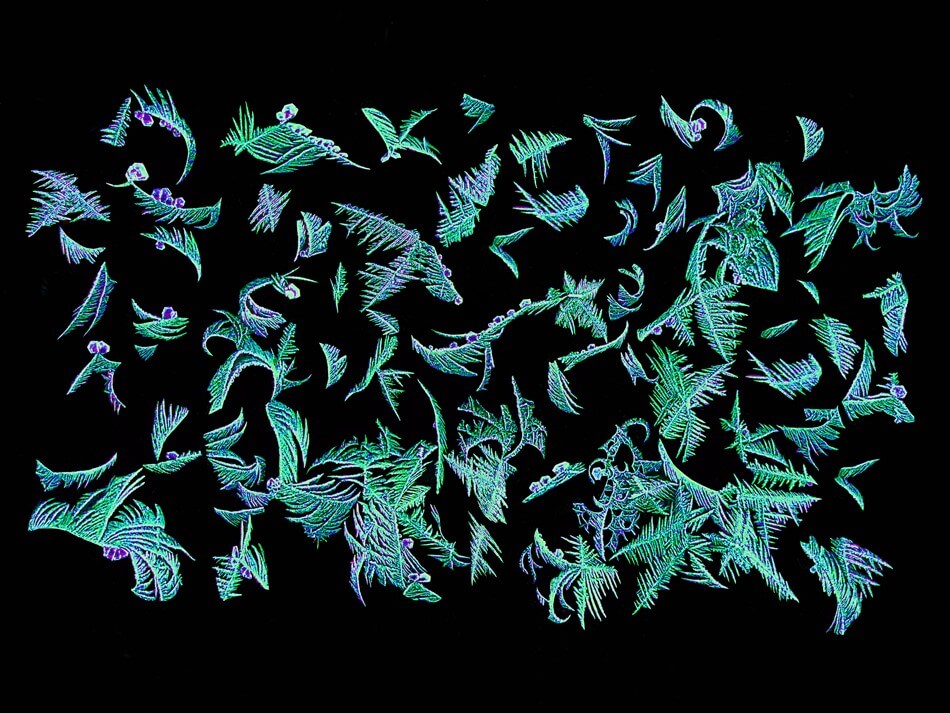 As a research engineer in the semiconductor industry, Patrick Lysaght used synchrotrons to capture the onset of crystallization in novel nanoelectronic materials only a few atoms thick! The realization that atoms collectively self-organize into fractal branching networks at microscopic and grand scales in both the living and nonliving worlds altered the direction of his research. Read more 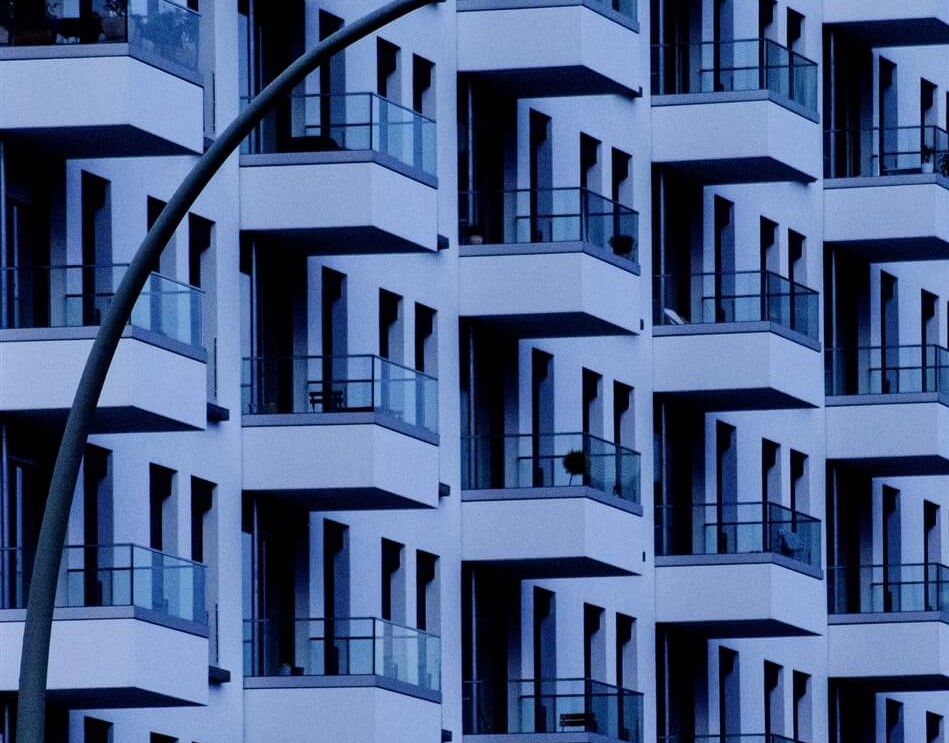 Gudrun Latten has a University Degree in Art History and History. She is a member of several artist societies among them GEDOK. Since 2014 Gudrun Latten has shown her photographs and videos in Venice (Italy), New York (USA), Los Angeles (USA), Paris (France), London (UK) and other countries. She has been selected for various interviews, catalogues and magazines (international). Read more