Yiwen Tu is an artist and designer based in New York. Born and raised in Shanghai, China, she grew up deeply influenced by Chinese traditional culture. This has been reflected in her design style and research subjects. In 2013, she started her undergraduate study in Media Art Design located in Shanghai. Later, she pursued further education in art and design at the Fashion Institute of Technology and Pratt Institute in New York. Now, she works as a designer at CSM where she works on award-winning projects for big-name clients such as L’Oréal, HBO, United States Olympic & Paralympic Committee and so on. During her years living abroad, Yiwen has experienced the conflicts and fusion of different cultures and ideologies, leading her to start thinking more about the formation of people’s value systems and study people’s reactions to social conflicts and “exotic” phenomena. Her works then shifted to focus on studying how an ideology is developed or overthrown and the relationship between individual perspective and larger social and historical context.

LUCA CURCI – How important is the editing process in your work? How’s yours?
YIWEN TU –The editing process is essential to most of my artworks. When I start creating an artwork, I will first decide on the message that I want to communicate, and then start developing the media and methodologies that best perform my idea. The editing process plays different roles in my works. For example, in Honey & Sting, which was exhibited at The Body Language, I used digital edits to achieve the surreal visual. The visual discomfort is part of the audience’s experience, and the editing process is what makes it happen. In my work Digital Degradation, I modified the appearance of my work by manipulating the code of its digital file. In this case, the editing process of ruining the code carried the intended message – that destruction can bring a new life form to an artwork.

LC – When you take photos, are you usually inspired by the situation or do you find inspiration in yourself?
YT – I usually take photos when I see something touching my heart or triggering my imagination. I also use photos in my art and design process. When a special moment inspires me, it leads me to think of a certain memory, experience, or feeling. This process brings something personal, and when I take these photos, there are always stories behind them. My work Unemployed is a piece of artwork that consists of 52 photos of the sunset. When the pandemic hit, like many people, I went through a dark time. Every day I went to the rooftop and was stunned by the gorgeous scenery. Taking sunset photos became a routine that carried me through these dark days, with the scenes speaking to my experience and feelings. Those sunsets impelled me to create Unemployed to tell my story.

LC – Did your style change over the years? In which way?
YT – Yes, I have been exploring new styles over these years. I think the shift in style works for the message of my artworks. I will think of what idea I want to communicate, who I am talking to, and what feeling I want my works to arouse before deciding on a particular style or methodology. Therefore, I’m not necessarily developing a signature style. I prefer having a new experience, learning more, and hearing different thoughts to develop a stronger subject for my artwork.

LC – Which art themes do you pursue? What is your preferred subject, if there is any?
YT – A lot of my works are about conflicts and reconciliation. I explore the subject based on my experience from growing up in Shanghai, and now living and working in New York. With a different cultural background, I experienced a lot of conflicts and frustration at the beginning. Over the years, I started to embrace and reconcile with those conflicts. They are still there, but now I can face them and see through the surface. I think most of my works are a reflection of this process where I reconcile with my internal battles and try to bring in different perspectives and messages to my artwork.

LC – How do you feel when you see your work completed?
YT – Phew… relief! And I feel excited and curious too. I will wonder how people will react to my work and if the intended message came through. Although I do a lot of research and interviews in the creation process, I still never know how people will interpret my artwork. When the work is released, it feels like a child grown up and left home. I am excited about the work’s future journey and also curious about the interactions it will inspire or unexpected sparks it may run into.

LC – Can you explain something about the artworks you have in our exhibition?
YT – I feel that we are living in a turbulent era where technology helps information easily flow to every corner of the world. While it assists us to better communicating with each other, it also brings conflicts. How people with different backgrounds and beliefs react to the same information is dramatically different. This reminds me of an old Chinese saying that quotes “甲之蜜糖，乙之砒霜” (translation: one man’s honey is another man’s poison), which comes from the story of the emperor and his favourite imperial concubine in the Late Tang Dynasty, which was another turbulent time of the world. While the emperor regarded the imperial concubine as the only one who understood and loved him, everyone else took her as a curse to the Tang Dynasty. These reactions and interpretations are authentic but also inevitably biased. The true facts are usually more complicated than what we think and believe.

LC – Did you enjoy cooperating with us?
YT – I do! Everything went smoothly. Thank you for your timely responses and all the support before, during, and after the exhibition.

LC – What is your idea about ITSLIQUID GROUP?
YT – I learned about ITSLIQUID GROUP in 2020 when I was invited to participate in the CANVAS International Art Fair. Because of COVID 19, the exhibition date was postponed for a long time, but with ITSLIQUID’s professional help, everything turned out successful. I started reading the articles on your website, and I was able to know more awesome artists through your platform. It’s inspiring. 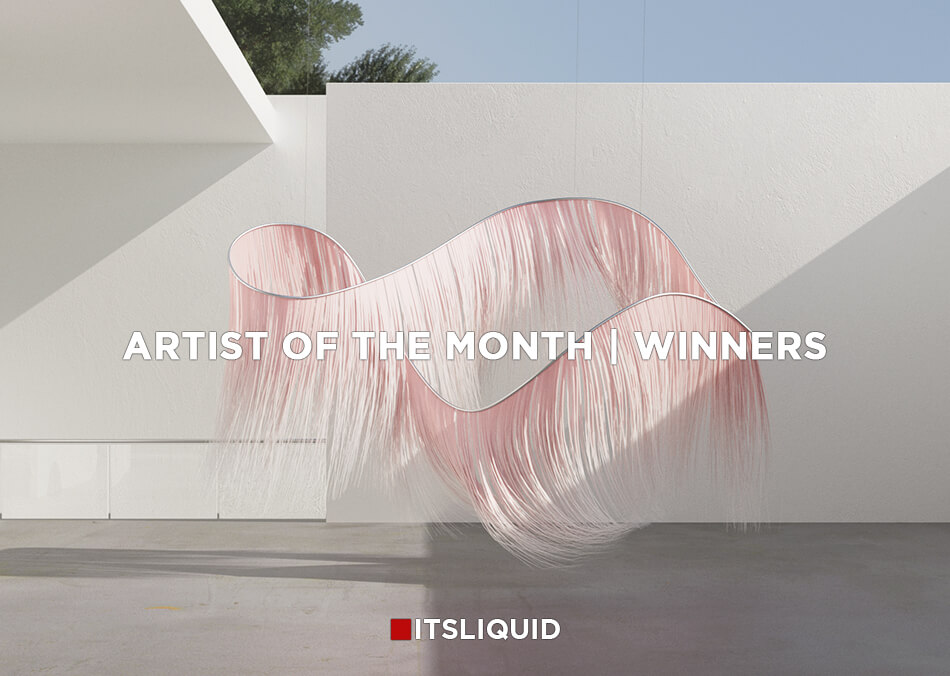