I am a Londoner, having lived, worked and studied there all my life. I have a background in architecture, and I completed a degree in Sculpture from the University of the Arts London in 2016. I work across variety of media; sculptures, paintings and functional works that show a contrast between the home and working life.

Luca Curci – What is art for you?
Adrian Flaherty – Art is something to be lived amongst: a source of inspiration and an outlet of a need to create. It is of the time, place and culture.

LC – What’s your background? What is the experience that has influenced your work the most?
AF – I have a background in architecture and office work which has very much influenced the two aspects of my art practise: the home and work. My artwork based around ideas of the home developed from where there were no decorations when I moved in a new flat in 2014 just insanely pure white walls throughout which was very much like living in an empty gallery space. Individual sculptures and paintings were made to respond to the uses and features of this home, making interventions and combinations in the various spaces, often using waste products from the home. Over the course of the degree course it became like a sculpture for living in. This was much like how Grayson Perry made his gesamtkunstwerk, or total work of art, in his A House for Essex and like how Piet Mondrian used his studios to experiment with his ideas of colour and space. This project evolved at the same time as the debates over Brexit were being formed. However, since completing his degree course he has moved away from this more introverted, self-improvement way of working to one where he has also been addressing the need to make connections and to working life, shown with the ongoing project of producing work in response to each bridge along the River Thames.

LC – Where do you find your inspiration? Are your artworks focused on a specific theme?
AF – This varies between the two themes of my work. Generally, for the work in my home I find inspiration from a white space – the uses and needs of that space or a combination of old work and the new. In the case of my bridge series I have been expressing the chaos and order of city life with the application of paint. I work very quickly at first then try and bring all the parts together. The subject matter in these is usually irrelevant just the paint and getting the balance right. Other painters and designers sometimes prompt me into working with a material in a certain way or a development of an idea, for example Claes Oldenburg and his scaled up public artworks provoked my scaled up functional sculptures. I also get ideas from the collecting of a particular waste material that I have found interesting in its previous use, form or the material itself.

LC – How is being an artist nowadays?
AF – It is hard as an emerging artist to make a living – I juggle a few part-time jobs to make ends meet. There are many open calls that I have applied for, both in galleries and on the internet and I have had good opportunities to get exposure but there is a lot of competition. The flip side to the amount of artist doing similar projects is that there is no end to being inspired to develop your own work.

LC – What is the message linked to the artwork you have shown in this exhibition? How is it connected to the theme of the entire festival?
AF – This painting expresses this sometimes-overwhelming sense of blank space and the possibilities, and my body trying to be comfortable in this space. My arms and legs are crossed – a juxtaposition of a defensive form of body language, with its angular shapes, and one where I trying to get comfortable, using a more twisting and loose application of paint. The addition of the stopped watch marks that moment in time. I think it expresses the sense of a solitary figure in space. It is good for it to be part of this exhibition where previously it has been situated on the wall in my home, now it is making connections to others in this coming together of people’s minds and bodies.

LC – Do you agree with our vision of art and what do you think about the theme of the festival?
AF – I liked the quote from your website saying art “is an extension of our bodies, and like us, it has an identity; but this identity is only revealed fully during the course of its lifetime”. This along with the last line of the information sheet where it says in this exhibition art and artists are produced work “that brings human kind to change, to transform and evolve their inner world” – sums up much of my work.

LC – What do you think about ITSLIQUID Platform? Do you think it can represent an opportunity for artists?
AF – I think this platform is an excellent gathering of worldwide culture, a good source of inspiration and a great stage for exhibiting on. This exhibition is a fabulous opportunity for emerging artists to be brought together.

ITSLIQUID Group, in collaboration with Venice Events and ACIT Venice - Italian-German Cultural Association, is pleased to announce THE BODY LANGUAGE - ITSLIQUID International Art Exhibition 2021, international exhibition of photography, painting, video art, installation/sculpture and performance art, that will be held in Venice at THE ROOM Contemporary Art Space from March 01 to March 21, 2021, and at Palazzo Albrizzi-Capello from March 02 to March 21, 2021. Read more 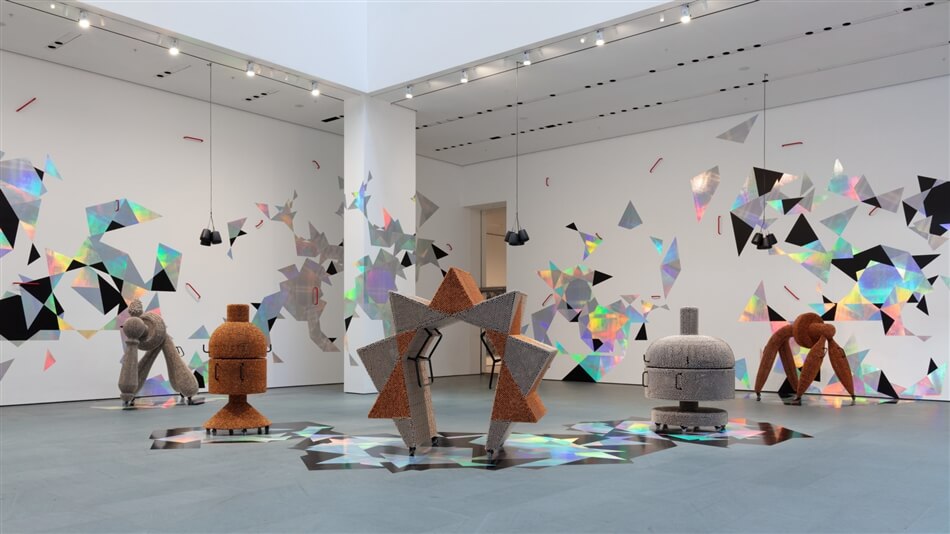