In the exhibition JORN / KIRKEBY, visitors will, for the first time, experience a painterly encounter between two of Denmark’s most influential artists who, in their various ways, have left their mark on the Danish art scene. The exhibition draws attention to the affinities and differences of these two artists in their approach to painting and being painters. By juxtaposing works by Asger Jorn (1914-1973) and Per Kirkeby (1938-2018) under themes like unbridled painting, classicism, erotic drive, landscapes and self-presentations, their individual and unique approach to painting will appear in a clearer light – from Jorn’s intense, unrestrained abstractions to Kirkeby’s pensive and more controlled ones.

“We hope that visitors will enjoy this meeting of masters which offers a glimpse into how painting as an expressive form continues to be a source of inspiration, fascination, and reflection for both artists and visitors”, says Erlend G. Høyersten, museum director, ARoS.

Painting in focus
The primary focus of the exhibition is directed at painting and more than eighty works from ARoS’ collection of art as well as from museums, galleries, and private collections in Denmark and abroad will be on show. Several of the works have never previously been shown in a museum context. “Asger Jorn and Per Kirkeby insisted on painting and they were both anchored in artistic communities, which played a role in forming their practice. They were protagonists of a Scandinavian expressionism, but they were also, in their youth, representatives of European avant-garde currents and they helped draw attention to Northern Europe as a centre of artistic debate and innovative thinking: Jorn in the 1930s and 40s and Kirkeby in the 1960s”, says curator-in-charge Jeanett Stampe, curator, ARoS.

The painterly similarities can, at a first glance, be difficult to identify. Jorn‘s art is intense and unbridled and the paintings are color-saturated and often small-scale. Kirkeby‘s works are pensive, intellectual, and controlled abstractions with painterly pauses often manifested on enormous canvases. But Jorn and Kirkeby have more common features than people believe. They have, among other things, worked with a wealth of artistic expressive forms and both kept reverting to painting. Their figurative language is somewhere between abstract and figurative and painterly issues, material experiments, and specific topics engaged them both.

The father figure that Kirkeby never met
Jorn and Kirkeby never met in person, but nevertheless, there is a distinct affinity between the two artists. In a feature article in the newspaper Kristeligt Dagblad from September 2018, Per Kirkeby is quoted as saying: “I start where Jorn left off”. The quote underlines the huge interest Per Kirkeby had in Asger Jorn’s art. Moreover, there are traces of a generation-gap rebellion in the exhibition. To Kirkeby, the early 1960s were a confrontation with traditions and the painterly idiom of earlier times, enabling him to find his own standpoint. This resulted in a confrontation with the painterly father figure cut by Asger Jorn. Jorn’s position on the art scene was, in many ways, a presence that not only Kirkeby had to shake off, but which the entire generation of artists who followed in the wake of Jorn necessarily had to consider. Similarly, during his youth, Jorn had to consider and work his way out of the shadows cast by some of the powerful artistic profiles of the past. 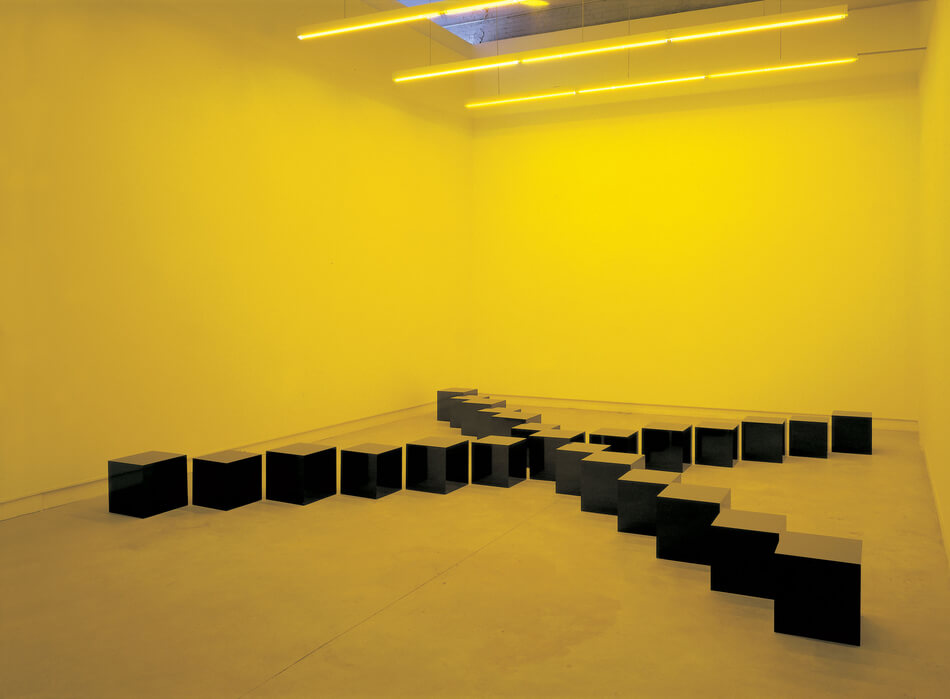 Pirelli HangarBicocca will present a major exhibition dedicated to Bruce Nauman, one of the world’s most prominent living artists (from September 15, 2022 to February 26, 2023). Read more 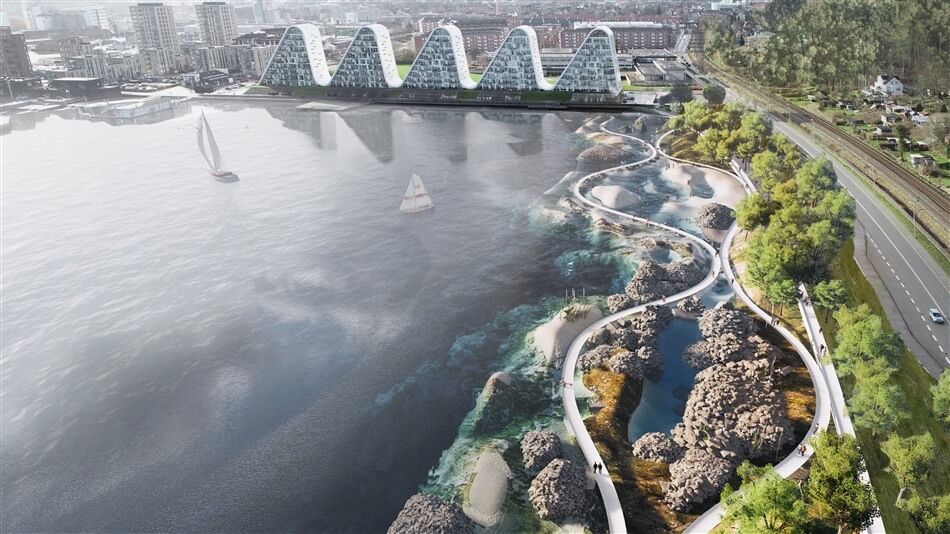 The Coastal Path by ENTROPIC

How can we adapt our cities for the coming challenges with rising water levels? ​The Coastal Path is a solution for the flood protection line to protect Vejle from storm surges and rising sea water level. Read more