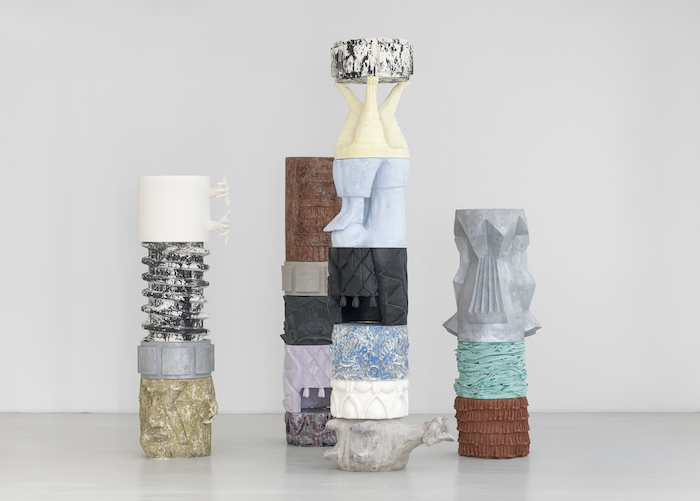 From April 4 to June 16, 2019, the Fondation Cartier pour l’art contemporain presents Metamorphosis. Art in Europe Now, an exhibition that explores the diversity and vitality of the European artistic scene today. It includes 21 artists who hail from 16 countries and work in painting, sculpture, fashion, design, and video. The exhibition is accompanied by an ambitious Nomadic Nights program. Representing the first of a series of exhibitions on emerging art scenes organized by the Fondation Cartier, Metamorphosis celebrates a new generation of artists who embody the spirit of today’s and tomorrow’s Europe. 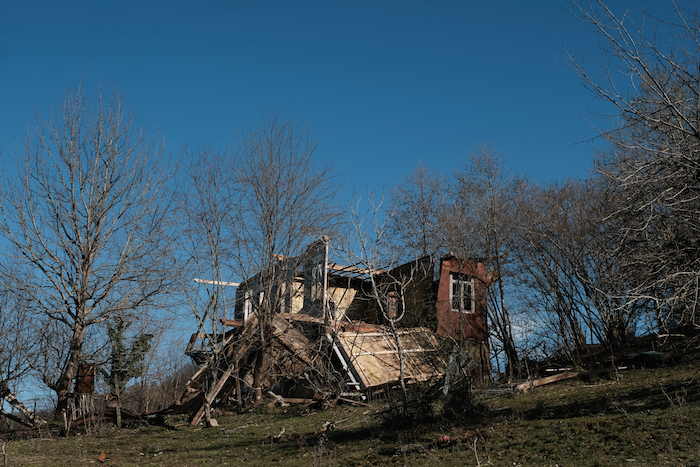 Over the course of a year, the Fondation Cartier led a vast research project that brought us to 29 countries all over the European continent, beyond the borders of the European Union. We met with over 200 artists selected from among the one thousand portfolios. This project began without any preconceived ideas or guiding principles and culminated in a deliberately restricted selection of some twenty artists in order to sufficiently showcase the work of each one. 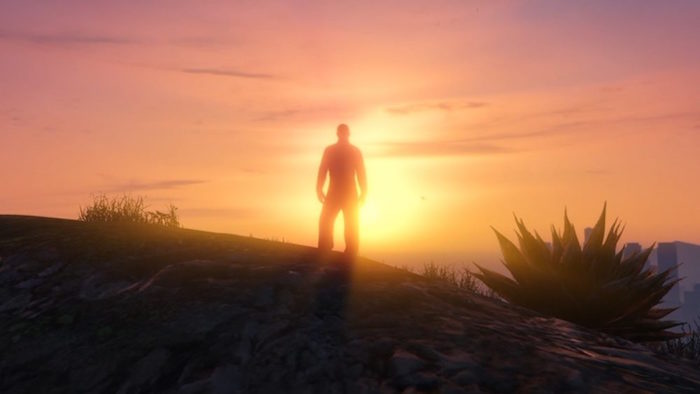 Born between 1980 and 1994, these artists came to age after the fall of the Berlin Wall, in a continent marked by the recent upheavals that had profoundly redefined its contours. They are French, Georgian, Greek, Portuguese, British, or Polish. Most of them have studied or now live in a country other than their country of origin. One of the artists was even born outside Europe. Some, such as the Georgian artist Nika Kutateladze, are exhibiting their work for the first time outside their home country. Others, for example the Estonian Kris Lemsalu or Russian artist Evgeny Antufiev, have already attained recognition on an international level, but are presenting their work in a French institution for the first time. 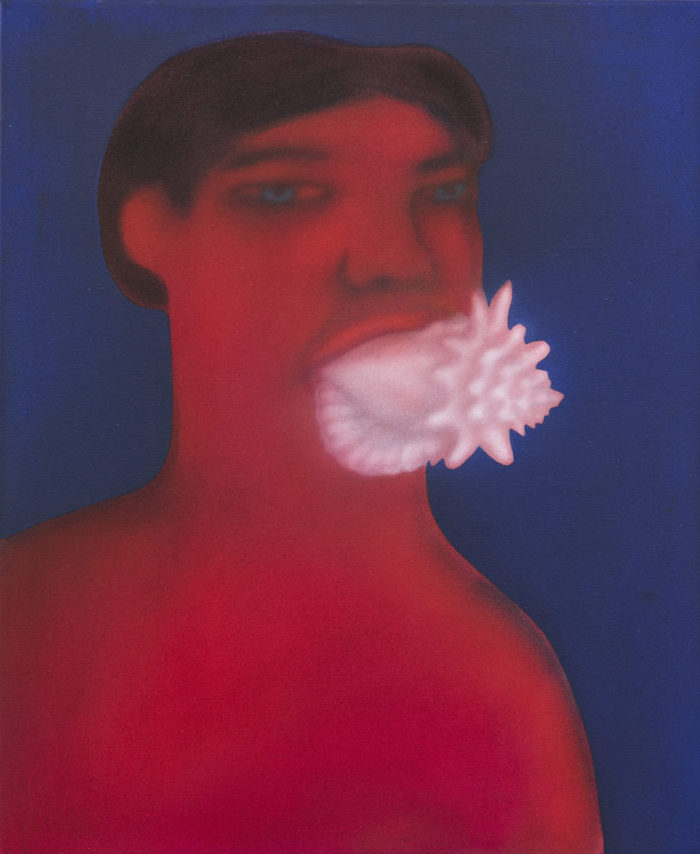 The title of the exhibition was inspired by the theme of metamorphoses that underlies the work of the participating artists. Their aesthetics reveal an interest in hybridization, fragmentation, and collage. Drawing on memory, history and folklore, and embracing techniques such as casting, ceramics, and embroidery, they succeed in creating radically contemporary forms using often collected materials. French sculptor Marion Verboom creates a landscape of columns by assembling architectural elements from different time periods. Other artists propose more narrative works that fuse past, present, and future. Inspired by ancient and modern legends, the pictorial language of the Belgian painter Kasper Bosmans, brings to mind a coat of arms or a rebus. Swedish artist and film-maker John Skoog follows a ritual procession of figures disguised in animal masks and costumes in Bade-Württemberg, Germany. In his series Regional Education, inspired by 18th century British rococo paintings, Danish painter Magnus Andersen captures the melancholy of teenagers torn between tradition and modernity. Looking back from the future, Swedish artist Lap-See Lam recounts a personal story of the Chinese diaspora in Sweden in a strangely painterly video. Finally, French film-maker Jonathan Vinel makes use of the possibilities offered by the videogame Grand Theft Auto V to portray a lonely young man whose family has suddenly disappeared, leaving him wandering in a hostile environment that is a distorted reflection of the contemporary city. 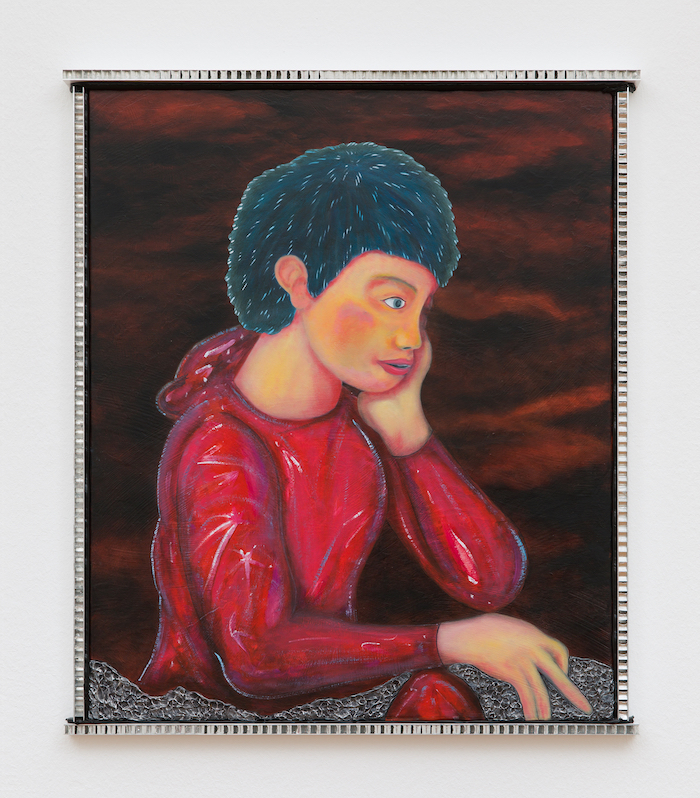 While highlighting the correspondences between the artists, Metamorphosis seeks to showcase each artist in their singularity. For example, the exhibition places large compositions by British painter Georges Rouy, portraits of figures with an ambiguous identity, opposite those of French-based Syrian born artist Miryam Haddad. The latter’s works are saturated with color to the extent that we are unsure as to whether these express joy or tragedy. Near Haddad’s work is the intimate and refined installation of the Czech artist Klára Hosnedlová, the powerful and enigmatic work of German artist Raphaela Vogel, and the subtle and ironic film of Portuguese director Gabriel Abrantes. Although at times the exhibition presents artists with similar approaches, these result in unique forms, as is the case with the Italian design duo Formafantasma and Dutch artist Tenant of Culture, both of whom transform abandoned and/or obsolete consumer products into art objects. While the former use electronic waste to create design objects with an intentionally minimalist aesthetic, the latter assembles second-hand garments to create clothes that say something about our society.
The exhibition design is the work of French designer Benjamin Graindorge, and it was conceived in close collaboration with the artists. Eleven artists chose to produce new works for the exhibition, including Greek painter Alexandros Vasmoulakis, Polish sculptor Piotr Łakomy, British painter Charlie Billingham and Greek designer Kostas Lambridis. 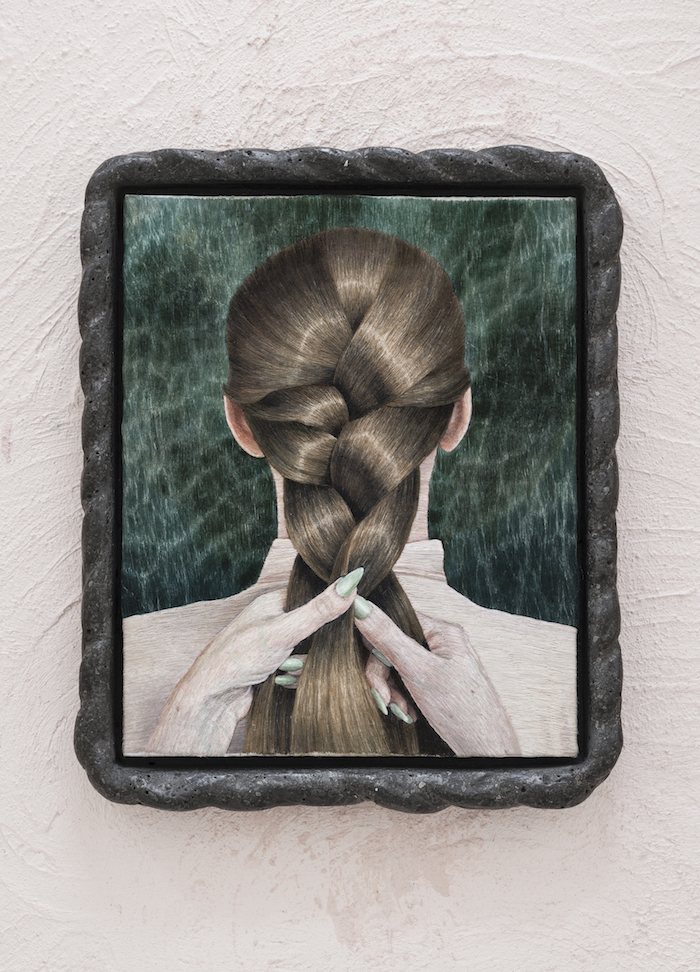 Conceived in collaboration with the artists, a program of events including the Nomadic Nights, a Night of Uncertainty and a series of children’s’ workshops will accompany the exhibition. Every Thursday, the Nomadic Nights event will take participants on a tour of Europe via the performing arts, ranging from “virtual dance” to contemporary flamenco from rap music to video games, and revealing the young generation’s ability to combine tradition and modernity. The projects presented, performed by artists from countries as diverse as Armenia, Hungary, Ireland, or Lithuania, demonstrate a shared desire to transcend borders, meet the other and create as one. 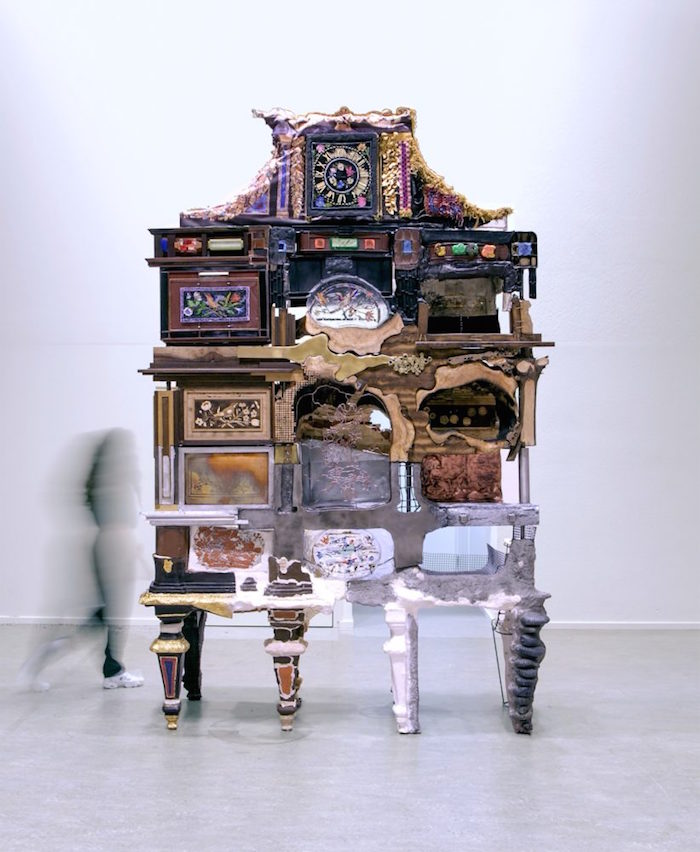