Within the framework of the Fisuras program, the Collections Department of the Museo Reina Sofía has been working together with Niño de Elche (Francisco Contreras, Elche 1985) on Invisible Auto Sacramental: A Sonic Representation from Val del Omar. This project is freely based on Invisible Auto Sacramental, a work that can be seen as the first sound installation in history, which was produced in the early 1950s by José Val del Omar (Granada, 1904 – Madrid, 1982), one of the fundamental artists in the Museum’s collection and a pioneer in experimental cinema and sound art. The project comprises a sound installation based on the original work and reinterpreted by Niño de Elche, incorporating theatrical and musical components, and an exhibition room that contextualizes Val del Omar’s work and the historical background of Spain in 1952, the year that saw the birth of the original piece.

Niño de Elche is one of the most heterodox artists on the Spanish cultural scene. Recognized for his principal facet as a singer, his work encompasses the search for new ways to unite such disparate disciplines as flamenco, performance art, electronic music or rock. This has led him to collaborate with flamenco dancers like Israel Galván, instrumental rock bands like Toundra, and such iconic groups as Los Planetas, with whom he created a band called “Fuerza Nueva” [New Force]. He is currently working on a global project based on researching the audio legacy of Val del Omar, of which this personal re-reading presented at the Museo Reina Sofía is a major part.

Origins of Val del Omar’s Invisible Auto Sacramental
In 1949, Val del Omar started to compose Invisible Auto Sacramental as a sound installation, and in 1952 it was partially performed at the Instituto de Cultura Hispánica (ICH). The installation was conceived as perfectly articulated with an elaborate script that minutely distributed the sound (voices, music, noises) through more than ten loudspeakers, an artistic proposal that meant very advanced technology for the time. Moreover, it is regarded as a sort of “missing link” within the aesthetic development of his work. “Since 2014 I have been taking different approaches to Val del Omar’s unfinished and therefore open work. Most of these approaches were formalized as vocal improvisations inspired by the visual rhythm generated, above all, by his varied and valuable exercises in film recorded in Super-8 format. On the other hand, where my own overflow of sounds and vocals was concerned, my practice consisted of attempts at mimicking Val del Omar’s soundtracks with the machinery of my voices, which could be considered a cyborg experiment”, Niño de Elche explains.

The Auto is the culmination of the experiments in electroacoustics (the storage, amplification or transmission, and repetition of sound by electric means) to which Val del Omar dedicated much of the 1940s, and it introduces some of the concerns that would mark his film production in the ensuing decades. This work helps to explain the leap from the young film-maker and photographer, close to documentary realism and connected with the ‘Pedagogical Missions‘ (Misiones Pedagógicas), to the fully cinematic, abstract and poetic Val del Omar who began in 1954 with his Aguaespejo granadino to present his magnum opus, the Tríptico elemental de España [Elementary Triptych of Spain].

Historical contextualization
The exhibition that can now be seen at Reina Sofía comprises two clearly differentiated parts. The first is a historical and documentary contextualization room set up by Lluís Alexandre Casanovas. It starts showing two pages from one of the four scripts produced by Val del Omar with hand-written notes that tried to give specific explanations of how the voice was to be articulated to achieve the desired tone. The scripts thus include such instructions as: “Act one: resonant voices with an enveloping tone”. As Niño de Elche recognizes, however, “his poetic metaphors are impossible to turn into reality, which is why I’ve done a free interpretation”.

Continuing through the room, we find invitations to the 1952’s performance, photographs from the ICH magazine of when the building was inaugurated, Val del Omar‘s books on sound, music, and science, patents for several of his inventions, and the documents specifying the tasks commissioned from him by Radio Nacional de España, where he worked from 1946 to 1949. Also on display there is graphic material that demonstrates the importance of the use of sound for the diffusion of political propaganda. This first part of the exhibition space explains as well how the ‘Pedagogical Missions‘ of the 1930s functioned regarding to sound, an activity in which the artist from Granada was involved. The members of the ‘Missions’ would go to villages with the material in order to play popular music and songs, bringing this cultural heritage to people of all kinds. For the purpose, they used a gramophone that could either play the music or record the speech of the inhabitants of each village.

The Auto Sacramental reinterpreted by Niño de Elche
The second part of the show is the space dedicated to the sound installation set up by Niño de Elche based on Val del Omar’s work. Autos sacramentals are one-act plays on religious subjects that were very fashionable in the 17th century. People were then generally illiterate, and the autos were used to relate the lives and miracles of religious figures. Authors as significant as Calderón de la Barca wrote several plays of this kind, and Val del Omar in fact turns to Calderón’s Life is a Dream (La Vida es Sueño) or the writings of Federico García Lorca as references for his own composition.

Niño de Elche and his team have based themselves on Val del Omar’s original scripts for his very experimental approach to the Auto Sacramental form to perform a re-reading and create their own version of the piece. There is no information on the music used for the partial performance that took place at the ICH in 1952, so the artist has had total freedom to include his own verses or readapt phrases that appear in the scripts. “Alégrate del dolor y del placer” (“Take joy from pain and pleasure”), for instance, is a phrase in the original script that is sung by Niño de Elche and incorporated in the installation. In tackling the set design, Lluís Alexandre Casanovas has drawn inspiration from what is thought to have been the mise-en-scène at the ICH: “On entering the installation”, Lluís explains, “the visitor will discover a wire structure colonized by tangles of cables, spotlights and light bulbs plugged into sockets and adaptors. Hanging from this structure are fifteen loudspeakers whose horns point challengingly at the visitor, as did the militarized loudspeakers of La Voz del Frente or the ‘Periphonic Circuit’. Ornamented with fairground lights, the loudspeakers become votive lamps”.

The 1952 performance at the ICH is thought to have been similar to a theatrical production, and so to heighten the sensation of attending a stage performance, two rows of four seats have been arranged in the hall so that viewers can sit, although Niño de Elche‘s idea is that the visitor should also be able to wander around the room and feel enveloped by the sound and lighting installation. What is known about the production at the ICH is that there was a large curtain around the stage. That large curtain has been transformed at the Museum into a black cloth of large proportions that shrouds the whole space with a printed animal and vegetable pattern inspired by motifs from the gardens of the Alhambra in Granada. Another of the decorative features of these large cloths is inspired by the nuclear bomb. Val del Omar was obsessed with this device, so the creative team decided that the decoration of these cloths should end by simulating images of thermonuclear scorch marks. 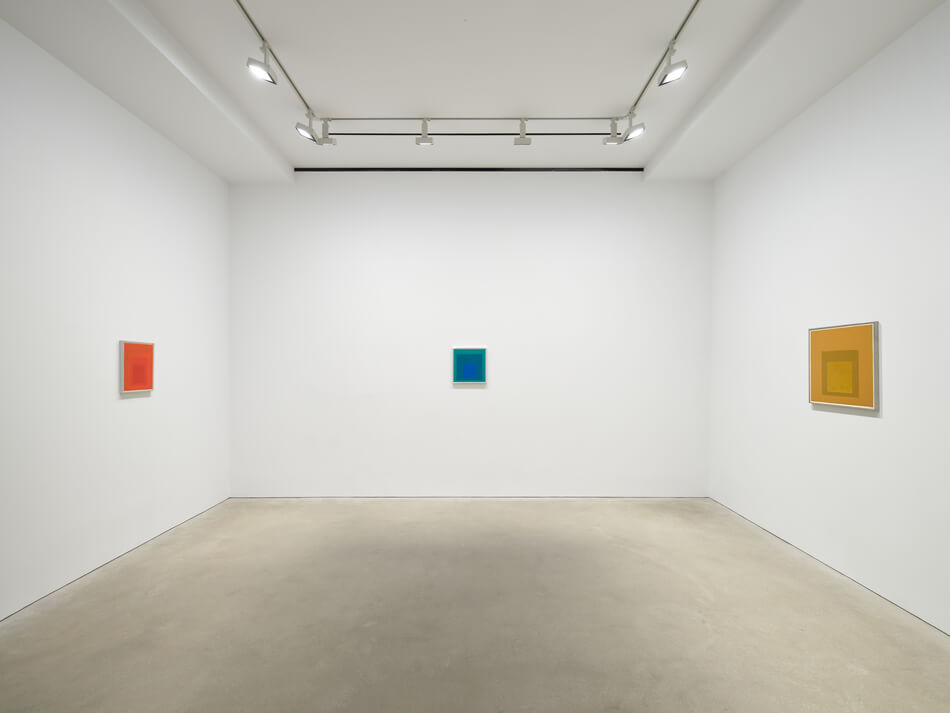 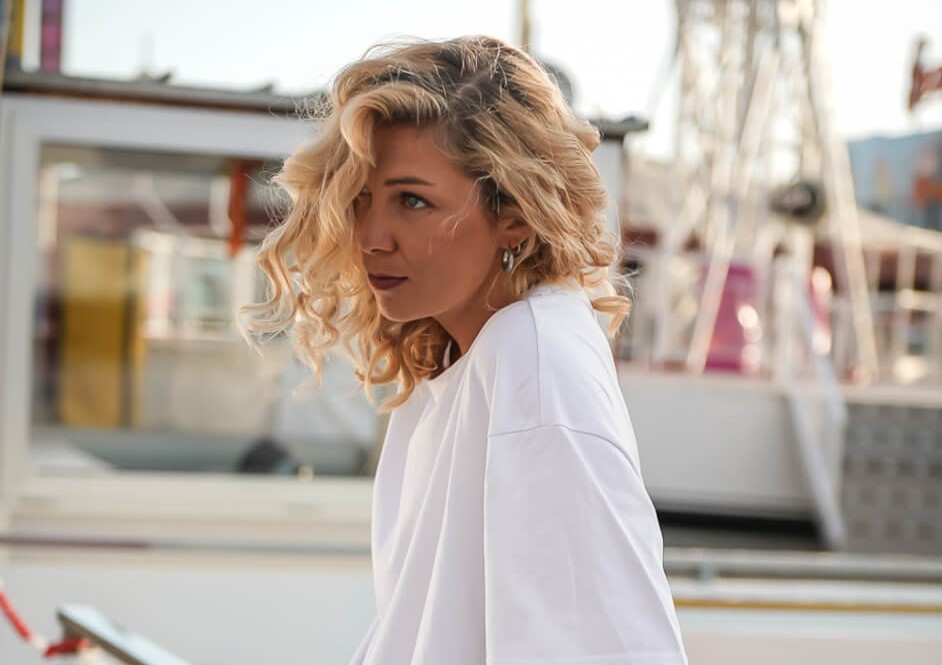