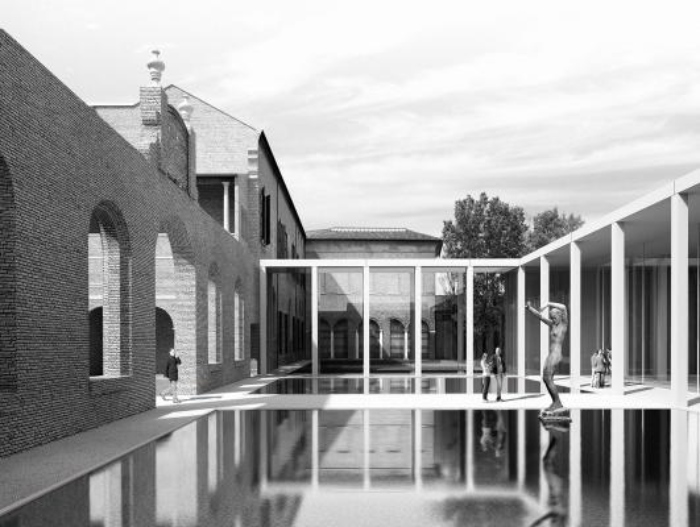 The project is the winning entry of the competition for the renovation of Palazzo dei Diamanti in Ferrara, the famous renaissance building designed by Biagio Rossetti, and the design of a pavilion in the rear garden. The competition brief asked for an addition necessary to close the exhibition itinerary (the old Palazzo is missing its fourth side), along with the renovation of some parts of the Palazzo to accommodate some services affiliated with the exhibition space, such as the bookshop, the cafeteria, the restrooms, and a space for children. 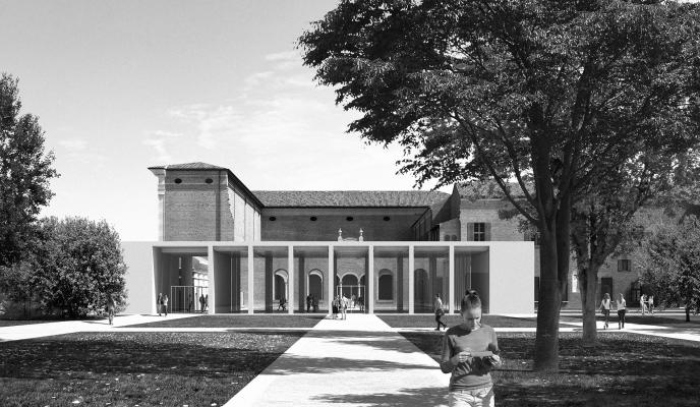 The project for the new exhibition pavilion, which represents the physical and symbolic heart of the project, generate an interplay with the context of the Palazzo through four different strategies:

Shape and geometry
The pavilion bases its formal matrix on the same geometric logic that structures the Palazzo, a choice that allows the new intervention – otherwise different in formal language and materialization – to become a part of the evolutionary logic of the existing building. 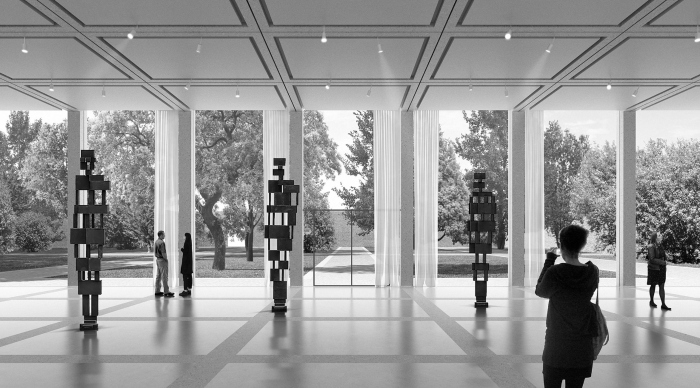 A system of voids and masses
The new intervention is consistent with the spatial structure of the Palazzo and characterized by an alternation of masses and voids: by leaving a space between the new building and the wall that frames the sixteenth-century courtyard a new courtyard is created that enriches the already abundant spatial sequence. 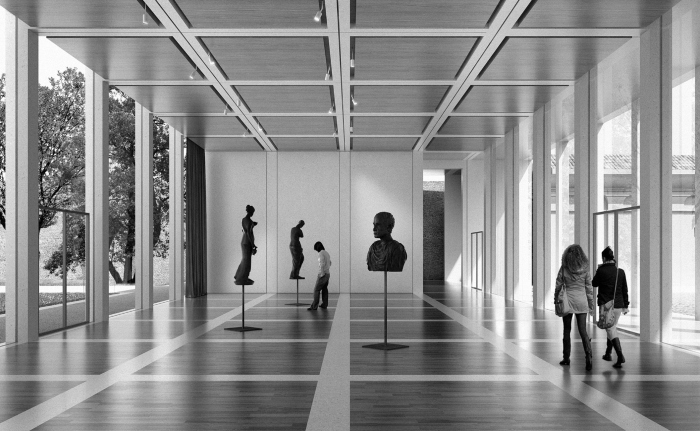 A wall as a threshold
Therefore, the role attributed to the ancient wall that separates the courtyard from the garden is of central importance. Distancing the new building from the existing wall has allowed the preservation of its status as a threshold, an element of transition from one void into: first the geometrical and controlled space of the inner courtyard, followed by the more natural space of the garden. 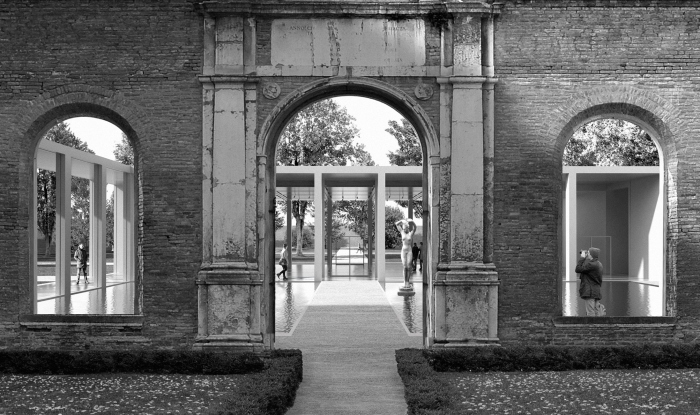 The unfinished state and the relation with time
Finally, the new intervention reflects on the incomplete condition that characterizes the interior facades of the Palazzo – clearly visible in the contrast between the richness of the external marble facades and the barer character of the internal courtyard. Thus, the new pavilion has been conceived as a kind of “nude” structure. 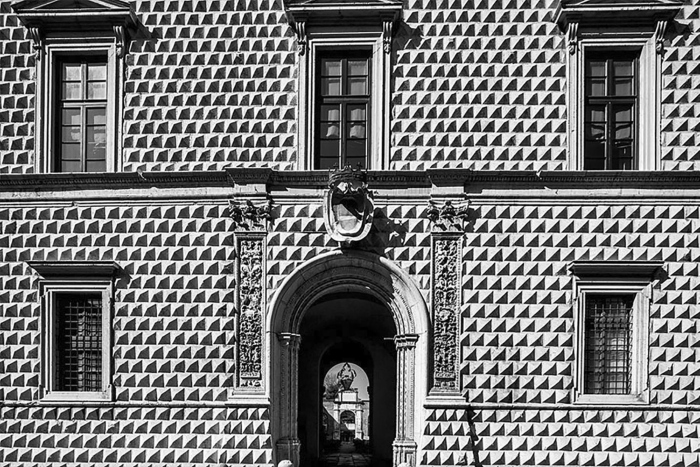