This exhibition celebrates the career and legacy of Black fashion designer Patrick Kelly (1954–1990). First presented by the Philadelphia Museum of Art in 2014, the exhibition presents seventy-nine fully accessorized ensembles, dating from 1984 to 1990, from the Philadelphia Museum’s archive of Kelly’s work to new acquisitions from the Fine Arts Museums of San Francisco’s costume collection.

Kelly drew upon his childhood in the United States South, his African American heritage, his experiences in the club and gay cultural scenes in New York and Paris, and muses from fashion, art, and Black history to create light-hearted yet sophisticated designs that pushed racial and cultural boundaries. The exhibition situates Kelly and his work in the broader context of art and fashion history by exploring the inspirations behind his designs, his significant collection of racist memorabilia (whose images he wrested to tell his own story), and footage from his exuberant and groundbreaking fashion shows.

The exhibition’s sections and themes include the “Runway of Love,” highlighting the designer’s heart-shaped embellishments to his clothing, often composed from his signature buttons. As a child growing up in Vicksburg, Mississippi, Kelly would often lose his buttons, which his grandmother replaced with those of many different colours, a look that Kelly later adapted for his fashion designs. “Fast Fashion” includes designs that Patrick Kelly assembled quickly to sell on the streets of Paris after he moved there in 1979. He dressed his model friends in body-conscious knits, which they would wear around the city, becoming living advertisements of his vision.

These dresses quickly caught the attention of an editor at French Elle magazine, which featured Kelly’s fashions in a six-page spread in February 1985, as well as the Paris boutique Victoire. His first collection was purchased by Bergdorf Goodman, who found Kelly’s designs fun, chic, affordable, and Parisian. The New York-based department store showcased them in a window display reserved for new designers. The section “Beyond Design” explores Patrick Kelly’s originality and unique vision through the presentation of his humorous fashion sketches, provocative and controversial runway show invitations, and personal portraits styled in collaboration with the world’s greatest photographers.

Among the most poignant and private artworks are those in college, which include tributes to his parents and his muse, a Black American entertainer and activist Josephine Baker.

“Mississippi in Paris” features Patrick Kelly’s work that boldly addressed the designer’s upbringing, including racialized imagery drawn from his experiences with racism in the United States and his personal collection of racist memorabilia (artefacts that represent white supremacist views). These included bandana as well as golliwog dresses, the latter of which was adapted as his logo. (A golliwog is a fictional and racist Black character that first appeared in a British children’s book in 1885.

It is a major anti-Black and racist caricature in the United States and the United Kingdom.) Kelly’s adaptation of this symbol would prove extremely controversial in the United States, as the golliwog was (and still is) widely known to be a symbol of racism and hate against Black people. Yet for Kelly, there was power in wresting these images to tell his own story of being Black in the world.

“Hot Couture” is a playful tribute to Patrick Kelly’s muses and to fashion history. Many of Kelly’s own presentations parodied fashion-show traditions and riffed on the work of famed couturiers such as Yves Saint Laurent, Gabrielle Chanel, Elsa Schiaparelli, and Madame Grès, the designer whom Kelly held in the highest regard. A master at draping and manipulating fabric into Greek goddess-like gowns, Madame Grès inspired Kelly’s much more practical knitted jersey dresses with wraps that tied around the body in various ways.

In 1988, shortly after receiving financial backing from the fashion powerhouse Warnaco, Patrick Kelly became the first American and the first Black designer elected into the elite Chambre Syndicale du Prêt-à-Porter des Couturiers et des Créateurs de Mode. Membership in this exclusive group allowed Kelly to present his ready-to-wear collections in the tents at the Musée du Louvre. The section titled “Lisa Loves the Louvre” features designs from this Spring/Summer 1989 collection, for which Kelly fantasized that the museum’s most famous resident, Mona Lisa, invited him to show his latest designs. His collection was a spirited evocation of all his favourite Lisas, from Billie (Holiday) Lisa to the otherworldly Moona Lisa.

The exhibition’s final section, “Two Loves,” is a tribute to Patrick Kelly’s loves, America and France, which were also embraced by his muse Josephine Baker. The designs in this section come from Kelly’s final Fall/Winter 1989-1990 collection and pay homage to cultural icons from both countries, including the Eiffel Tower and the cartoon character Jessica Rabbit. The rousing finale is an allusion to the Casino de Paris music hall, where Baker performed during the 1920s, and which Kelly transforms into the Casino de Patrick.

Patrick Kelly’s promising career was cut short by his premature death on January 1, 1990, from complications related to AIDS. Since his passing, Patrick Kelly’s aesthetic signatures have become part of the lexicon of fashion, and the designer himself has served as a symbol of hope and rallying cry for other designers of colour. The Fine Arts Museums of San Francisco’s presentation of Patrick Kelly: Runway of Love marks the first time that Kelly’s work has been presented by a West Coast museum and allows further opportunity to unpack the social, cultural, and political contexts behind Patrick Kelly’s work. 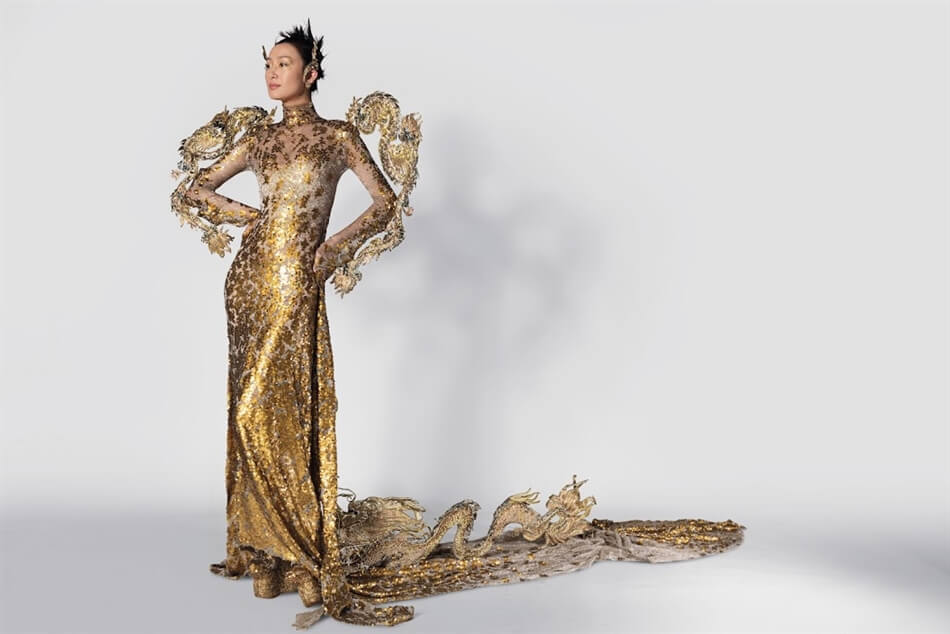 Through exquisite craftsmanship, lavish embroidery, and unconventional dressmaking techniques, designer Guo Pei creates a couture fantasy that fuses the influences of China's imperial past with export art, the grandeur of European court life, architecture, and the botanical world. Read more 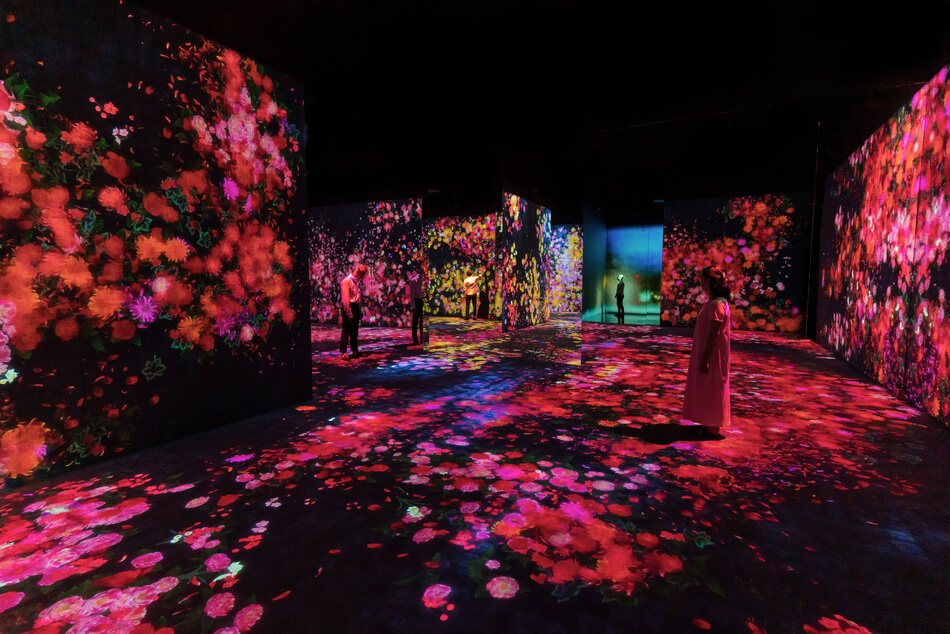 Swirls of butterflies that twirl and fade, sunflowers that bloom and perish, crisscrossing crows in flight, streams of luminous ink, rooms alive with light and feeling. Exclusively at the Asian Art Museum this summer, teamLab: Continuity invites audiences to experience the immersive digital marvels of teamLab - an international art collective based in Tokyo whose exhibitions have achieved record-breaking global popularity. Read more 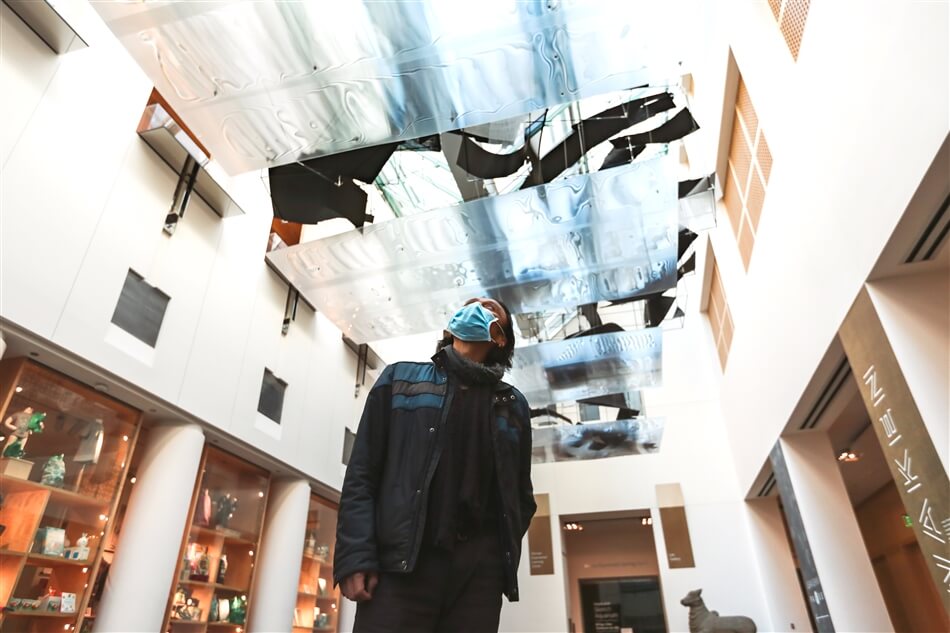 What happens when the invisible is made visible? That question animates a new two-part exhibition by Marin County-based artist Zheng Chongbin (American, b. China, 1961) debuting this month at the Asian Art Museum. Read more

Sweet Land of Funk, currently on view on the third floor of the Museum's Katz Wing for Modern Art, explores the art movements of 1950s San Francisco. A survey of more than 20 works from the Museum's modern and contemporary art collections by Funk and figurative Bay Area artists, including Viola Frey, Jay DeFeo, Bruce Nauman, Richard Diebenkorn, and Manuel Neri, the special installation creates a sense of the City by the Bay, Oakland, Berkeley, and beyond during the storied period of Beat poets and bohemians, of Haight and "Howl," and of counter-culture that questioned conformity, ongoing military conflicts, the disparity of wealth, and other social issues that would fuel the revolution of the Baby Boomer generation. Read more