Curated by Cloé Pitiot, the Centre Pompidou is presenting the first major retrospective devoted to the work of Pierre Paulin, a designer who left his mark on the second half of the 20th century, contributing to a new lifestyle. This retrospective exhibits key pieces that have never or rarely been shown to the public, including the Coupe aux Nénuphars, the Araignée ceiling light and the Bonheur du Jour desk, together with other now iconic items, like the Tripode Cage, the Mushroom and the Tongue. Designer and interior designer Pierre Paulin sculpted space, laid it out and “landscaped” it. His environments, furniture and industrial objects might be simple or spectacular, but were always conceived to serve the body, providing both comfort and cosiness. Pierre Paulin’s particular objects reflected his fascination with technical innovations, like the development of stretch textiles and injection moulding plastic. With over a hundred items of furniture, drawings, models and archives, the exhibition unfolds in a chronological circuit, with a series of stands highlighting Paulin’s collaborations. Thanks to a remarkable donation from the designer’s family in 2015, the retrospective covers the entire 50 years of the designer’s career. This collection of furniture, archives, documents and drawings dedicated to his output, and particularly to his work during of the 50’s and 60’s, sheds light on how Paulin’s work came into being: from hand works to hand works, throught industrial design. Various re-edited items have been placed in the exhibition, where visitors can sit and experience this new lifestyle for themselves. Laurence Fontaine, the exhibition’s scenographer, has chosen Petra Blaisse and the team of Inside Outside to create a curtain especially designed for the occasion. Thought as a true sinuous panel inviting the visitor to move himself in the space, it is inspired by the stand facilities conceived by Pierre Paulin in the 60’s. Translucent or opaque materials, circular or linear cutouts allow the curtain to act as a screen. The device allows a playful game of shadow and light creating many visual impressions of the furniture, silhouettes of visitors or a panel of colors and moving shapes. 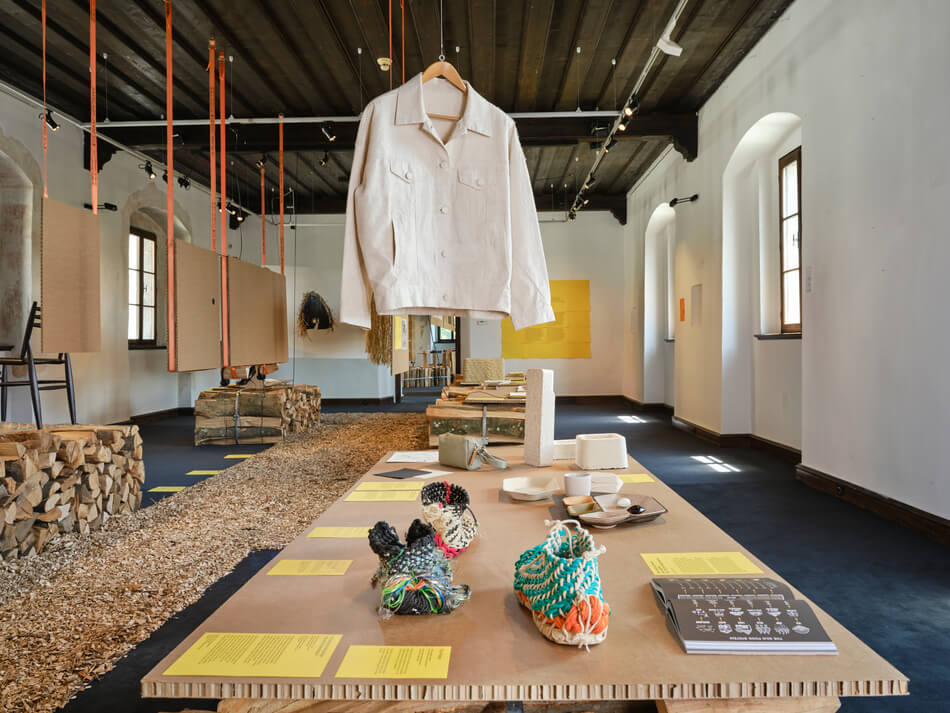