For the Prada S/S 2015 woman show, AMO designs indoor dunes. In between a cave, a desert, and an indoor playground, the set up questions the relationship between outdoor and indoor: purple colored sand invade the space, redefining the existing architecture elements, modifying proportions, turning the show into an unexpected landscape. Based on a concentric organization, the room develops around the central and irregular sand surface: a series of brown carpet covered steps runs along the perimeter, while a thin line of technical lights marks the perfectly white walls as a horizon. Models weave along the dunes edges confronting the regularly lined up audience. The combination between the irregular sand volumes and the geometry of the tribunes modifies constantly the relationship between the spectators and the fashion. According to Miuccia Prada, the collection was a confrontation with antiquity, reflecting, at the same time, the current, gloomy state of the world –a sensation that was further accentuated by the uncanny soundtrack that included “Kiss Me” by Psychic TV & PTV3, taken out of “The Ballad Of Genesis And Lady Jaye” OST. 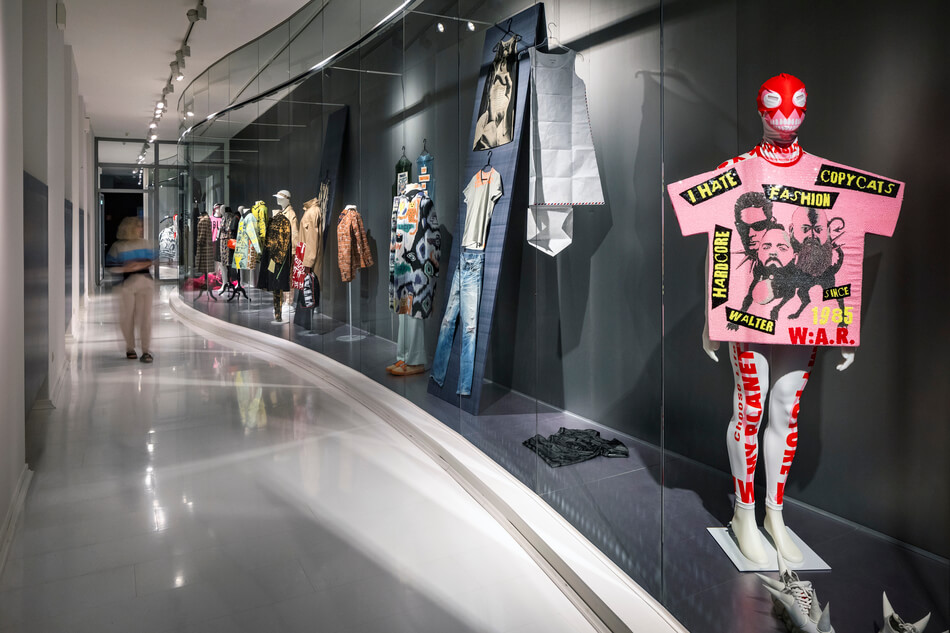