Department store (5,237.9 m2). Mitsukoshi is the first and oldest department store in Japan. Kengo Kuma and associates (Kkaa) renewed their main store in Nihonbashi to a “white and shiny forest”.

They placed a tree canopy on each pillar, which is made of aluminum panels set in different angles. The panels had been cut based on the data generated by a 3D program. The trees’ canopies are repeated to create a “forest” in the urban environment. A LED light is installed on each canopy so that Kkaa could get add an effect of komorebi (=light in a forest filtering through the tree leaves) in the space.

The Mitsukoshi building, designed by Tamisuke Yokokawa, has been designated as Japan’s Important Cultural Property. With this project, the building regained its glamor and was reborn to enliven the downtown culture of Tokyo.

Sweco's head office in Stockholm is no typical workplace. Here, Sweco's architects, engineers and environmental experts work together to plan and design the societies and cities of the future. Together with the property owner, we have reshaped the Sweco Building in line with the company's philosophy and commitment to sustainability, energy conservation, creative encounters and continuous change. The building supports our way of working and enables us to show that we practice what we preach. Read more

ICD Brookfield Place is an office and retail development located in the heart of the Dubai International Financial Centre district (DIFC). The mixed-use development includes a 53-storey tower featuring world-class workspaces, set within an urban setting that celebrates its location and makes a positive change to the area around it. Read more 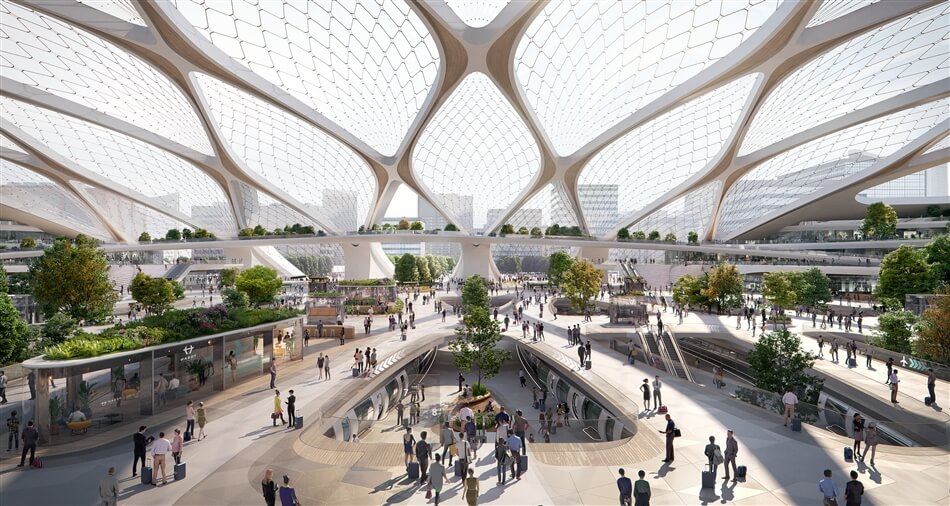 the Hardt Hyperloop Hub: a vision for the future of European Hyperloop stations, and a study of how the Hyperloop can incorporate itself into cities and towns of different sizes and contexts, brought to you by our UNSFutures team. Read more