The Brooklyn Museum Announces Studio 54: Night Magic, the First Exhibition to Explore the Trailblazing Aesthetics and Continuing Impact of New York City’s Legendary Nightclub. Highlighting the revolutionary creativity, expressive freedom, and sexual liberation celebrated at the world-renowned nightclub, the exhibition will present nearly 650 objects ranging from fashion, photography, drawings, and film to stage sets and music. Following the Vietnam War, and amid the nationwide Civil Rights Movement and fights for LGBTQ+ and women’s rights, a nearly bankrupted New York City hungered for social and creative transformation as well as a sense of joyous celebration after years of protest and upheaval.

Low rents attracted a diverse group of artists, fashion designers, writers, and musicians to the city, fostering cultural change and the invention of new art forms, including musical genres such as punk, hip-hop, and disco. In a rare societal shift, people from different sexual, sociopolitical, and financial strata intermingled freely in the after-hours nightclubs of New York City. No place exemplified this more than Studio 54. Though it was open for only three years-from April 26, 1977, to February 2, 1980-Studio 54 was arguably the most iconic nightclub to emerge in the twentieth century. Set in a former opera house in Midtown Manhattan, with the stage innovatively re-envisioned as a dance floor, Studio 54 became a space of sexual, gender, and creative liberation, where every patron could feel like a star.

Studio 54: Night Magic is the first exhibition to trace the groundbreaking aesthetics and social politics of the historic nightclub, and its lasting influence on nightclub design, cinema, and fashion. The exhibition is curated and designed by Matthew Yokobosky, Senior Curator of Fashion and Material Culture, Brooklyn Museum. “Studio 54 has come to represent the visual height of disco-era America: glamorous people in glamorous fashions, surrounded by gleaming lights and glitter, dancing ‘The Hustle’ in an opera house,” says Yokobosky. “At a time of economic crisis, Studio 54 helped New York City to rebrand its image, and set the new gold standard for a dynamic night out. Today the nightclub continues to be a model for social revolution, gender fluidity, and sexual freedom.”

Anne Pasternak, the Brooklyn Museum’s Shelby White and Leon Levy Director, adds, “At this current moment in history, when struggles for liberation often collide with restrictive social norms, we are excited to present Studio 54: Night Magic. The exhibition encourages visitors to reflect on a significant era in our shared history and challenges us to consider the future and the many ways we can create a freer and more just world.” Studio 54 was founded in 1977 by Brooklyn-born entrepreneurs Ian Schrager and Steve Rubell, who met while students at Syracuse University. The pair had dreams of opening a disco club in the center of New York City, where roller-skating rinks, Black and Latinx dance culture, and gay underground nightclubs were gaining popularity.

The design of the exhibition itself is inspired by Studio 54’s original lighting and features innovative sets and audio elements that highlight the popular music and film of the era—including chart-topping songs like “Le Freak,” famously written after the band Chic was denied entry to the nightclub’s 1977 New Year’s Eve party, and “I Will Survive,” Gloria Gaynor’s B side that became an anthem after it was championed by Studio 54’s DJ Richie Kaczor. Studio 54: Night Magic is organized chronologically, starting with a look back at popular New York nightclubs from the 1920s to the 1960s, including the Cotton Club, the Tropicana, El Morocco, and the Peppermint Lounge, which became dynamic venues that brought together groups of people of diverse backgrounds, sexual expressions, and sociopolitical beliefs.

Through photography and video, the exhibition introduces New York City in the 1970s, and showcases the unique new forms of artistic expression that proliferated during this period, with particular emphasis on disco music. The exhibition explores the development and creation of Studio 54, including original blueprints, sketches, and models not seen since the 1970s, which trace the renovation of the former Gallo Opera House and CBS soundstage on West 54th Street that would become Studio 54. Featured designers and artists include Richard Bernstein and Antonio Lopez; and Aerographics (Richie Williamson and Dean Janoff), who designed the huge “Moon and Spoon” sculptural decoration that hung inside the club, Academy Award–winning set designer Tony Walton, Tony Award–winning lighting designers Jules Fisher and Paul Marantz; Ron Ferri; and architect Scott Bromley.

In addition, a selection of rarely seen items and ephemera from Studio 54 staff members Carmen D’Alessio, Marc Benecke, and Myra Scheer will be highlighted. As the popularity of the club escalated, the business practices of the owners, Ian Schrager and Steve Rubell, came under scrutiny, resulting in brief prison sentences for both and the liquidation of Studio 54 in February 1980 (Schrager received a full pardon from President Obama in January 2017). The exhibition explores Schrager and Rubell’s years following their release, when, dubbed “Comeback Kids” by New York magazine, the pair produced the highly popular New York nightclub Palladium and later developed the concept of “boutique” hotels, beginning with Morgans and the Paramount.

In the 1980s, Rubell learned he had contracted AIDS, and he passed away in 1989. A section of the exhibition is devoted to the artists, friends, and patrons of Studio 54 who died from AIDS and other causes. In its short lifespan, Studio 54 became a social phenomenon and made a profound impact on contemporary culture. The exhibition concludes with a presentation of Studio 54’s influence on nightclub design and its lasting legacy within the fashion and beauty industries. Contemporary fashion designs from CARR, KENZO, Rick Owens, and others demonstrate how the dazzling disco aesthetics of Studio 54 continue to inspire creative people today. 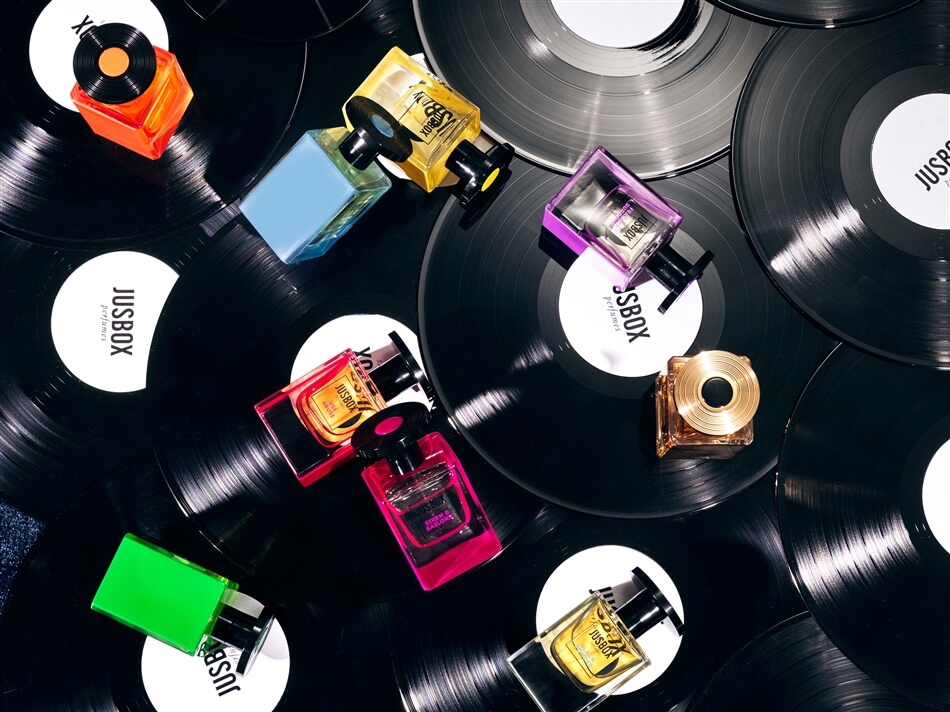 Jusbox Perfumes is the encounter between Music and Perfume merging into one sound that evokes pure emotion. Music is the inspiration for each and every Jusbox fragrance. Music and Perfume share an extraordinary power: intensely –and yet involuntarily – they share the ability to bring back the most hidden, emotions and memories. A scent that marked a specific moment in your life comes flooding back andsuddenly memories re-emerge. Read more 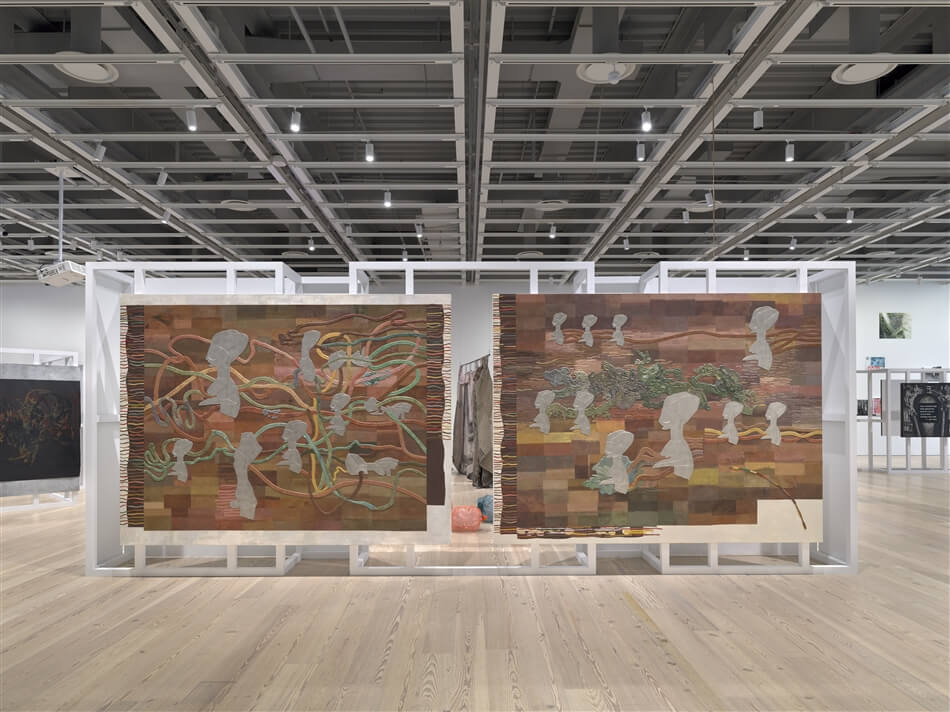 In 2022, the Whitney will present the eightieth edition of its flagship exhibition, the Whitney Biennial. Established in 1932 by the Museum's founder Gertrude Vanderbilt Whitney, it is the longest-running exhibition of its kind. Read more 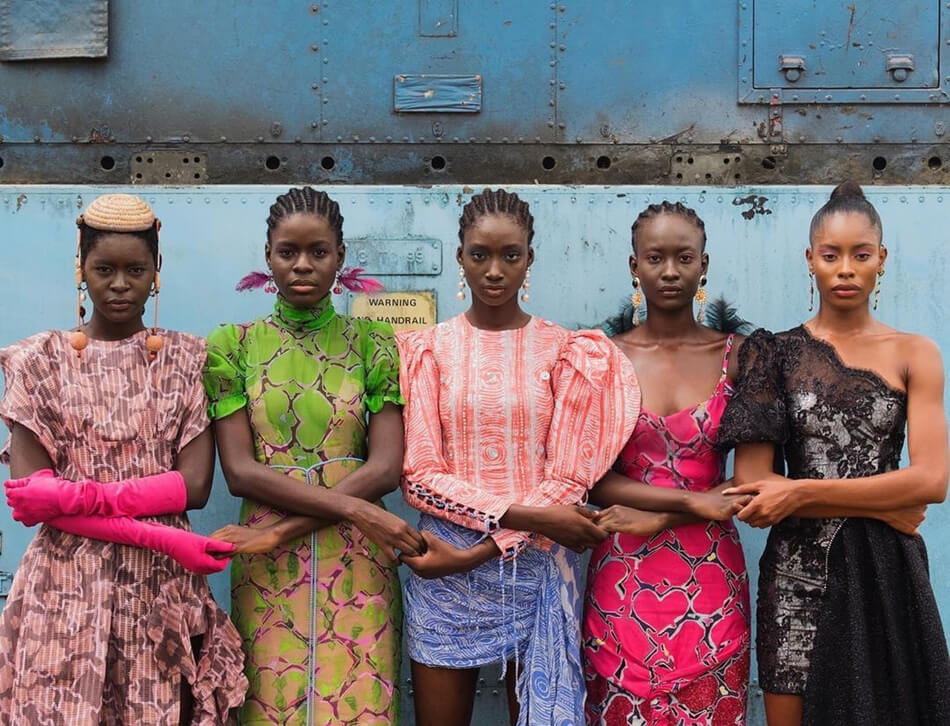 Opening 2 July 2022, the exhibition will be the UK’s most extensive exhibition of African fashions to date, celebrating the vitality and innovation of this vibrant scene, as dynamic and varied as the continent itself. Read more