MILES ALDRIDGE – «The Age of Pleasure» MILES ALDRIDGE – «The Age of Pleasure»

This spring, Christophe Guye Galerie hosts The Age of Pleasure – a major exhibition of photographer Miles Aldridge’s work, to coincide with the publication of the book  I Only Want You to Love Me, published by Rizzoli. This is the first solo exhibition of his work to date in Switzerland and will include small, medium and large scale photographic prints from throughout his career including previously unpublished material. A fiercely original photographer, Miles Aldridge is best known for the technicolor dream-like worlds he creates and the glamorous, beautiful women who inhabit them. Aldridge creates ultra-cinematic images, drawing inspiration from film directors such as David Lynch and Federico Fellini as well as the psychedelic graphic design of his father, Alan Aldridge. Aldridge’s photographs often depict women in haute-Stepford mode splashed with lurid candy colors. He captures his subjects in a state of dramatic contemplation, making them more complicated and intriguing than simply beautiful. As Glenn O’Brien describes, “Miles Aldridge constructs dreams. He understands the essential ingredients of the dream and he uses impeccable instinct in crafting the fragmented narratives an exquisite tapestry of right and wrong [defying] our waking order of things, our expectations and sensibility.” Born in London in 1964, Aldridge studied illustration at Central St Martins, and briefly directed music videos before becoming a fashion photographer in the mid-90s. He has published his work in many influential magazines including Vogue Italia, American Vogue, Numéro, The New York Times and The New Yorker. His work was showcased in Weird Beauty at the International Center for Photography in New York in 2009, and he has works in the permanent collection of the National Portrait Gallery, London and the Victoria & Albert Museum, London. In addition he was invited to create a series of photographic prints, inspired by art, to celebrate the opening of the new Tate Britain. 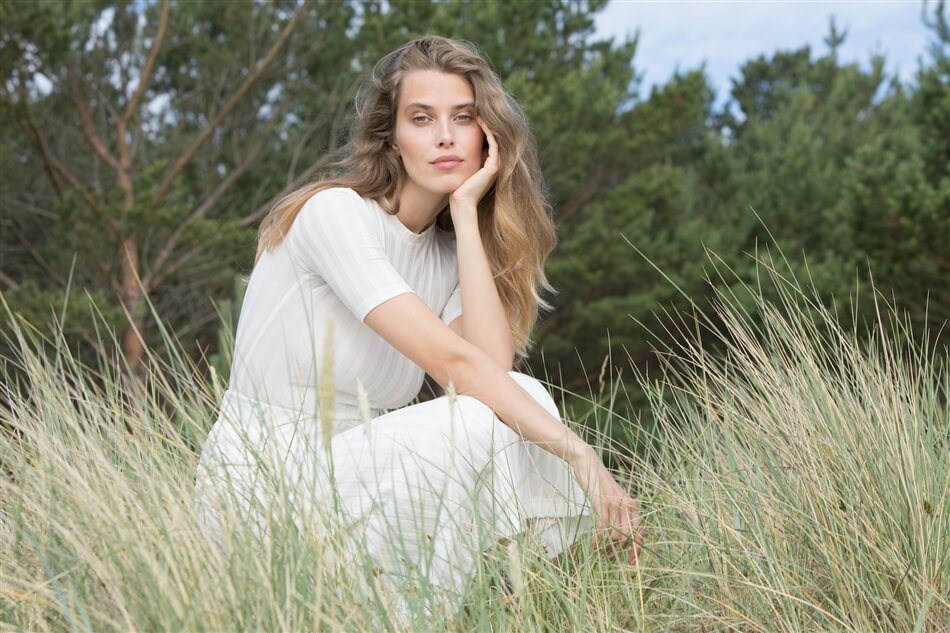