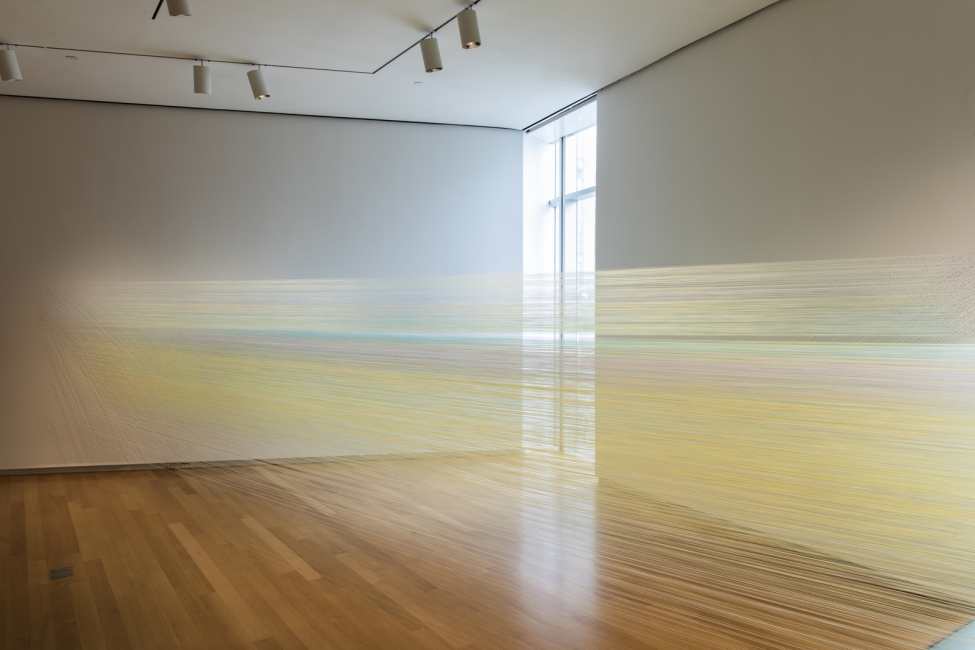 Image courtesy of Museum of Arts and Design

Using heavyweight, colored thread drawn taut through space, Anne Lindberg expands both fiber and drawing practices into the spatial and architectural realms. She builds her site-responsive installations by walking hundreds of thread lines across the space – scaling up, and making bodily, the act of drawing. The effect is that of clouds of color suspended in air, a formal accomplishment that considers the light, architecture, and movement around and through a site. 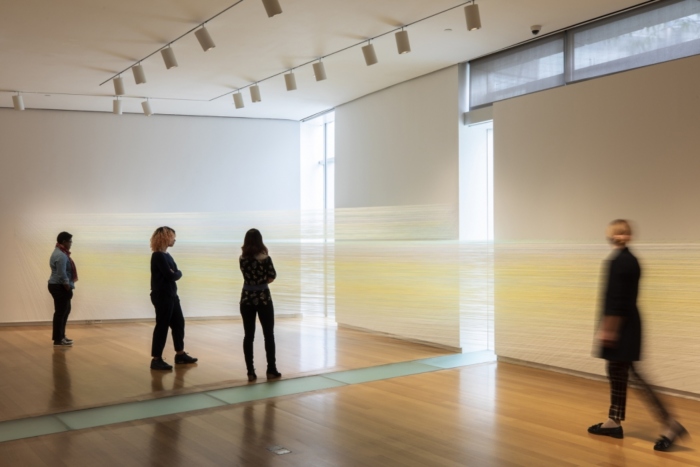 The eye’s level pairs one such installation, composed in pearlescent tones to create a shimmering, luminescent color field, with one of Lindberg’s large-scale pencil drawings on mat board. The exhibition makes material and fixes in time the sensation and affect of a cool ray of midmorning light raking across the gallery.

Lindberg‘s installations provoke emotional, visceral, and perceptual responses to color, light, architecture, time, and movement. Interested in the relationship between deep thinking and composing, especially as the latter develops and unfolds through walking, Lindberg forefronts movement as a significant component in her making, characterizing her studio practice as a paced and daily conversation with place. 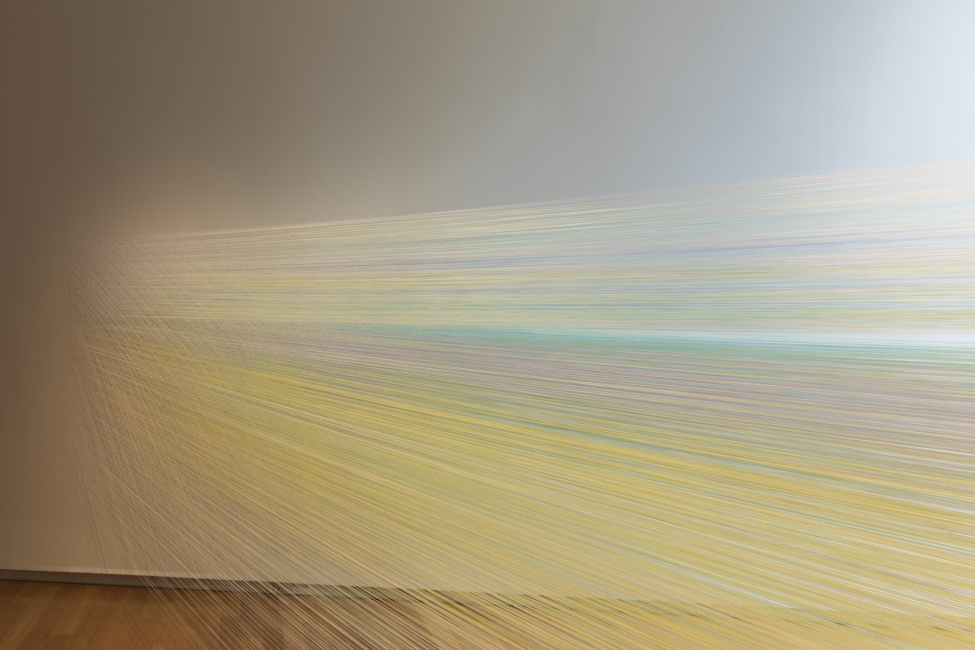 Image courtesy of Museum of Arts and Design

The artist’s first solo exhibition in a New York City museum, the eye’s level furthers her investigation into the building of color fields through the accumulation of thread as line, stitched, so to speak, into the walls.